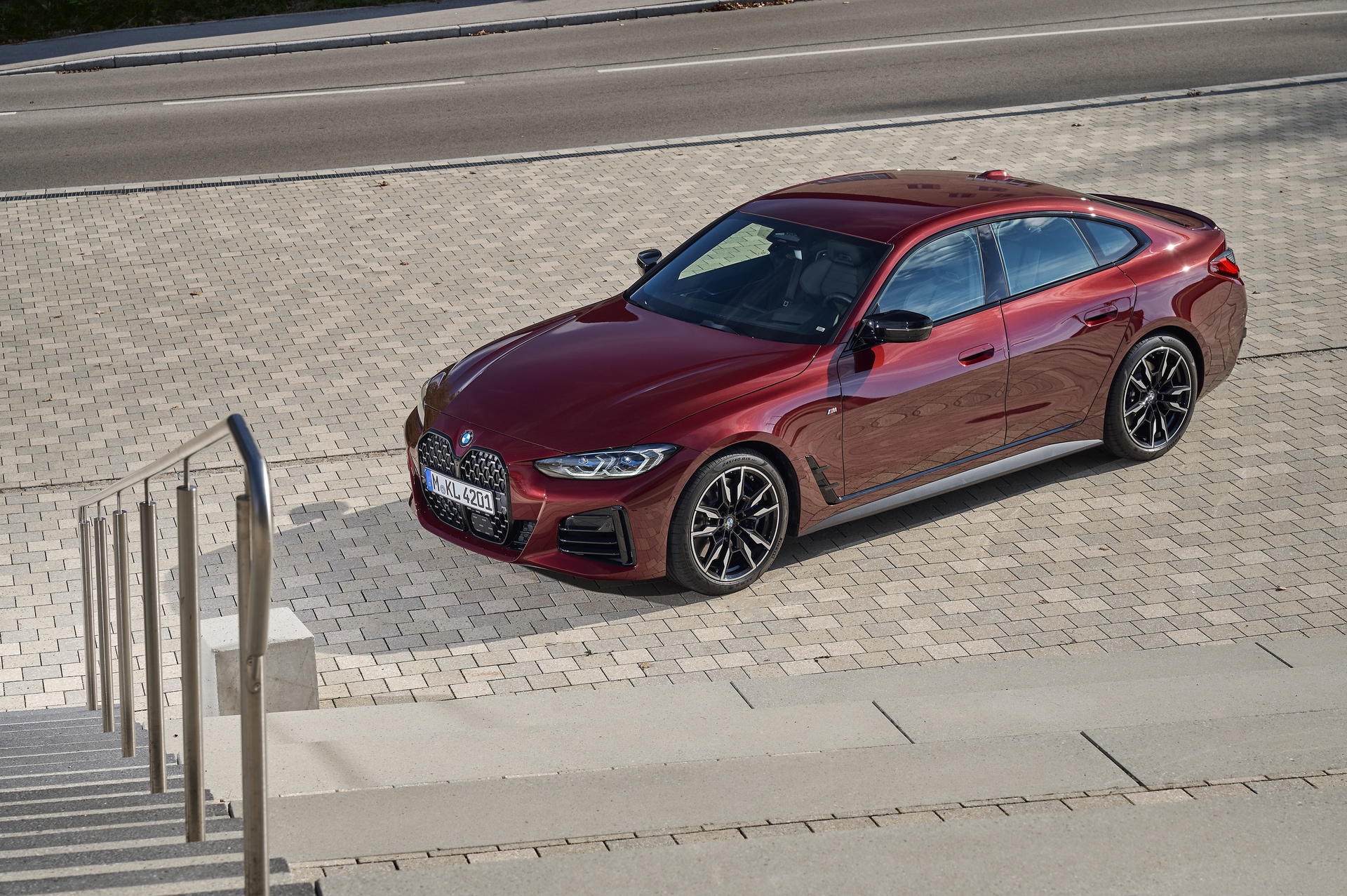 The new BMW M440i Gran Coupe is an interesting new car. As the follow up to the first, and beloved, generation of 4 Series Gran Coupe, the M44oi is the fastest and most high-performance gasoline-powered version yet. And yet, it might actually be smoother and more comfortable than ever before, which keeps it from being a proper performance version, despite the “M” in its name. With that said, what makes the M440i worth the price premium of the M340i and is it than the cheaper 3 Series?

In our new video, Horatiu drives the BMW M440i Gran Coupe in Germany, on some twisty back roads and even the Autobahn to find out what the new four-door 4er is all about. His test car was a loaded M440i painted in Aventurine Red and featured a black interior, so it looked sporty but not overly so.

Under the hood is BMW’s ubiquitous 3.0 liter turbocharged inline-six with 382 horsepower and 369 lb-ft of torque (500 Nm). Its paired with an eight-speed automatic transmission only, as well as xDrive all-wheel drive. There’s no manual, nor rear-wheel drive, available in the M440i Gran Coupe, regardless of market. Still, it’s an engine/transmission combo that works brilliantly, as always.

Despite being an M Performance car, you can tell the BMW M440i Gran Coupe was designed to be smooth and luxurious, too. Its ride is surprisingly comfortable, its cabin is quiet, and it just feels a bit more mature than the 3 Series. Plus, its hatchback trunk makes it considerably more practical than a 3er.

There’s also the design. The BMW M440i Gran Coupe features the brand’s new enormous kidney grille design. While some love it, some also hate it. Horatiu says that he didn’t like it at first but he’s gotten used to it and it doesn’t bother him anymore. That’s likely the case for most customers. The 3 Series has a completely different design, though, so that grille could play a huge factor into which car customers choose.

In the end, would Horatiu buy the BMW M440i Gran Coupe over the BMW 3 Series? Yes, he would.