With the sun gradually sunsetting on the internal combustion engine, stricter emissions regulations are forcing more and more automakers to reduce their diesel offerings while focusing on making gasoline units greener before switching to EVs. The oil-burner is still going (relatively) strong in Europe where BMW offers a wide variety of models running on what some have referred to as Devil’s fuel.

For those who are still fans of diesel engines in sporty cars, the tuning scene is still quite focused on extracting more power from what was until a few years ago the most popular engine type sold on the Old Continent. British aftermarket specialist Darkside Developments has been working on a client’s previous-generation BMW 4 Series coupe in the 430d specification, and after bumping output to just under 400 hp, the owner shortly came back for even more power. 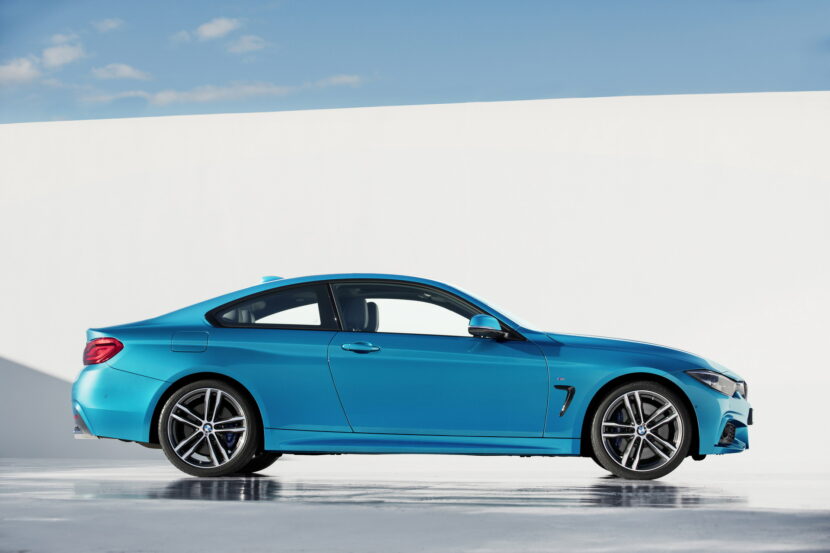 After heavily modifying the N57N straight-six diesel engine, the car was tested on a dyno where the 3.0-liter mill pushed out 454 horsepower and a mountain-moving 1,016 Newton-meters (750 pound-feet) of torque. It’s safe to say that’s quite a bit more than the standard output of 255 hp (190 kW) and 560 Nm (413 lb-ft) delivered by the stock engine in the F32-generation 4 Series Coupe.

Extracting so much extra power took a lot of effort, aside from the usual engine remap. The 4er uses the tuner’s own GTD2873VR turbocharger as well as custom fuel injectors and a high-pressure fuel pump. Rounding off the tweaks are upgraded cams for better airflow, allowing the engine to smash the 1,000 Nm barrier. All mods are listed on Darkside Developments’ website. Mind you, these staggering output numbers are available at the flywheel, so for wheel horsepower, you need to take into consideration the typical 10-15% drivetrain loss.

With all that torque going to the rear wheels only, this 430d must be quite a handful to control when pushed hard. It makes choosing a quality set of tires more important to put the four-digit torque to the road in the most efficient way possible.