A couple of years ago, BMW made some interesting news with its Reversing Assistant technology. It was a function that would remember the last fifty meters of forward driving and, if engaged, could reverse on its own along the exact path you previously drove it on. While a bit of a niche function, it was incredibly helpful for certain scenarios.

For instance, if you had to navigate a tight parking garage or a long, narrow driveway and didn’t want to deal with doing it again in reverse, the car would reverse for you, mimicking your forward inputs. Now, though, with the BMW iX and i4, feature a new an improved version, dubbed BMW Maneuver Assistant. 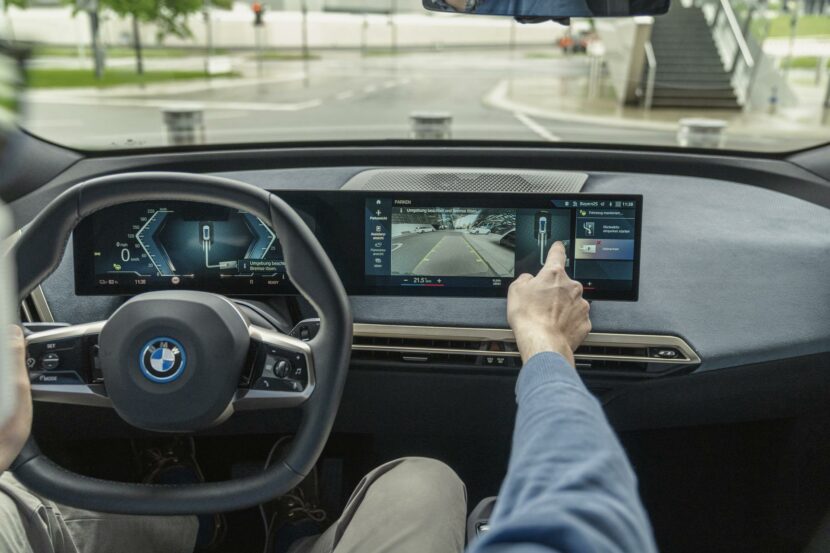 Why the name change? Because the new Maneuver Assistant has far more functionality than the outgoing Reversing Assistant. One of which is its ability to save and store memorized reverse paths. For instance, if you have a long, tricky driveway, pull in correctly once and you can save that exact path. This way, when it’s time to reverse, it uses that specific path each and every time. So if you’re a bit tired one night and you pull in a bit wonky, it’s not going to use that path as its memory for next time.

Up to ten paths can be saved, though the longest a single path can be is 200 meters, with only up to 600 meters total. So the limit is ten paths or 600 meters, whichever comes first.

It also can self-correct by up to 30 cm (almost 12 inches), in case it needs to maneuver around a new obstacle in is its path that wasn’t upon entry. It will always revert back to its original path but there’s some wiggle room now, for self-correction. Interestingly, it can also make multiple-point turns throughout the path.

So if a three-point turn, including forward driving, is involved, it can remember and replicate it. It’s not just a simple reverse out of a driveway, then, but an actual complex path that can include multiple-point turns.

The BMW iX Reversing Assistant will remember 50 yards of forward driving, at speeds up to 22 mph, and use those last 50 yards to create the path. If it’s one you’re likely to use often, you can save that path and the car will use GPS to determine when you can use it.

In this new video, we show off a demonstration of the BMW iX reversing itself out of a parking spot, navigating an underground car park, and pulling into a parking space, all on its own, using a pre-recorded path. It’s not autonomy, as the path was pre-recorded and the driver needed to apply the brake and throttle, but it’s one helluva nice feature.