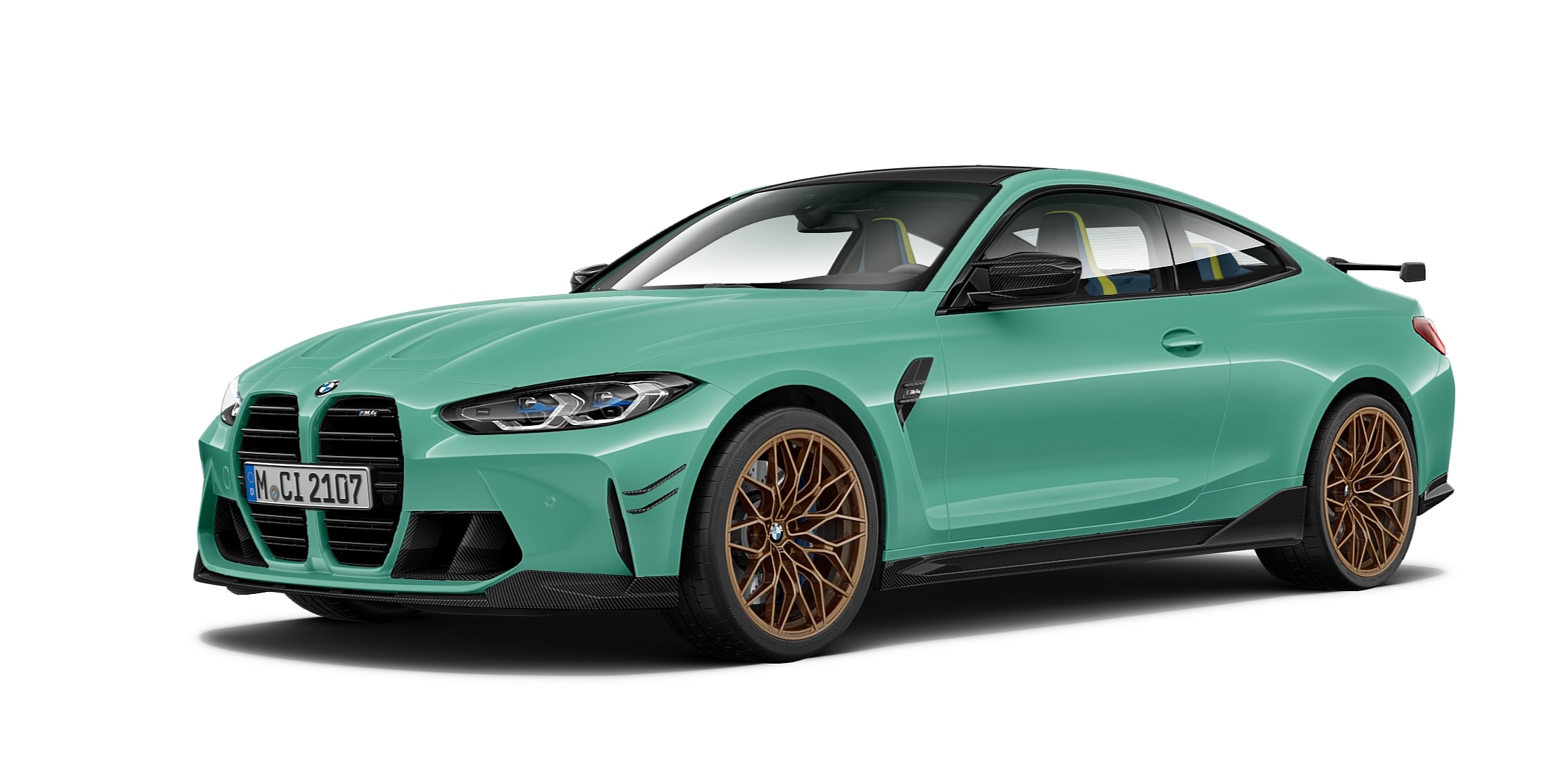 This new BMW M4 is about the most controversial looking Bimmer since… maybe ever, actually. Bangle’s E65 7 Series might have been more controversial in its time but that’s really the only BMW in recent memory that stir up as much anger as this new M4. Its massive grille and super aggressive design give it a very love it or hate it look. However, one thing that does help its design is a vibrant paint color. With a bright, vibrant color, the M4’s intense looks make a bit more sense. For example, this Mint Green BMW Individual BMW M4 Competition.

Seen here at the BMW Welt, the BMW M4 Competition look surprisingly good in the Individual Mint Green paint. Its vibrancy contrasts nicely with the black accents and really makes them pop. Not only that but it also sort of takes your eyes off the massive grille, which eases the visual impact of it. And because the color is so easy on the eyes, it sort of just brightens up the entire car.

The rest of the car is decked out in M Performance Parts, so it wears a carbon fiber rear diffuser, along with the oddly stacked quad tailpipes. Stacked exhausts aren’t anything new for the industry but they are unusual for a BMW. Up front, there are little carbon fiber canards, which admittedly do absolutely nothing and just look cool but there’s nothing wrong with looking cool.

Aside from the color and the M Performance Parts, it’s still an M4 Competition under the skin. Which means it uses a 3.0 liter twin-turbocharged I6 to make 503 horsepower and 479 lb-ft of torque. Its eight-speed auto sends the power to its rear wheels, through an electronically-controlled limited-slip rear diff. It’s also excellent to drive and makes up for all of its odd looks with its sensational dynamics. The Mint Green doesn’t hurt, either.