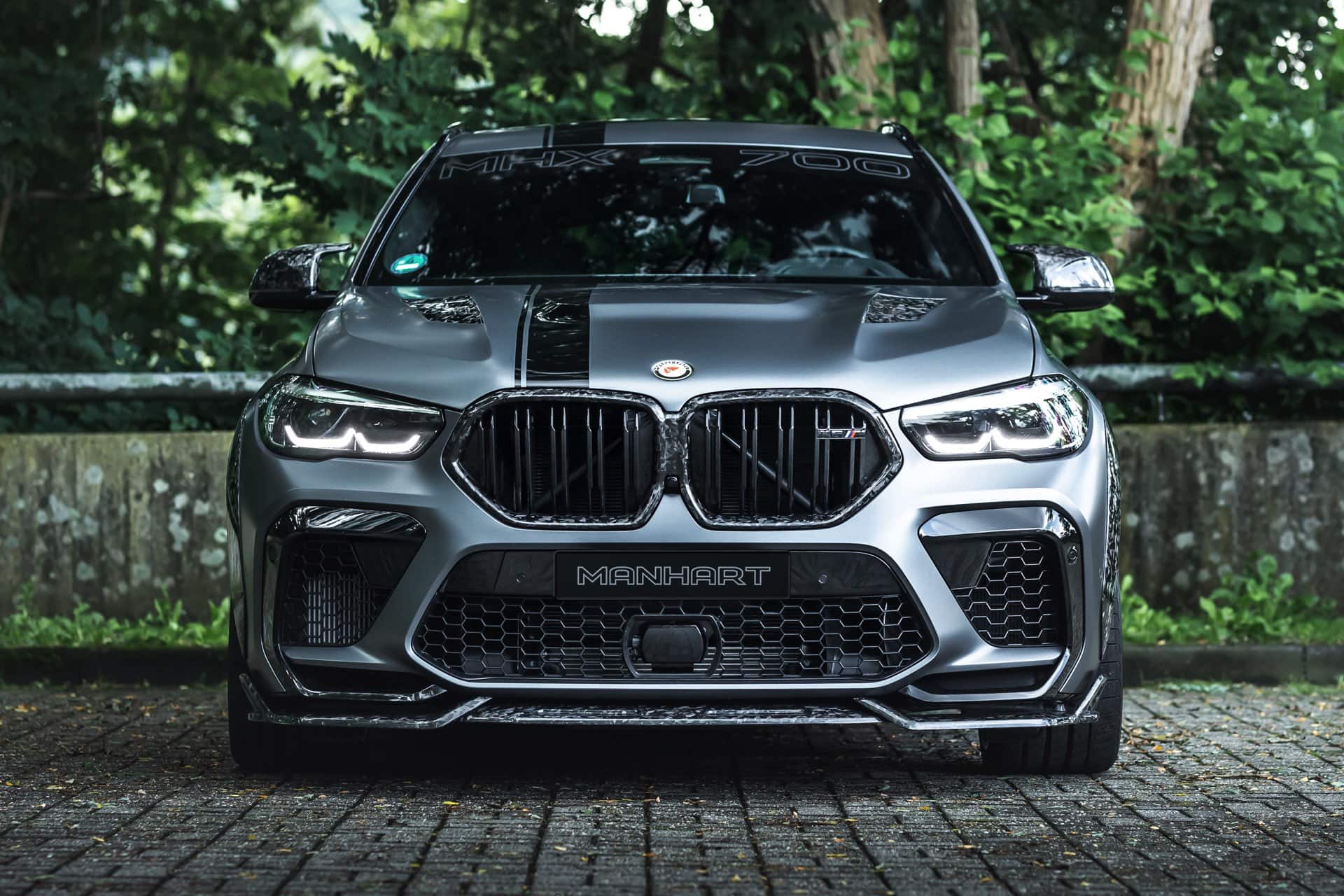 The new BMW X6 M Competition is one of the most impressive SUVs in the market. Built upon the X6 Sports Activity Coupe, the M SUV weighs around 2,400 kg (5,291 lbs) but it comes with massive power: 625 horsepower and 750 Nm of torque (553 lb-ft). Yet, the X6 M can delivery much more. And that’s exactly what the German tuner MANHART set to show us. Their latest project is named MANHART MHX6 700 WB and comes with a massive power upgrade: 730 hp and 900 Nm (664 lb-ft). To achieve that power bump, MANHART used an MHtronik auxiliary control unit is used and an ECU remapping. 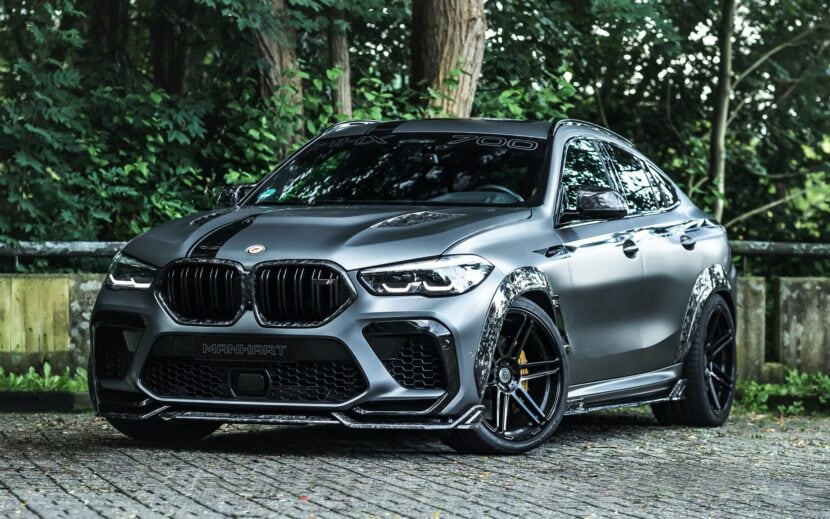 The MHX6 700 WB customer also gets a choice of four 100-millimeter tailpipes of the MANHART stainless steel exhaust system with valve function and ceramic-coated or carbon-coated tailpipes. Optional (without TÜV, for export only) are MANHART Race downpipes without catalytic converters as well as OPF-Delete replacement pipes and OPF/GPF-Deleter.

WB in the car’s name stands for widebody, so as you’d expect, some extra work was applied to the X6 M’s body. The 24-piece widebody bodykit is made of artistic forged carbon, with a fiber structure whose irregularity is almost reminiscent of polished marble or granite. This bodykit includes a front spoiler, radiator grille, two-part rear spoiler, rear diffuser, side skirts, multi-part wing extensions, exterior mirror housings and other Forged Carbon parts. 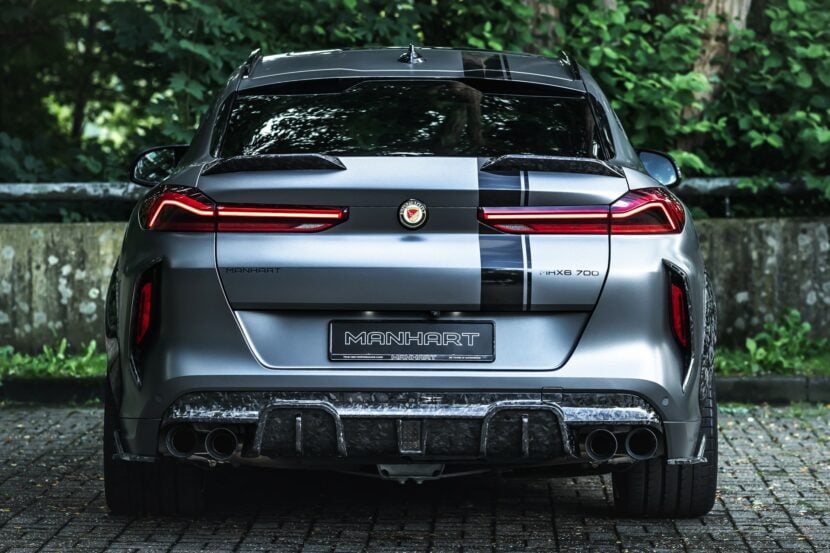 In addition, MANHART combined a bonnet, also made of Forged Carbon on the MHX6 700 WB project car, which displays its fiber structure on clear-coated air vents.  The rest of the body is wrapped in a “Matte Charcoal Metallic” full wrap with gloss black contrasting MANHART decals.

There is no MANHART project without some custom wheels. In this case, the MANHART Concave One, double-spoke forged wheels in satin black fill the widebody wheel arches. The 10.5×22 at the front and 11.5×22 inches at the rear are wrapped in 295/30R22 and 315/30R22 tires. The ride height was also lowered by around 30 millimeters. 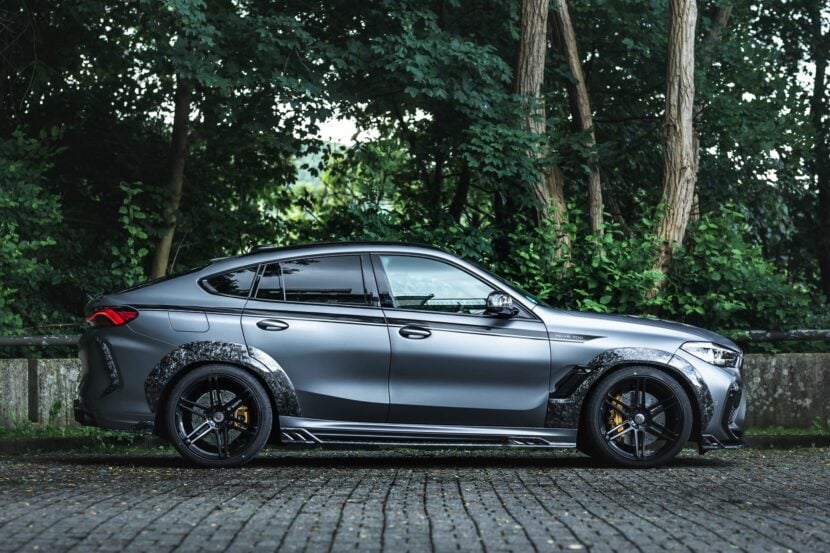 The brake system remained standard on the  MANHART MHX6 700 WB – with the exception of an individual MANHART design for the multi-piston calipers; individually configurable upgrades can be made here on request.

Inside, the Manhart X6 M gets a twelve-piece Forged Carbon interior kit sets shimmering accents. The short-fiber high-tech fabric adorns the dashboard, center console and door panels as well as the spokes and gearshift paddles of the M sports steering wheel. Forged Carbon is also used on a large scale on the two-piece backrest shells and the console trim of the sports seats. 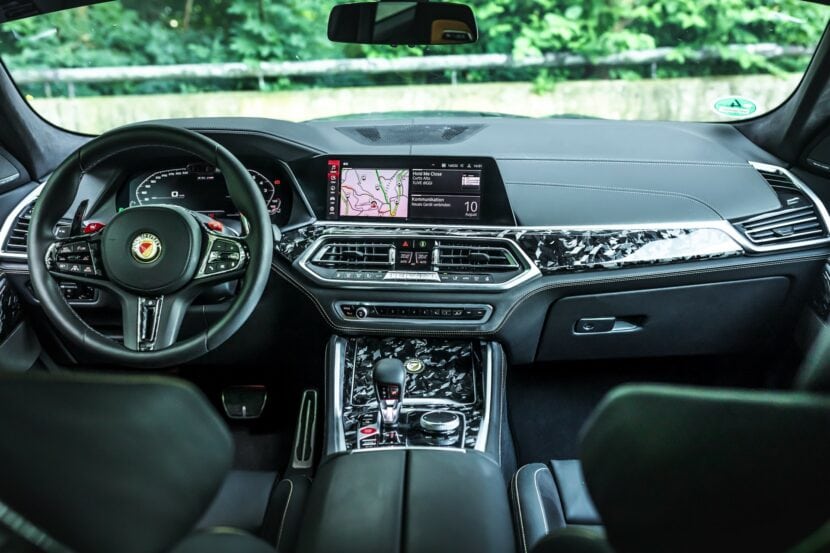 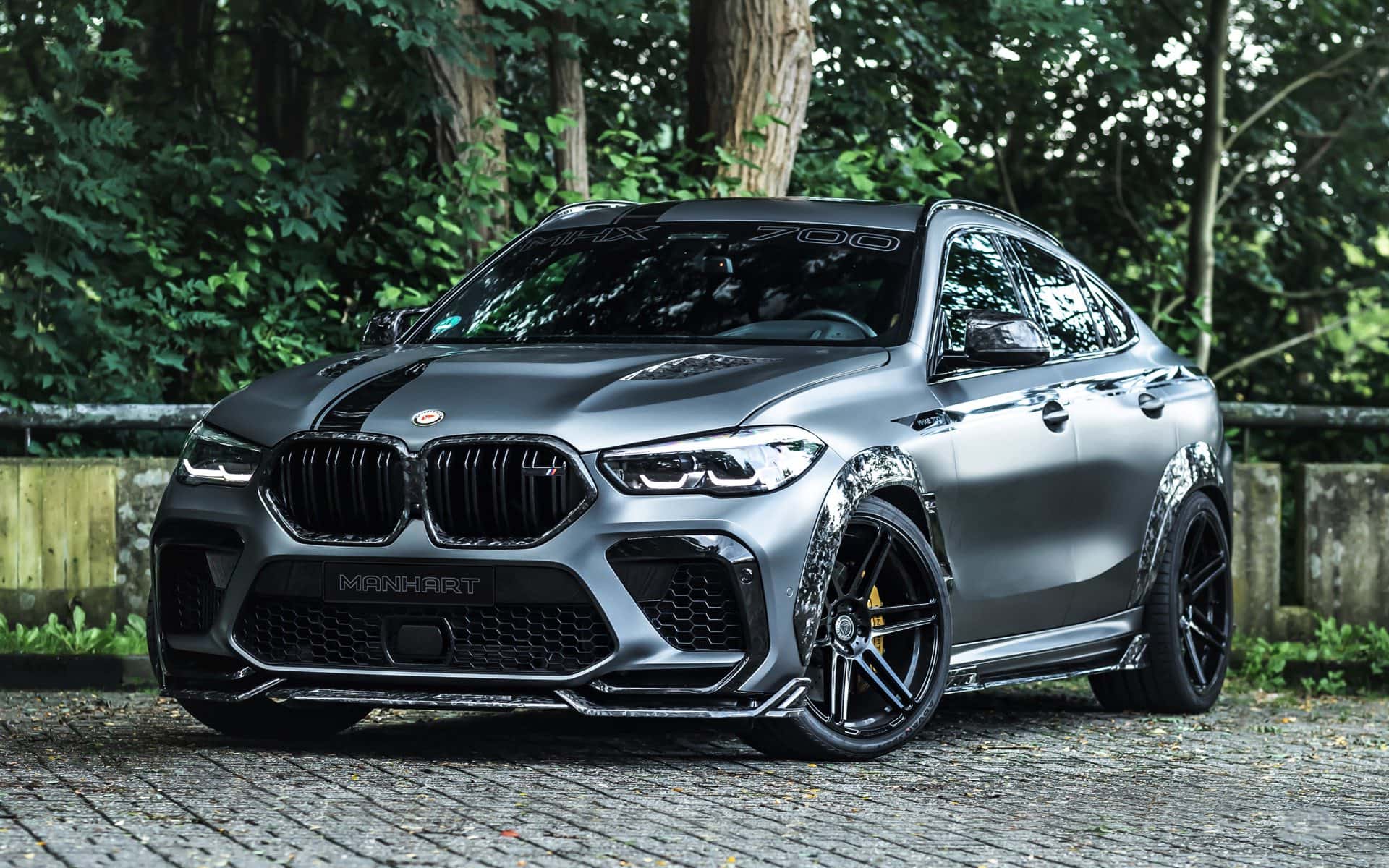 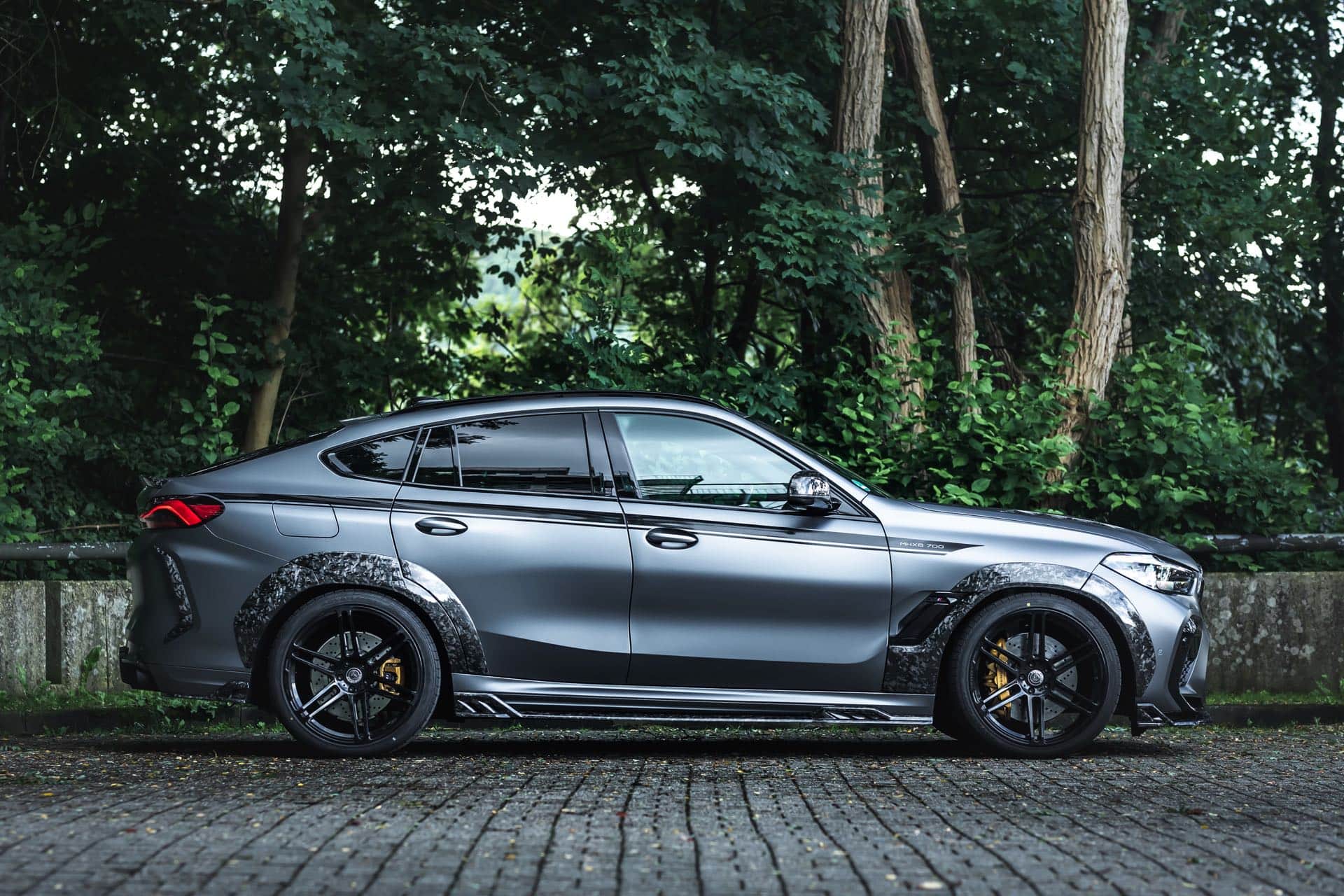 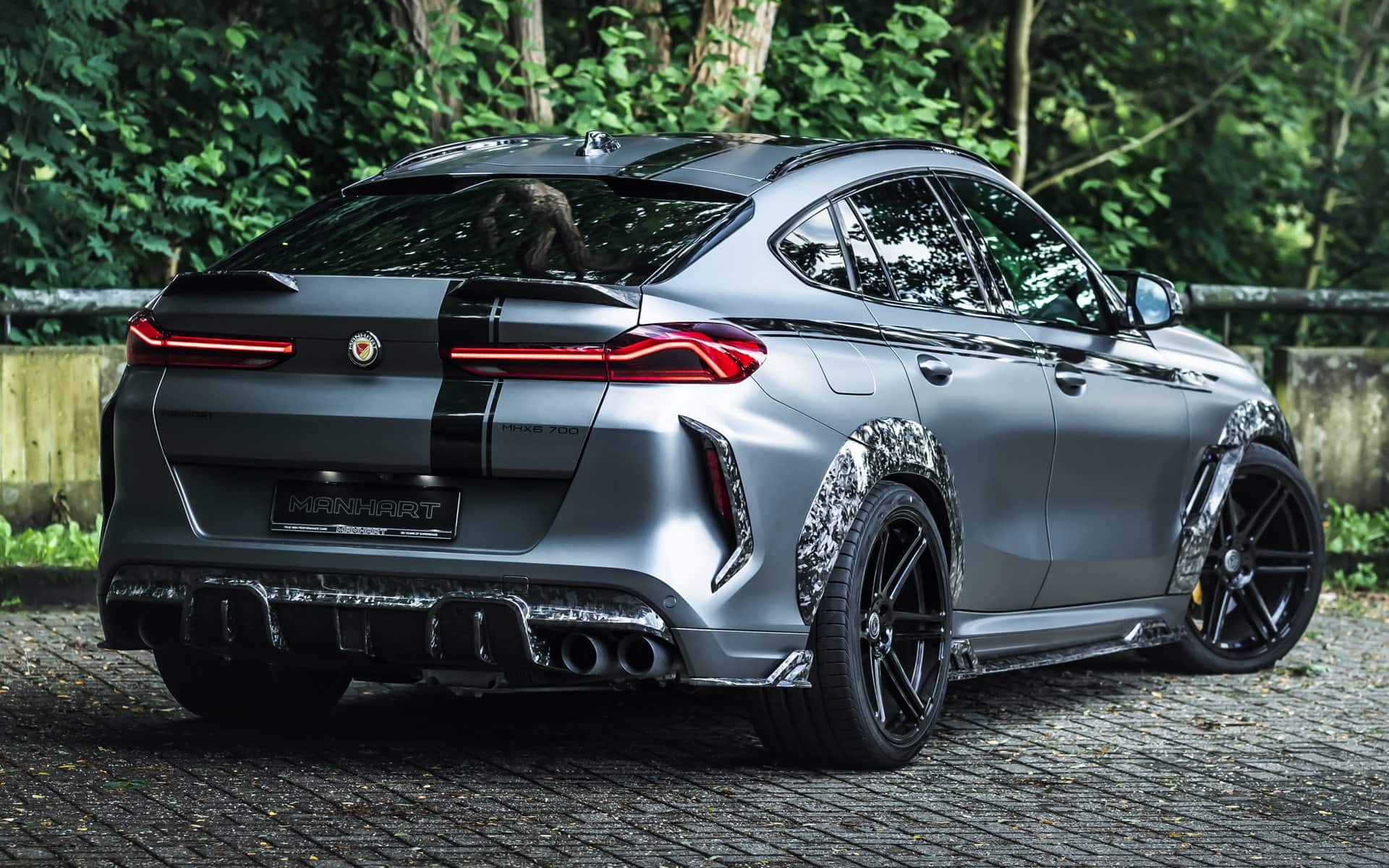 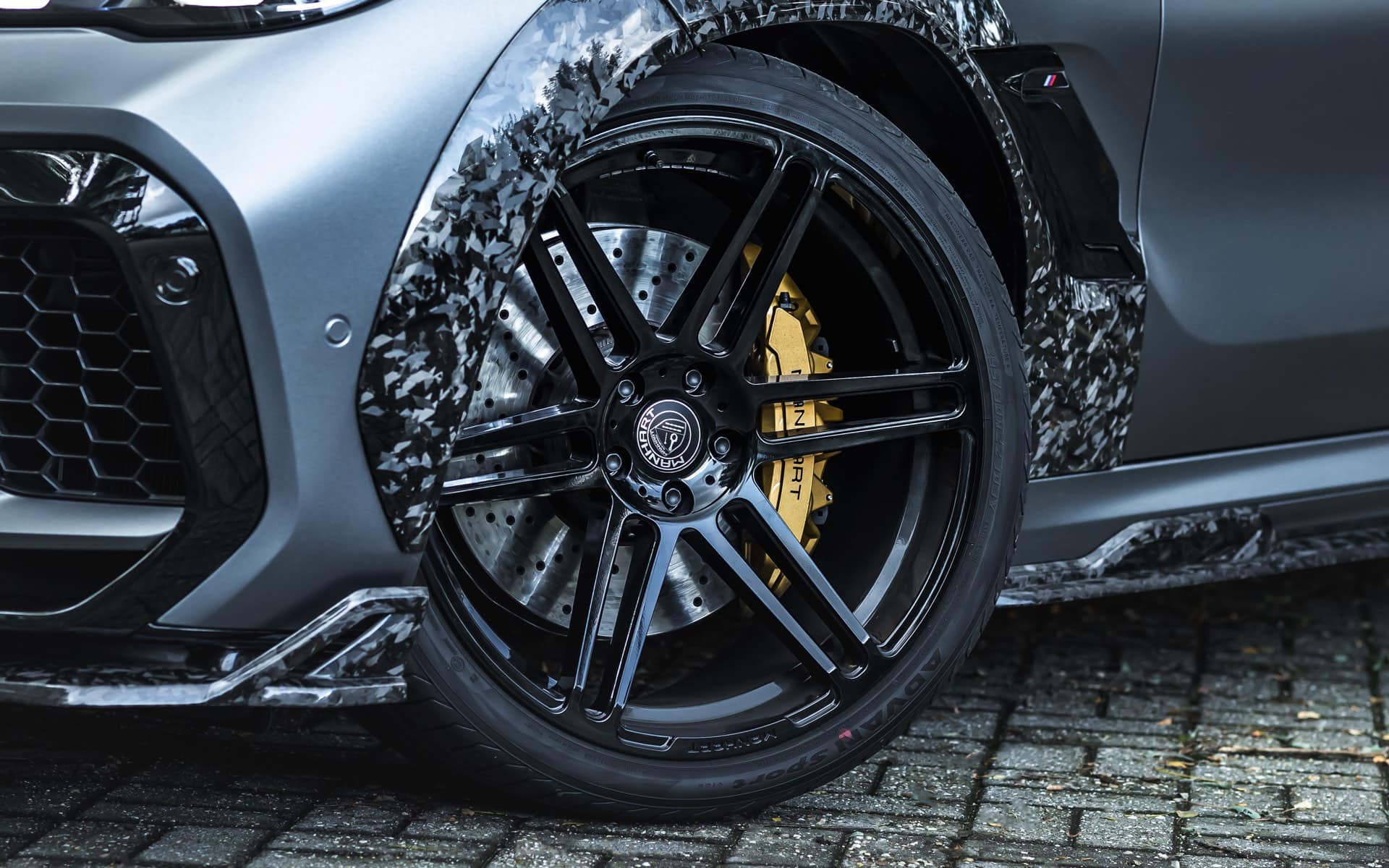 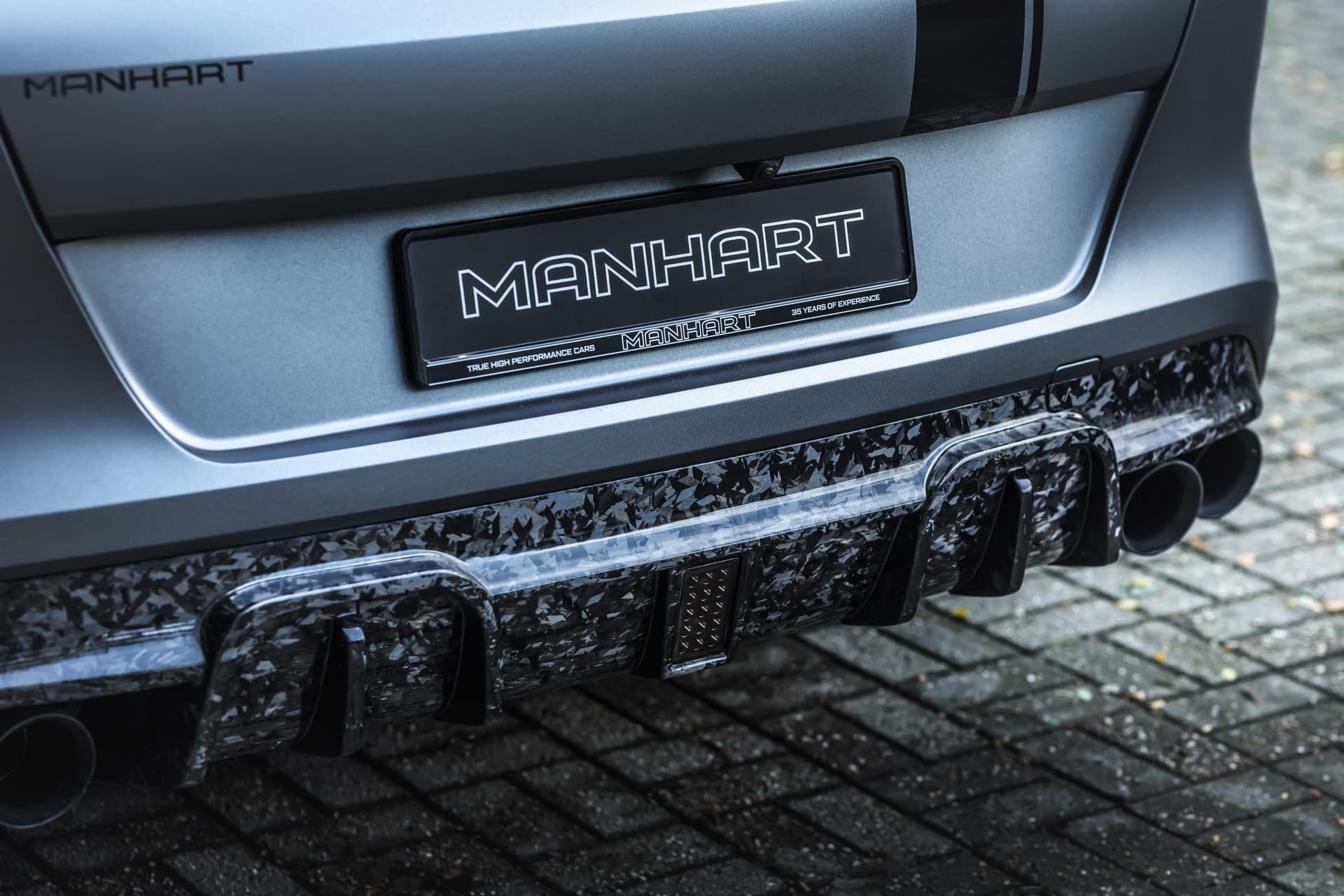 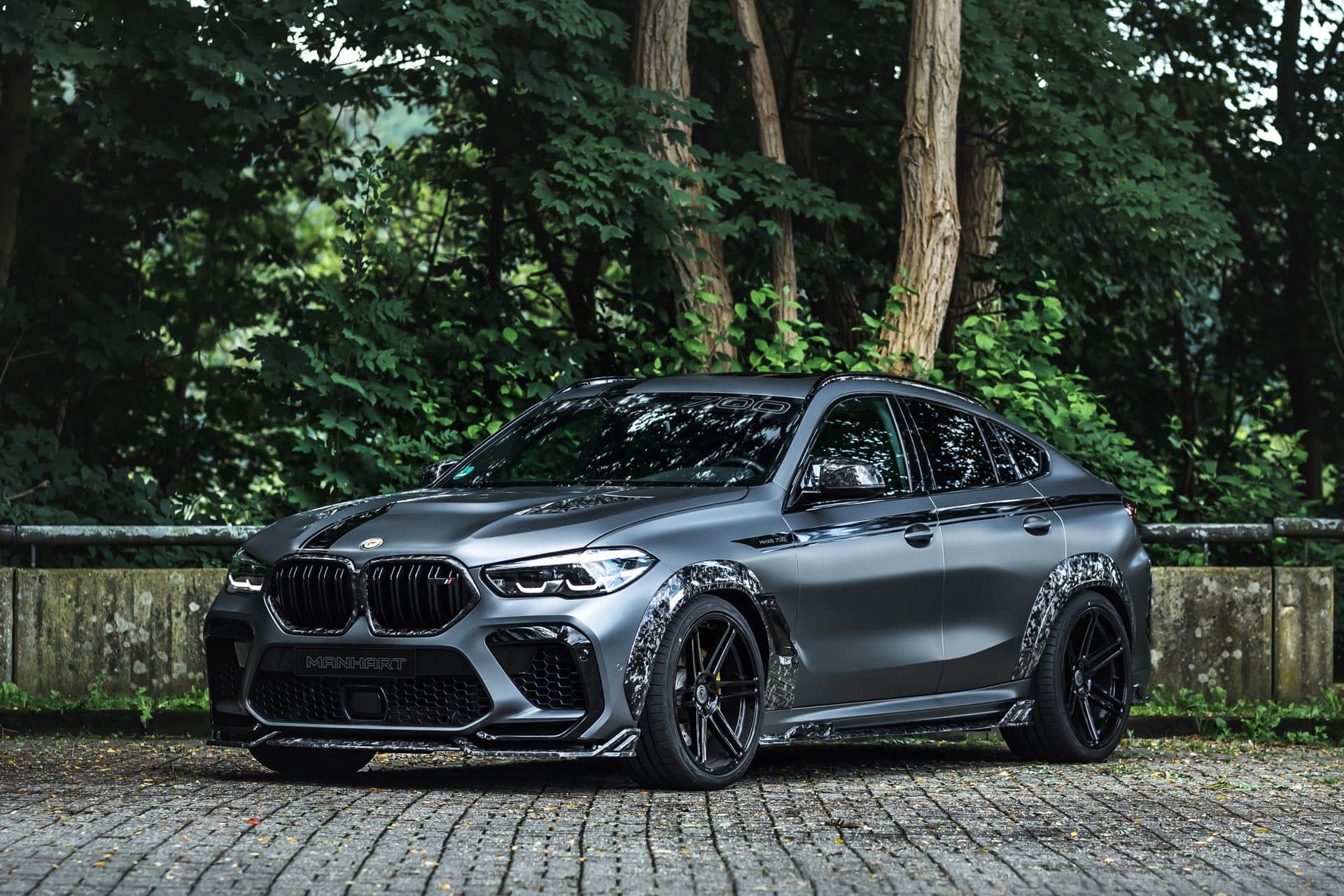 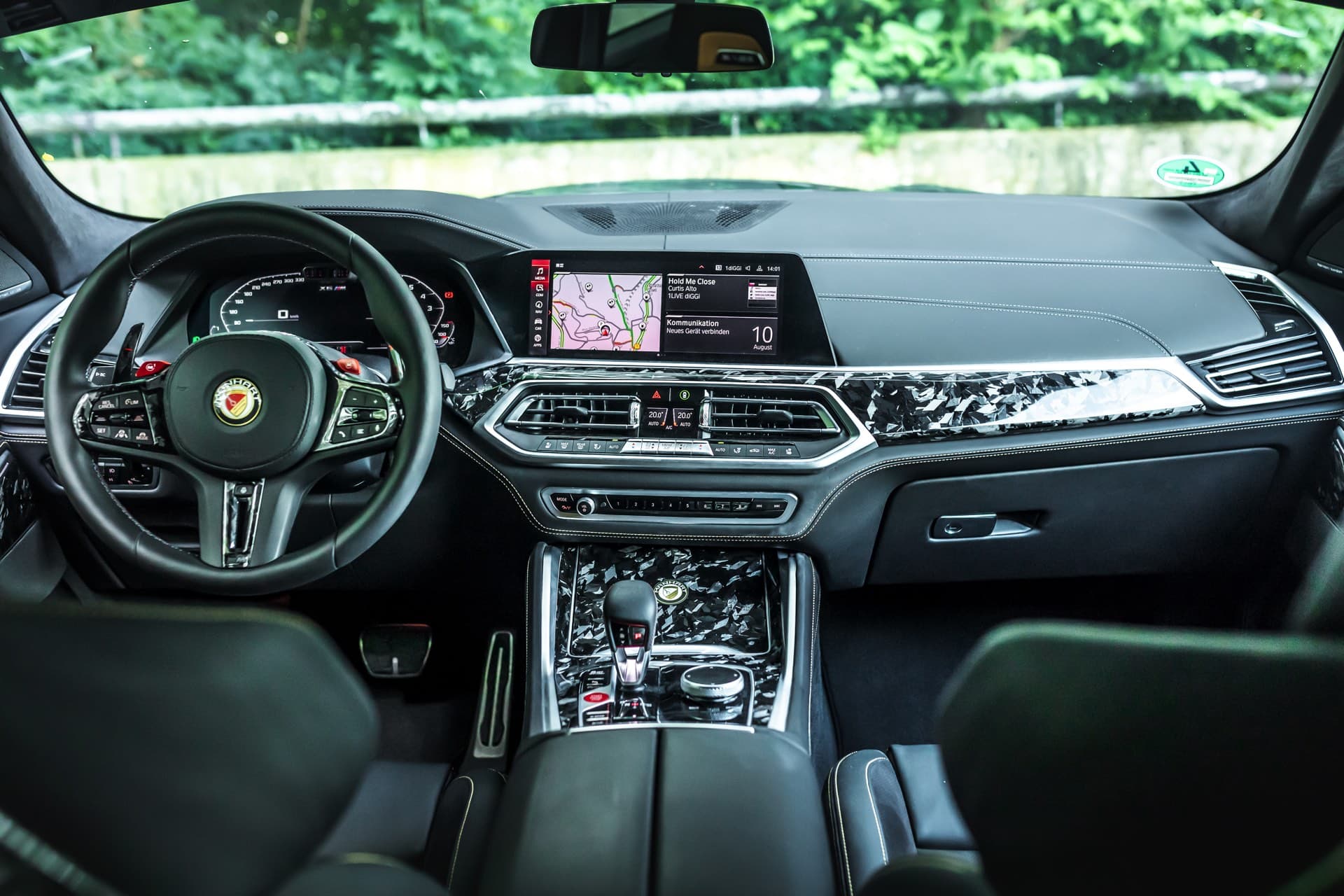