When the BMW M4 Competition was first revealed, it made some headlines for its surprisingly high curb weight. In its defense, it’s not as heavy as BMW originally claimed, due to Germany’s regulations requiring brands to list their cars’ weight ratings with a passenger on board. Still, it’s a pudgy little car. Thanks to that high curb weight, the M4 Competition isn’t as fast as it could be. But it’s still probably faster than the BMW X5 M Competition, right?

In this new video from Archie Hamilton Racing, we get to see whether the BMW M4 Competition can outpace a much heavier, but also more powerful, X5 M Competition. It seems a bit silly to see if M4 Comp can take on a mammoth SUV but the X5 M is a shockingly fast car.

The BMW X5 M Competition makes more power, thanks to its 4.4 liter twin-turbo V8, with 617 horsepower and 553 lb-ft of torque. While the BMW M4 Comp uses a 3.0 liter twin-turbo I6 with 503 horsepower and 479 lb-ft. The X5 M also has a traction advantage, being all-wheel drive versus the M4 Comp’s rear-wheel drive. However, the M4 Competition is still lighter, just not by as much as you’d hope. 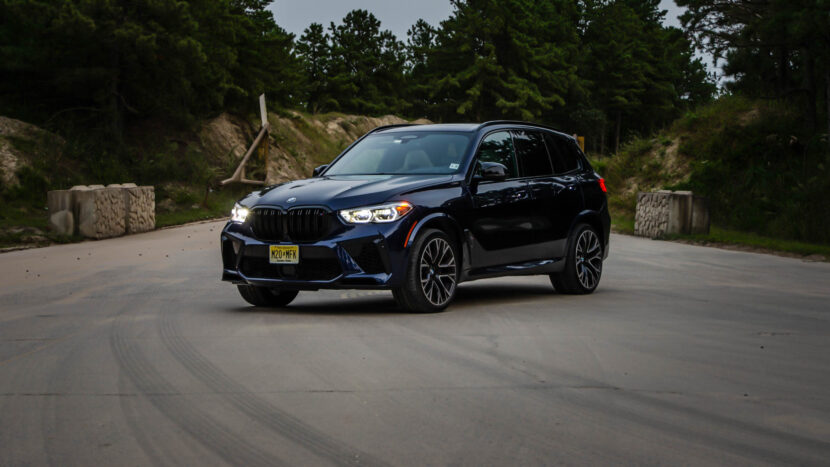 Off the line, the X5 M Comp wasted little time jumping ahead of the M4 Competition. It quickly gained the lead and never relinquished it, leaving the M4 Competition in its wake. Which is genuinely embarrassing for the M4, which is supposed to be the proper performance car and not just the do-it-all performance SUV. Admittedly, traction likely had a lot to do with the result, as the M4 Competition does have quite a bit of trouble putting its power down.

There are a few other races in this video, so it’s worth checking out. After seeing it, though, we can’t wait to see what the upcoming all-wheel drive M4 can do.