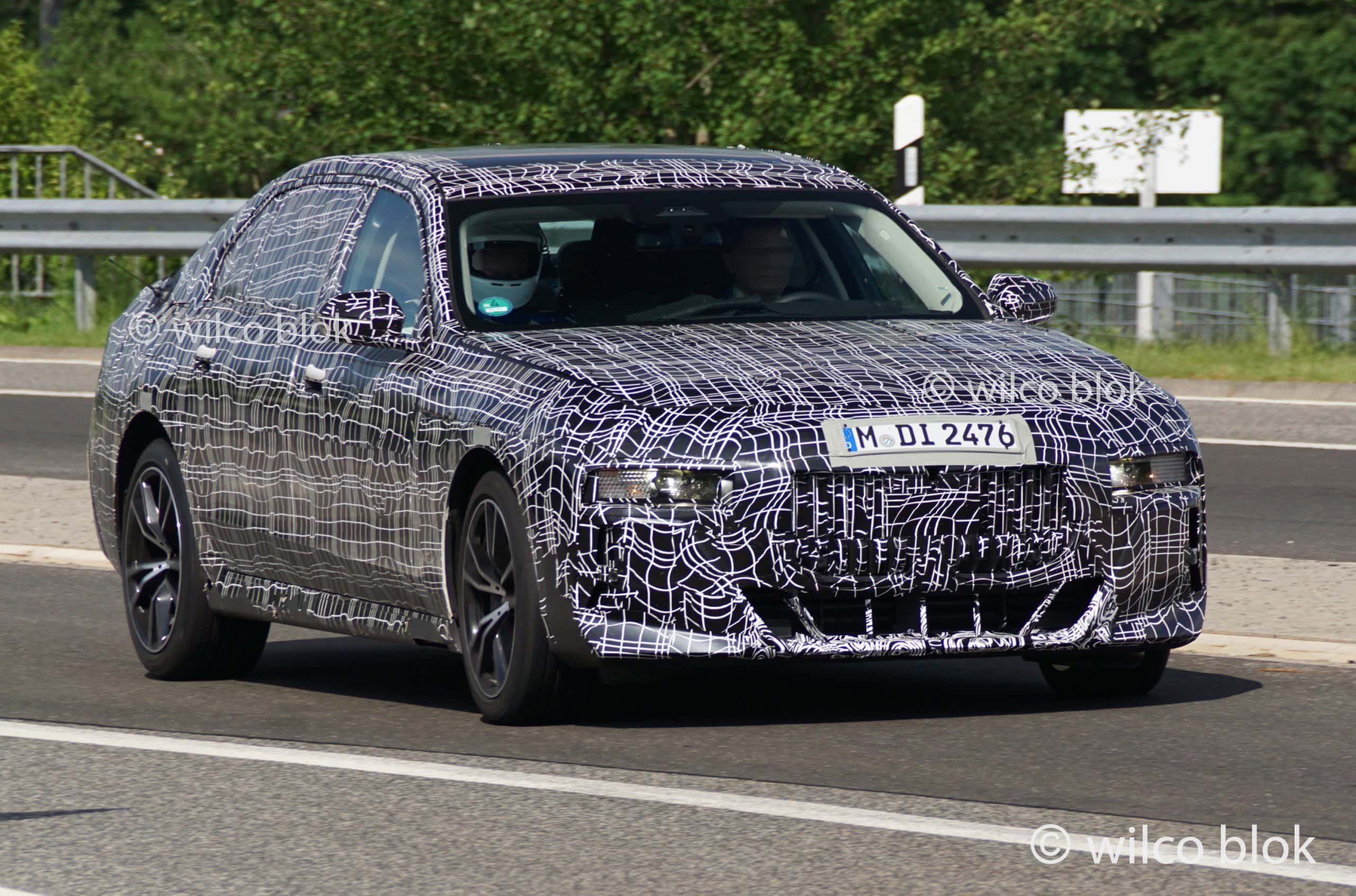 We recently just saw some spy video of the next-generation BMW 7 Series, sporting an unusual license plate placement. There are also some new spy photos of that very same car, which allow us to take a closer look at BMW’s upcoming flagship luxury car.

In these new photos, we actually get a very close up look at the new 7 Series. The test mule is wearing a ton of camo, and even some body panel fakery, but there are some interesting bits we can see. For instance, the kidney grilles look much smaller than they do on the current 7er.

You can actually see the bottoms of them, as the lower front air intake is visible through the camo. Admittedly, there’s some fake body panels at the top of the grilles, so they could be hiding some of the grille but, even still, the grilles look shorter than they do on the current car.

Also at the front, we can see that the 7 Series might actually have some sort of unique headlight setup. I won’t go as far as to say it certainly has a split headlight design, but there’s certainly something different going on. The headlight you can see in these photos looks very much like a separate light from the actual headlight, simply because it lacks the iconic dual-halo design from every other BMW in history. So it’s possible there will be another headlight sitting above it, with such a design.

The specific car in these photos seems to also be either an M Performance model or just a very powerful model, be it a hybrid inline-six or a V8. That’s because it has quad trapezoidal exhausts and larger, more performance-oriented wheels.

It’s a handsome looking car overall, this new 7er. It’s lower, sleeker, and more athletic looking than the current car. Thankfully, the new 7 Series also seems to have a more traditional Hofmeister kink than most of the cars in the current lineup.

We’re going to be keeping an eye on this car, as it seems to have some interesting new design elements. As we can tell now, it’s going to be one of the most unique looking 7 Series’ of all time and yet it could even bring some of BMW’s classic design elements back a bit.