Home » Video: Is the BMW M5 faster in RWD or AWD mode on the track?

Picking the BMW M5 wasn’t at random. This is the first time the M car became available with all-wheel drive and the system it uses also allows it to switch to a RWD setup at the touch of a button. Therefore, to keep most variables in check, this is as perfect as it gets. The test also aimed to use the same driver, same track and same tires for the comparison, to make sure that the only element that changes in between runs is where the power goes. 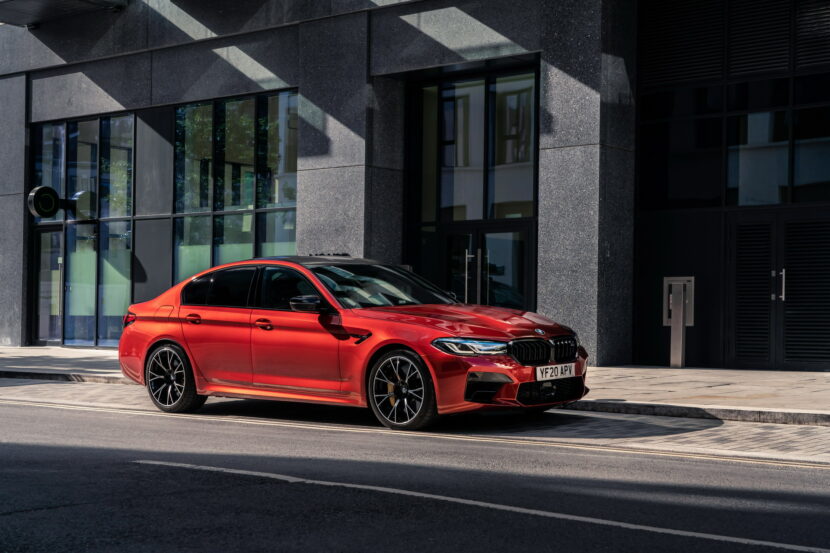 The video doesn’t focus just on lap times though, it goes through a variety of scenarios and you will see some drastic differences in the times recorded. For example, things kick off with a wet, standing start acceleration test. And in these conditions, all-wheel drive makes a huge difference. How much? Well, the best run on RWD was 8.6 seconds, the best run in AWD mode was 4 seconds flat.

In the dry the difference wasn’t as big but still noticeable. In the 0-60 mph launches, the M5 in RWD mode managed a best time of 3.8 seconds while turning on launch control and AWD shaved almost a second off that time. As for the lap time, the 4WD Sport setting brought forward the best time, beating RWD and 4WD modes, albeit the latter by just a tad bit. This would definitely point to the obvious conclusion that having all-wheel drive will help you out.