Whenever a new high-performance model comes out, especially one with a long tradition behind it, the world rushes to make all sorts of comparisons. If that car is the BMW M3, things get really interesting, as everyone will want to compare it to the old model. It’s a valid curiosity though, as a lot of people will be curious to see just how much of an upgrade the new version brings.

After all, whenever a new M car comes out, a price increase comes with it, especially compared to the outgoing model. Therefore, most people will be wanting to make sure that they get the best bang for the buck. The video below shows, without a doubt, that you’re well off with the new BMW G80 M3 Competition. The new model might’ve been criticized for leaving the seven-speed dual-clutch gearbox behind or for being a bit on the heavier side of things but the harsh reality is that it’s simply better. 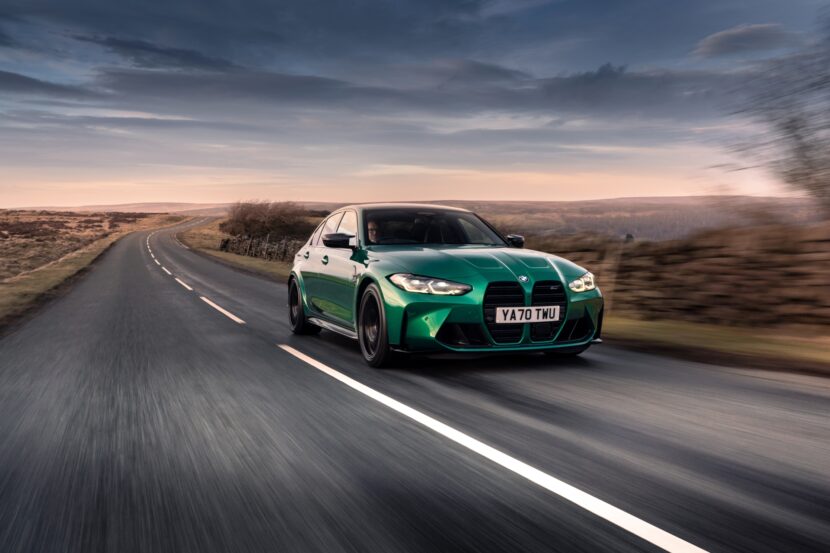 On the specs side of things, the old BMW F80 M3 Competition used a 3.0 liter straight-six twin-turbo engine good for 450 PS (444 horsepower) and 550 Nm of torque (406 lb-ft). All that power could be sent to the rear wheels via an automatic or a manual gearbox. The automatic was, as we mentioned already, a seven-speed DCT unit and you could easily light up your rear tires with it. That’s not going to happen with the new model.

The G80 M3 Competition uses a similar 3.0 liter straight-six but it has 510 PS (503 horsepower) and 650 Nm (476 lb-ft) of torque at its disposal. The first cars delivered came without all-wheel drive and the one in the video below is one of those as far as we can make out (we don’t speak Bulgarian). That makes the outcome of the race even more impressive as it shows just how much better the launch control system on the M car became.

Launching the two cars seems like a very different experience. Considering the new model has a lot more power, you would expect it to have even more trouble setting off from a dig but that’s not the case. The new G80 M3 wins every time and we can’t wait to see the all-wheel drive models in action as well.