We’ve been featuring Joe Achilles’ videos for a few years now, as he’s consistently put out great content featuring BMWs. Over the years, we’ve seen him own a few different BMWs, from 1 Series’, to his BMW M2 Competition, and even a 7 Series. Now, though, he’s bought himself a brand-new BMW and it’s one that fans should be very curious to see and we’re absolutely going to be keeping tabs on his experience with it — a G80 BMW M3 Competition.

In this new video, Achilles unveils his very own BMW M3 Competition for the first time. In fact, the moment you see the car in this video is the moment he sees his car for the first time. While he admitted he bought an M3 awhile back, he never revealed the spec of his car, leaving that a surprise for this very video.

When he finally unveils his new car, which actually surprises him a bit, we get to see that he went with a Portimao Blue exterior with a Kyalami Orange interior. Honestly, Portimao Blue would have been my personal last choice of colors prior to seeing this video but after seeing the unveil, it’s actually one of the best colors I’ve seen the M3 in so far. It works really, really well with black wheels and the Kyalami Orange interior contrasts the blue so well. Well done, Achilles, the spec looks great.

Achilles also made the correct choice to fit the optional bucket seats. While the standard seats are more comfortable, the bucket seats are just so much more special and you don’t buy an M3 for comfort, you buy it to be a special sports cars. In day-to-day traffic (which is what Achilles plans on using the M3 for), those seats might grow a bit tiresome but through hardship comes enlightenment, right? In the twisties, he’ll be glad he spec’d those seats. 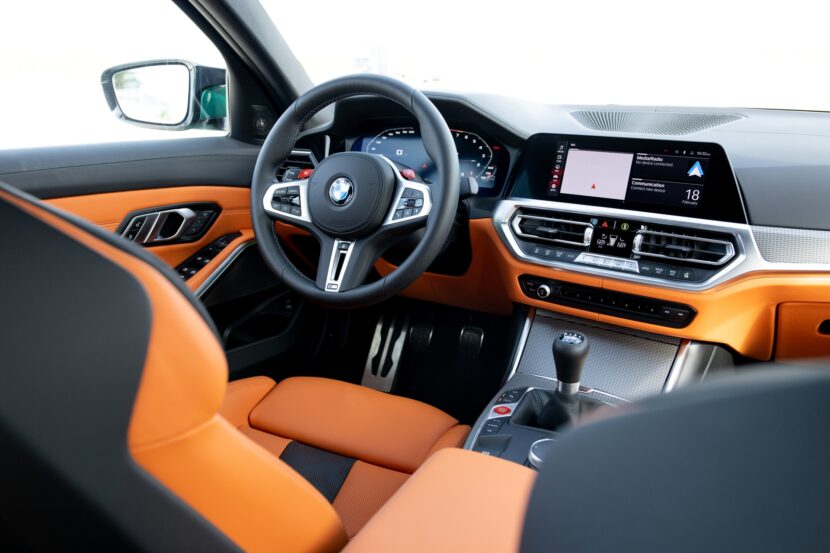 Overall, a congratulations to Achilles, who’s earned the right to own such an exciting new car. We’re currently reviewing the M3 as we speak (both standard and Competition), so we know just how exciting he should be about his new car.