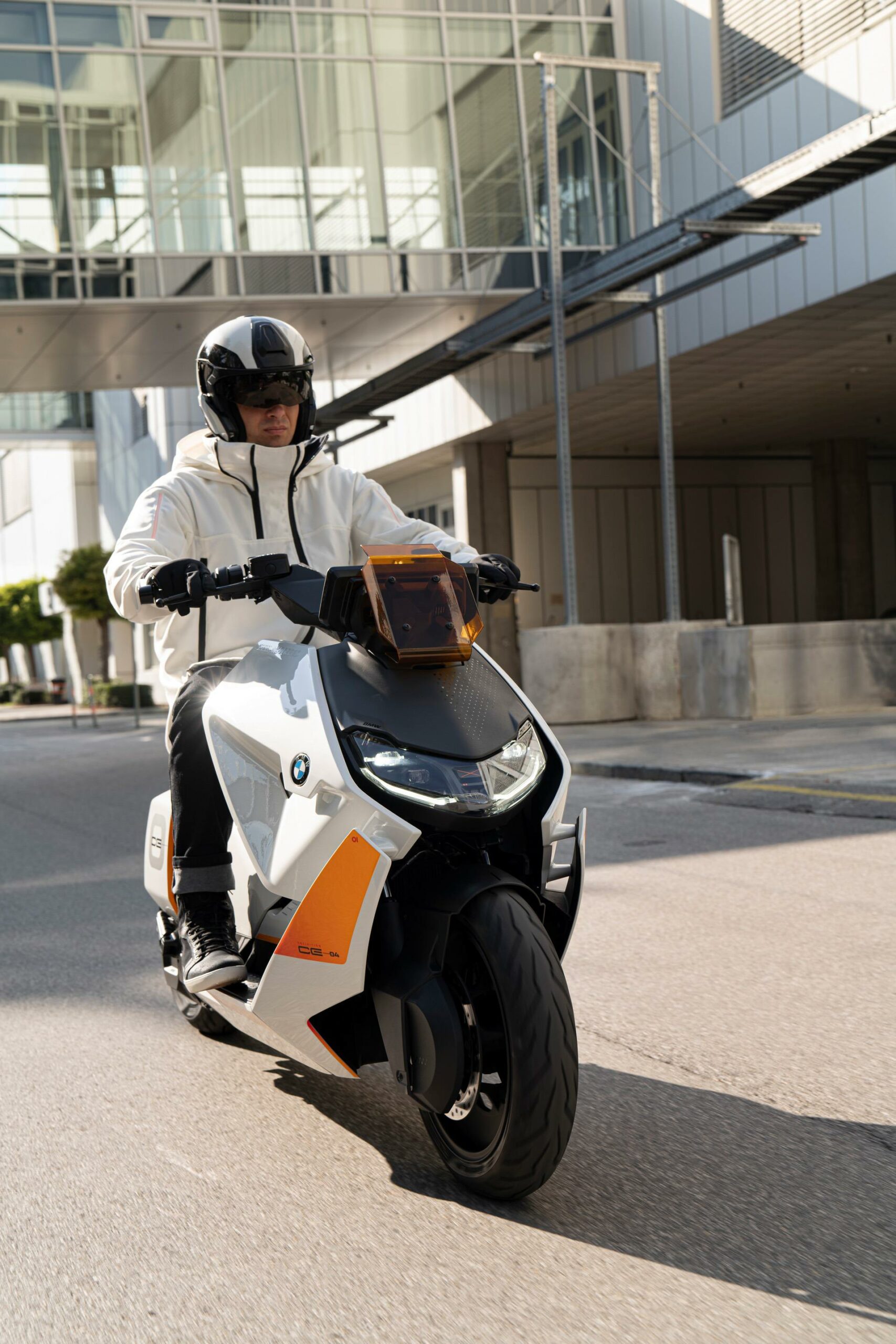 BMW recently revealed an electric scooter concept, designed to move scooter mobility further into the digital world. It was called the BMW Motorrad Definition CE 04 and it was designed to show off a more production-ready version of the BMW Motorrad Concept Link. It’s certainly getting closer to actual production, as some spy photos have surfaced, showing off a road-worthy version of the electric scooter. (we don’t own the spy photos but they can be seen here)

In the photos, we see a rider using a blacked-out test mule, which is in very stark contrast to the futuristic Mineral White Metallic and orange color scheme of the concept. However, it looks every bit as long and high-tech as the concept, with its long wheelbase and funky body panels.

The BMW Motorrad Definition CE04, if that is indeed what the production model will be called, is going to be an all-electric scooter designed very specifically for urban transportation. BMW was adamant that the CE04 is not designed to be some sort of sporty, enthusiast’s bike. Instead, it’s designed for urban city dwellers who need something small, easy to park, easy to navigate city traffic with, and that’s completely emissions-free. 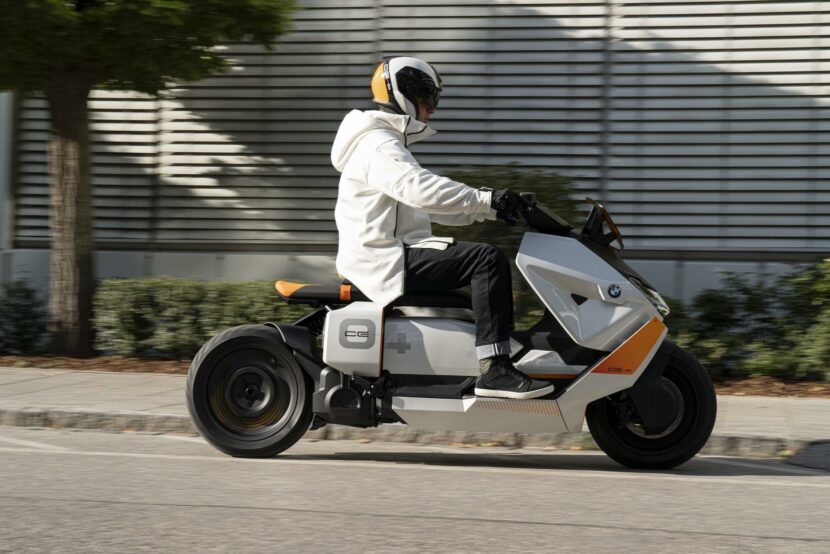 It also comes with a large 10.25 inch instrument display, which is the largest ever fitted to a scooter. That doesn’t seem to just be a concept feature as well, as the CE04 scooter in these spy photos seems to have it. The rider’s mobile phone is connected to the CE04 and also allows for tons of connectivity.

While BMW said the CE04 isn’t some sporty enthusiast’s bike, it actually looks like a bit of fun. It’s very low, very long, seems easy to sit on and ride, and it comes with an all-electric powertrain. So it should zip right along through city traffic with ease. Sure, you can barely go ten miles in it but it charges quickly because of its small battery and it’s not really designed for anything other than city environments, so that range is far enough.