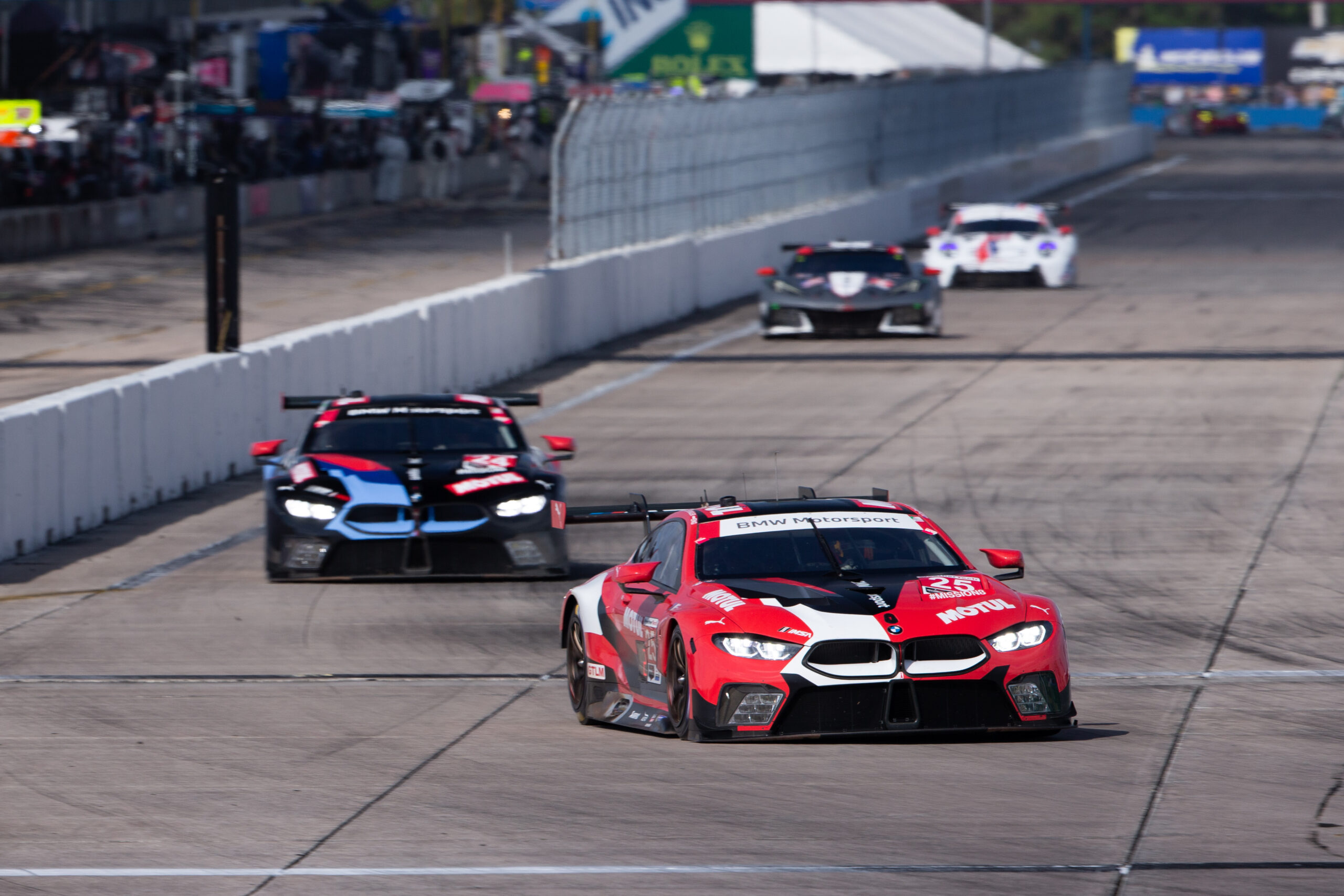 BMW Team RLL’s good streak at the 12 Hours of Sebring race got yet another episode this weekend. The BMW Motorsport team claimed a double podium with the two BMW M8 GTE cars that have lined up at the starting line. The number 25 MOTUL BMW M8 GTE crossed the finish line second, thanks to the combined efforts of Connor De Phillippi, Bruno Spengler and Philipp Eng. Right behind it was the number 24 MOTUL BMW M8 GTE thanks to John Edwards, Jesse Krohn and Augusto Farfus.

It was an eventful race too, as the 333 laps covered brought forward great challenges for the team, in the second endurance race of the season in which BMW actually participated. The cars moved up in the ranks right after the flag went down, having qualified in third and fourth. Plenty of crashes and paint trading followed and the race was full of yellow flags throughout the grueling 12 hours of the proceedings. 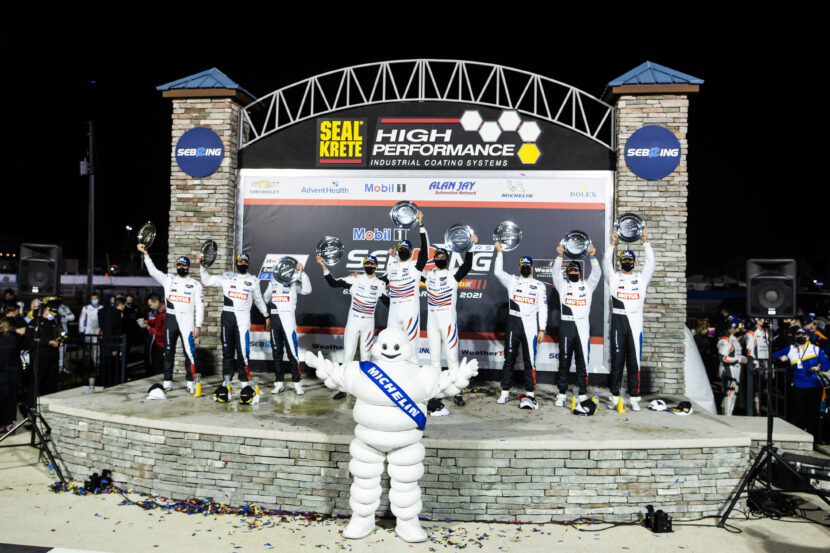 The end of the race was particularly challenging as the number 24 car slipped down a lap due to a fire in the pit lane. Luckily, this was two hours before the end of the race and that meant there was enough time to make it up. Furthermore, in the closing laps, De Phillippi was battling for the number one spot and with eight minutes before the end of the race, he received a drive-through penalty. Even so, he managed to keep fighting and crossed the finish line second. it was also a close call for the other car as third place was won in the last lap thanks to some brilliant driving from Jesse Krohn.

“The guys did a great job. It was unfortunate for the #24 and we still don’t know what exactly happened at the pit stop with the fire but thankfully nobody got hurt and we were able to get going again. The final minutes were unlucky. When you have the chance to win the Twelve Hours of Sebring you’ve got to go for it. It didn’t quite work out, but you can’t blame anybody; everybody was aggressive at the end.”

“It was a shame, but we gave our best shot and today it looked pretty good for a while. We got a good gap to the Corvette and the Porsche but then the yellows came out and that made it a whole new race again towards the end,” said Bobby Rahal, Team Principal, after the race.