Now that journalists can talk about the new BMW M3 and M4, the brand has started releasing some videos about how the new cars share the same heritage as the old cars. In this specific new video, we get to see the new BMW M3 and M4 on track, alongside many of its predecessors and it gives us an interesting opportunity to compare their styling but also to ponder how they’ve changed over the years.

Without question, the new BMW M3 and M4 are absolutely enormous compared to their ancestors. Even cars like the E92 M3 and E46 M3 are genuine featherweights by comparison, so forget about comparing the new cars to the original E30 M3. However, what’s shocking is just how far from the original recipe the M3 has become. 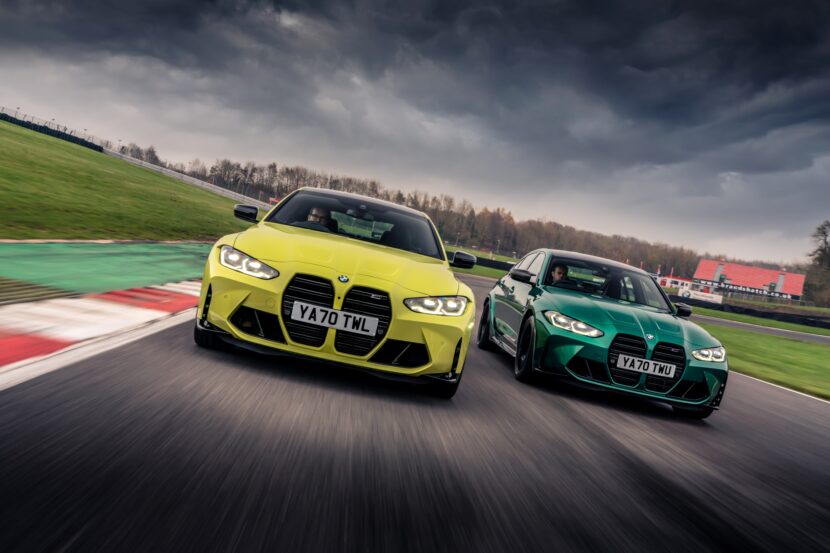 The original E30 M3 was a homologation race car. It looked so incredibly butch, wasn’t particularly comfortable to drive, needed to be revved within an inch of its life to get any sort of power, and was both incredibly light and incredibly pure. The new M3 and M4 weigh more than 1,000 lbs more than the original E30 M3, make more than double the power, and have endless creature comforts. They’re also absolutely not homologation cars. Though, to be fair, neither were any of the other M3s after the E30.

None of that makes the new cars bad, or even worse than the old cars, but it’s fascinating to see the change over the years. Even cars like the E46 M3 still held onto some of that razor sharp, comfort-compromised performance. But these new cars are comfortable, pliant, easy to use, and easy to live with on a day-to-day basis. As BMW says in the video, the new BMW M3 and M4 mark a new chapter in the car’s history book but it’s a chapter with a very different tone.