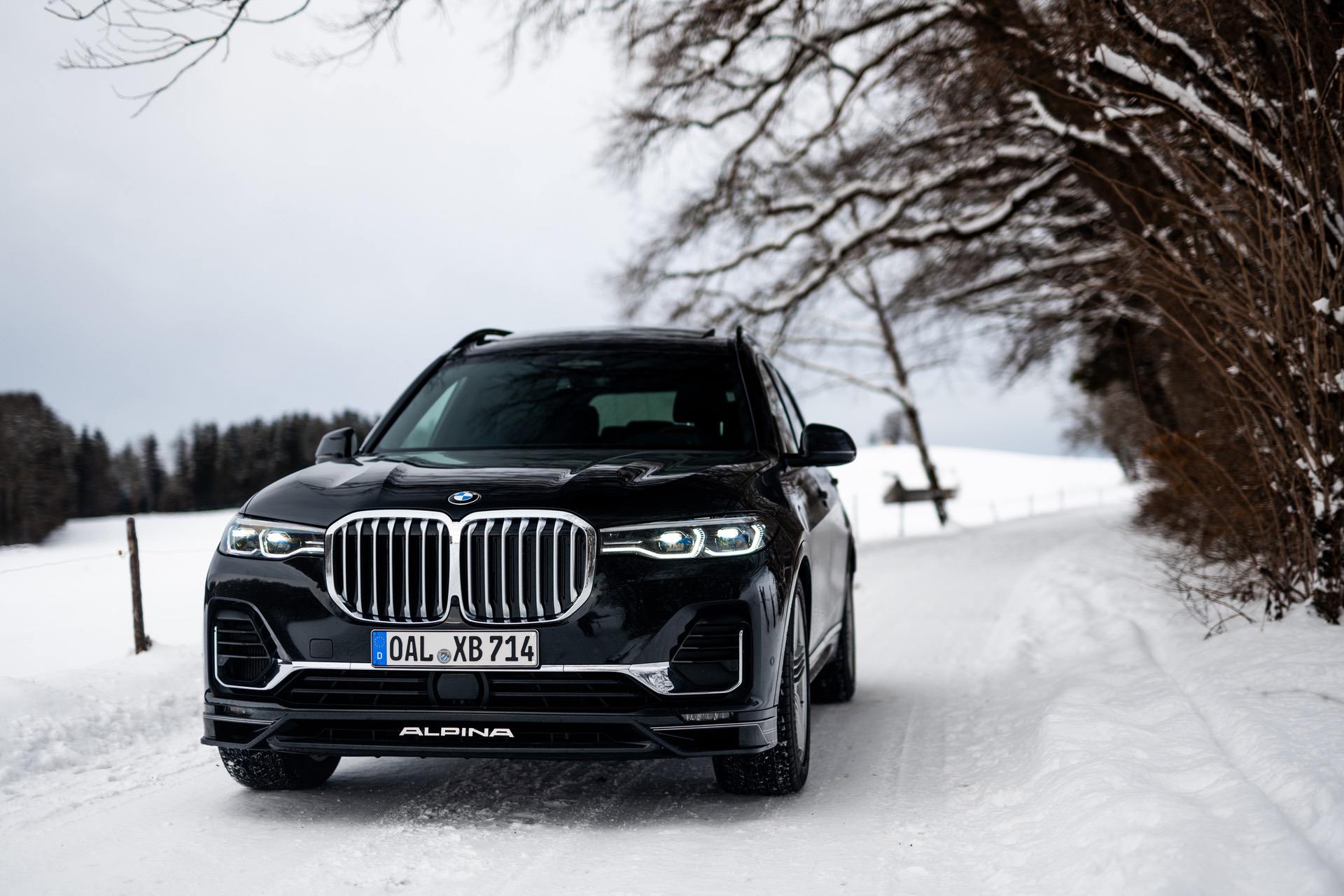 Ever since the BMW X7 was unveiled, a lot of the fans of the Bavarian brand wondered whether we’ll get to see an M version also. BMW came out and simply shut down those rumors. That’s also because ALPINA picked things up where the X7 M50i left them and created the XB7, 7-seat monster with over 600 HP and the performance figures to make your jaw drop.

And the ALPINA XB7 definitely delivers. It’s a muscle car with the shape of a train, offering more luxury than you could possibly imagine and acceleration figures worthy of a lot smaller M cars. Under its hood you’ll find the ubiquitous 4.4-liter twin-turbo V8 BMW has on offer today, but unlike on the M50i model, tweaked to make more power. The ALPINA engineers replaced the turbos, the intake, the exhaust and the cooling system to get over 600 HP out of it. Is it enough for a 2.4-ton car?

Well, since the XB7 will do 0-62 mph in 4.23 seconds as the guys showed us in the video, on winter tires, on cold tarmac, it’s safe to say that is definitely enough. But straight line acceleration from standstill is just one small part of the equation. The ALPINA 7-seater also has a specific air suspension setup that lowers itself depending on the drive mode, flattening out the beast in Sport plus mode and keeping its weight in check rather well, according to the reviewers.

The Mercedes-AMG GLS 63 isn’t too far behind either and it has a similar recipe. A monstrously-powerful V8 under the hood, air suspension, active anti-roll bars, what’s not to like? Well, the guys have to choose a winner in the end and it may surprise you. Whether you agree with their takeaway or not, you can’t deny that they have some strong arguments going both ways.