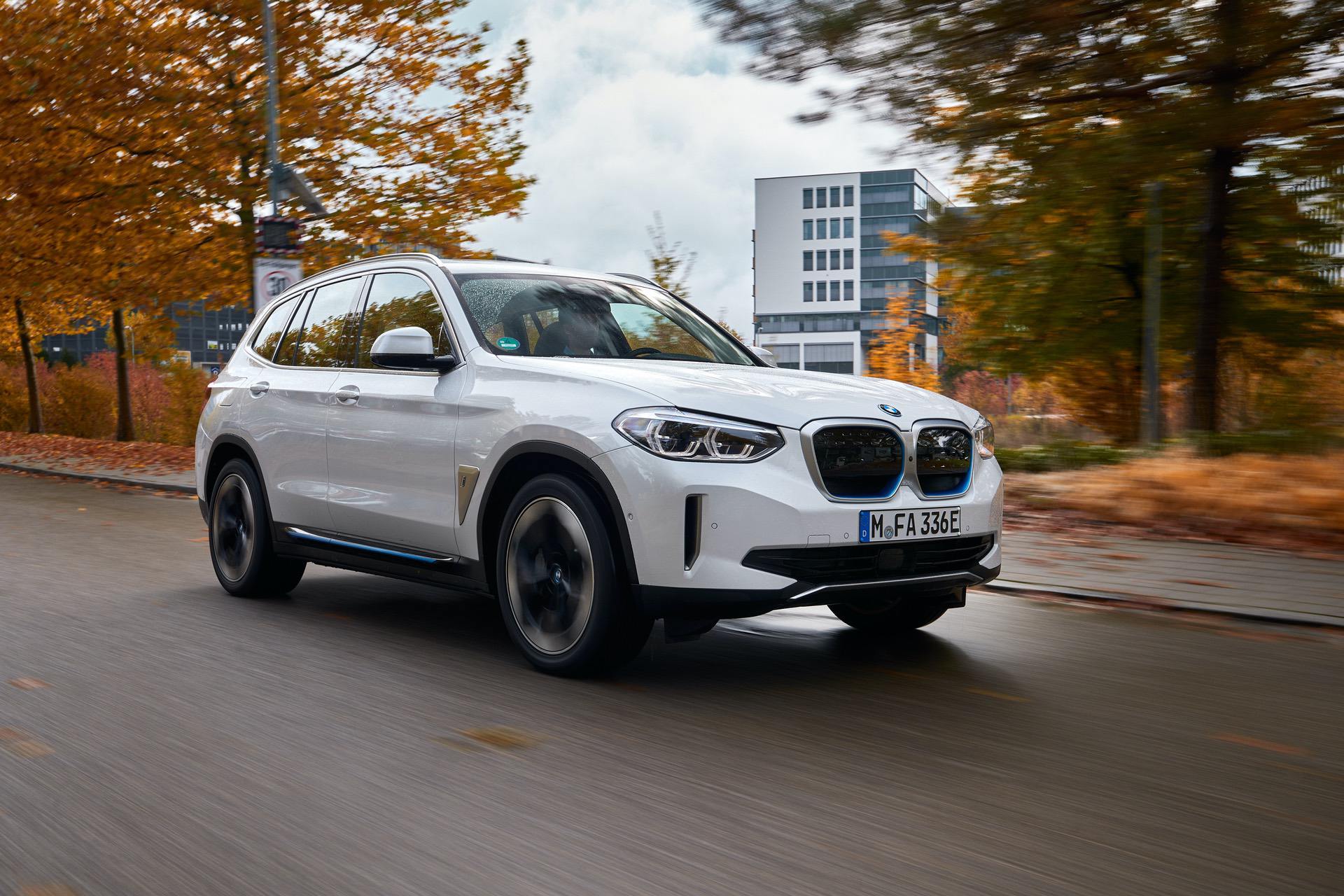 It may seem a bit peculiar to see a car that was launched late last year, already up for a facelift but in this case, it’s not too surprising. The car in question is the BMW iX3, the second all-electric car in the Bavarian range, which is less than a year old. However, there’s a simple explanation for its early LCI facelift and it’s due to the LCI facelift of the car on which the iX3 is based — the BMW X3.

Being that the BMW iX3 is just an electrified X3, it’s going to get the same facelift treatment as the standard car. While BMW is working on bespoke EVs, the iX3 is more of an afterthought, tacked onto the X3 lineup. It gets a single electric motor at the rear axle with a 74 kWh battery pack, 282 horsepower and a WLTP-rated range of 286 miles.

Now, the current generation BMW X3 has been in production since 2017 and is up for a facelift this year. Since the exterior design of the two cars is roughly the same, with the iX3 having some different bits here and there, it’s only natural to see the electric model get the updated face as well. As you can tell from the pics (you can check them out here) the new model will have a slightly different face. Don’t expect huge changes though.

Most likely, we’ll get a new set of headlamps, a slightly reshaped set of grilles (from the looks of things they won’t grow too much in size) and a restyled front bumper. The exact same changes will happen at the back as well. As for the technology, there’s almost zero chance to see the drivetrain of the iX3 changed, as it already has the latest BMW battery on board along with a Gen 4 motor. The revised X3 is expected to come out later this year.