The BMW 318ti – The Cult Car We Want In Our Garage 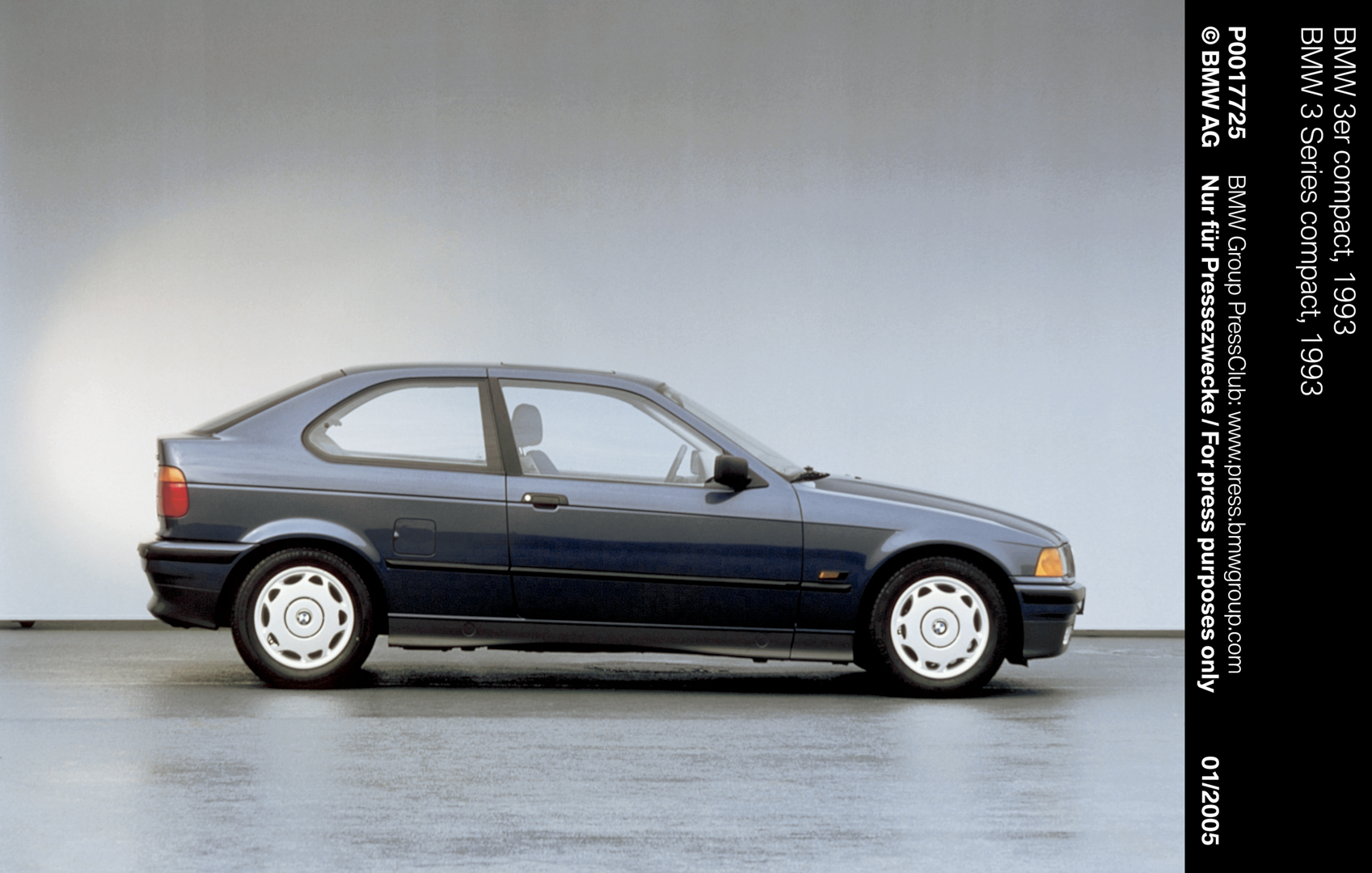 Do you like the E36, but find them a bit too common and want to stand out more? Perhaps you think the E30 is cool but can’t handle the sky-high price of entry (which would be understandable)? The oft forgotten 318 “Touring International” (318ti as it’s more frequently referred to) offers an easy way around both of those obstacles; the biggest problem is finding a good one.

You see, the 318ti never sold particularly well in the US when new. BMW decided to bring the car over from Europe, where it sold quite well, for the 1994 model year. Unfortunately, Americans were characteristically preoccupied with grunge music and buying pickup trucks, and the 318ti’s introduction largely fell on non-existent ears. Under 25,000 of them were produced and sold for the US, out of around 375,000 total 3 Series sold in the world market. 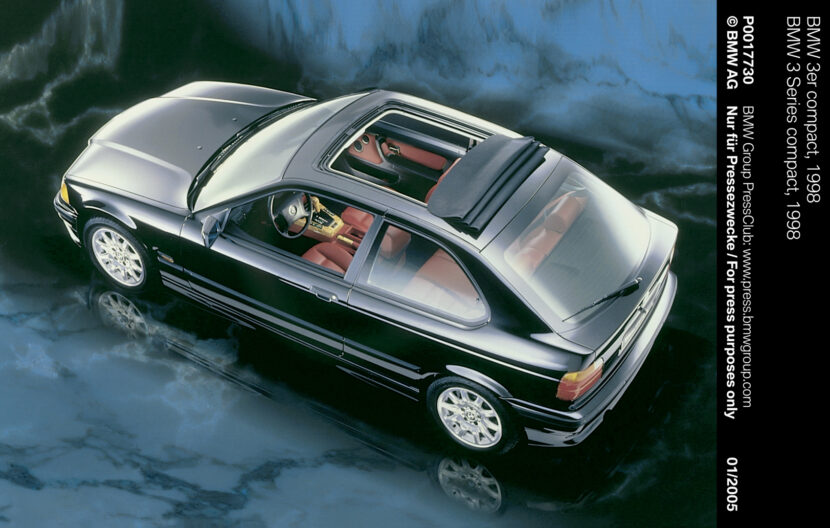 On paper, the 318ti represented the best value per dollar that BMW has ever offered. At a base MSRP of just $19,900, it was the cheapest BMW available in the United States in years. You got two trim levels, “Active” and “Sport”, with the standard 90s luxuries offered in each (such as keyless entry and fog lights). Stand alone options included things like a sunroof, an upgraded sound system, and even a limited slip differential or in-car cell phone.

“Sporting” wasn’t merely an intention with most of BMW’s products in the 90s, and the E36 hatchback was no exception. With 51/49 weight distribution, disc brakes at all four corners, and of course a RWD drivetrain, you didn’t have to sacrifice great driving dynamics for practicality. While the little, 130ish hp M42 (and later, OBD-II updated M44) four-cylinder wasn’t exactly the performance engine of the century (it took nearly 10 seconds to get from 0-60), it revved to a acceptable 6700 rpm and paired well with the standard Getrag five-speed manual.

And it was practical, too. The Touring was considerably shorter than the normal 3 Series – around eight inches. The hatch opens to reveal 15.1 cubic feet of cargo space, and that’s before you fold down the rear seatbacks for even more storage. Cloth interiors were the standard seat option, and you could additionally check boxes for leather and Sport bucket seats.

So why didn’t anyone want them, you may ask? There are a few key reasons the 318ti ended up as a sales tour-de-flop. The biggest was that BMW marketed primarily against other hatches; most of which existed outside the luxury car market. Self-proclaimed rivals to the 318ti hatch included cars like the Golf and Civic – which generally hung out far away from BMW’s target demographic. Most prospective buyers found themselves unable to justify a somewhat significant increase in price for what people would still see as the “cheap BMW”.

Which leads me to the next reason – brand awareness. The 318ti’s funky shape and decidedly “un-BMW” appearance almost certainly discouraged some buyers, despite the added utility.

And it certainly didn’t accelerate like a BMW. Despite the good balance and playful driving dynamics, it was, even by the standards of the day, pretty darn slow. With an estimated top speed of 116mph and a quoted seventeen second quarter mile time, the car simply didn’t measure up to the public’s perception of what a BMW should be.

Basically: the performance-minded were underwhelmed, and the cost-minded walked away and simply found a cheaper option.

Where are they now? 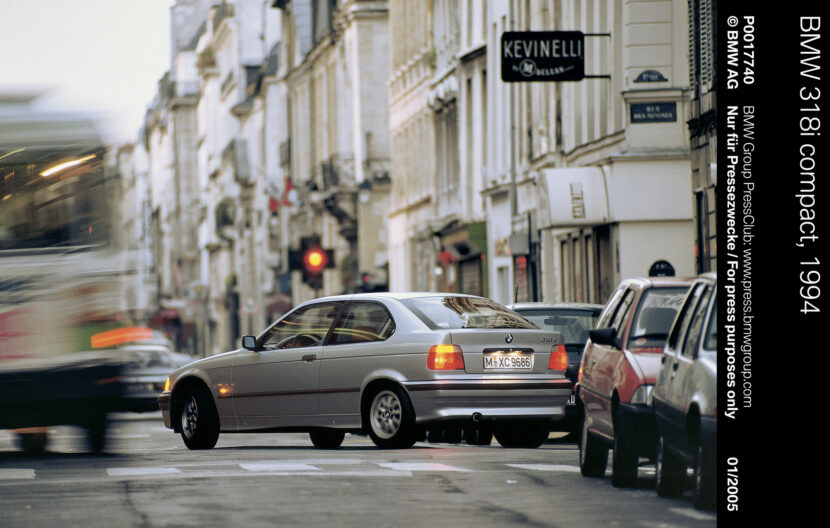 Where to begin? The 318ti is a bit of a cult car, and that attracts a lot of enthusiasts. On my local Craigslist there was at one time both an N55 and S52 swapped car, both listed under $10,000 and both pretty darn appealing. Other documented swaps include Ford 5.0 V8s, Chevy LS engines, S54s and S50s out of M3s, and the Toyota 2JZ.

But your results will vary. For every well-detailed, hair-on-fire swap, there exists five or six stock, abused automatic cars listed for $2500 or best offer. Which isn’t a bad thing – you can still make a project out of it or use it as an economical and mostly practical daily. After all, one of the most fantastic things about the 318ti is its massive versatility.

It’s interesting – the 318ti was launched squarely at the all-important 25-35 demographic, with BMW hoping for some runoff into the over 40 empty-nesters. Some recent projects out of Bavaria have followed similar projections, and generally have been received about as poorly as the little 318ti was many moons ago. I’m talking about the BMW X2, and to some extent the 228i Gran Coupe. Once you get past the “active lifestyle” and “avocado toast” marketing, the X2 has generally been considered a bit of a vapid driving experience. And it certainly isn’t winning any beauty pageants, either.

But the X2 isn’t likely to become a cult classic like the 318ti – too much of the original BMW DNA is missing for that to happen. The 318ti might have subverted the general BMW ethos, but at least it was RWD and offered a manual. Additionally, the X2 weighs about a thousand pounds more and a RWD will never happen. In a curious case of history repeating itself, the X2 has mostly become relegated to dealership loaner status, as customers simply can’t seem to find enough value in the smallest of “Sport Activity Coupes”. And calling it that cannot be helping.

As cars grow in size and shrink in general excitement, the 318ti occupies a small spot in time that some consider to be the beginning of the “golden age” of BMW. It’s also a grim reminder as to why US buyers never got the chance to purchase an M135i, and probably some of the more interesting wagon options like the M550d xDrive. If you can find a good one, or even fix and modify a bad one, you might want to pick one up. The 318ti will continue to represent one of the more interesting BMWs ever sold – even if it didn’t do it well.