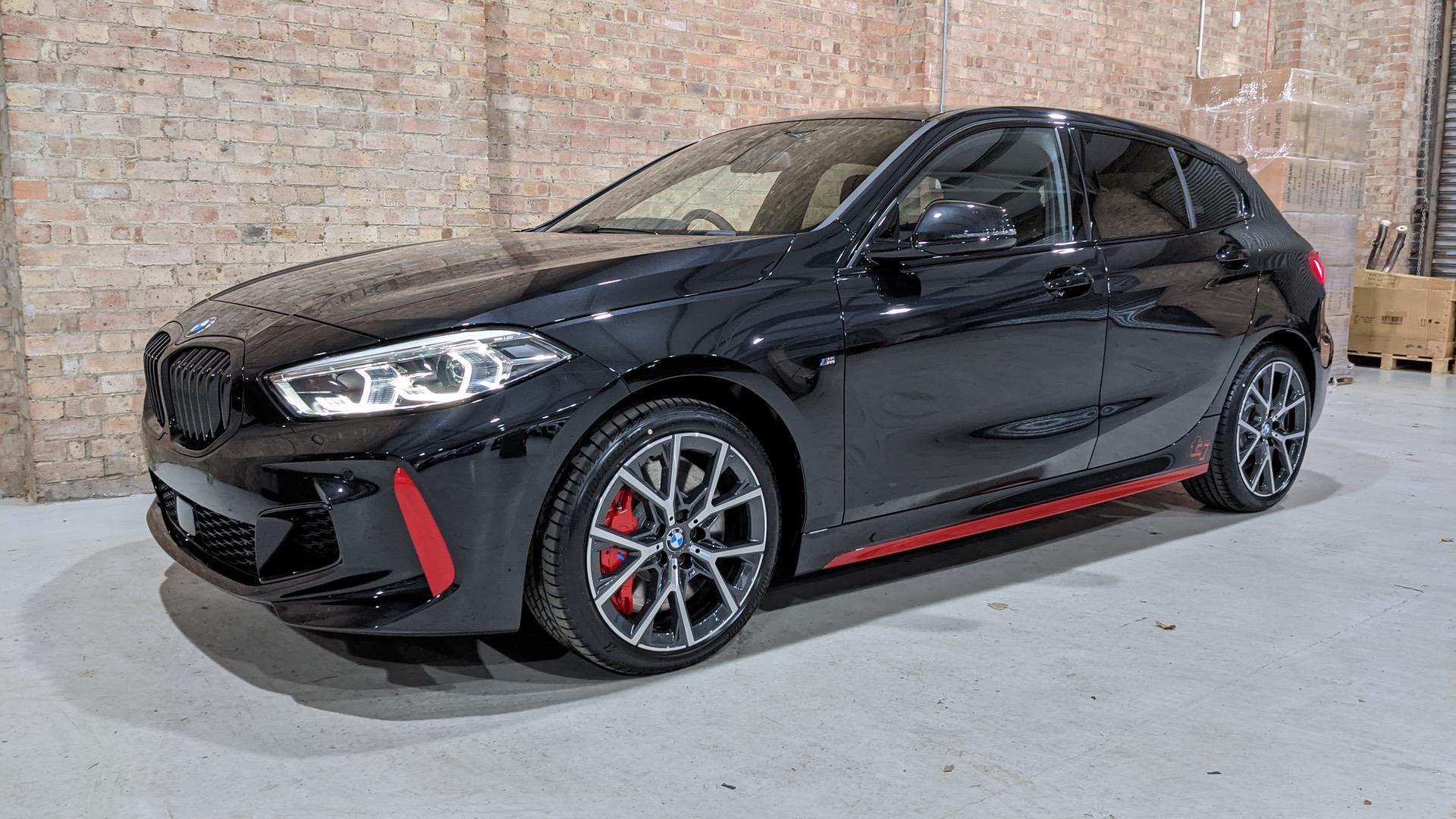 Joe Achilles heads over to the BMW UK headquarters to spend some time with the new BMW 128ti hatchback. Historically, the “ti” badge has been a special one for BMW. It’s always stood for “Turismo Internazionale” and it’s a badge that’s adorned the rear end of many great cars. Most notably, the BMW 2002 ti wore the badge (which later gained an additionally “i”, signifying fuel injection), a car that most fans agree is one of the greatest to ever wear a Roundel. 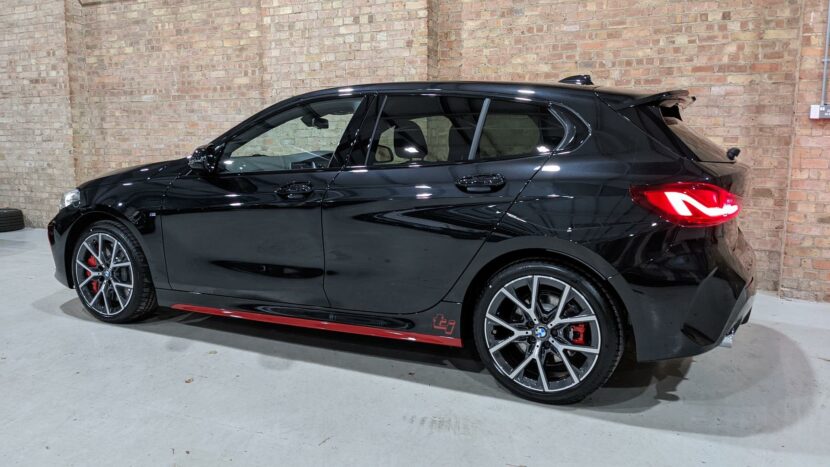 Though, no one is expecting the 128ti to be the spiritual successor of the 2002 ti, nor is anyone expecting it to be some great return of BMW’s purist-handling greatness. But it’s certainly a very special compact car. Under the hood of the BMW 128ti is a 2.0 liter turbocharged four-cylinder that puts out 265 horsepower and 295 lb-ft of torque, which is almost identical power to the BMW 330i, only in a smaller, lighter package. That engine is mated to an eight-speed automatic, with no manual option (the only real downside of the 128ti) and drives only the front wheels.

The BMW 128ti might not have the same power as the M135i but it has a similar M Sport suspension. It receives a 10mm drop in ride height versus normal 1 Series, firmer anti-roll bars and stiffer springs and shocks. Though, that suspension has been specifically tuned for the 128ti; its lighter weight and front-wheel drive nature. It’s also received model-specific steering tuning, which is encouraging. 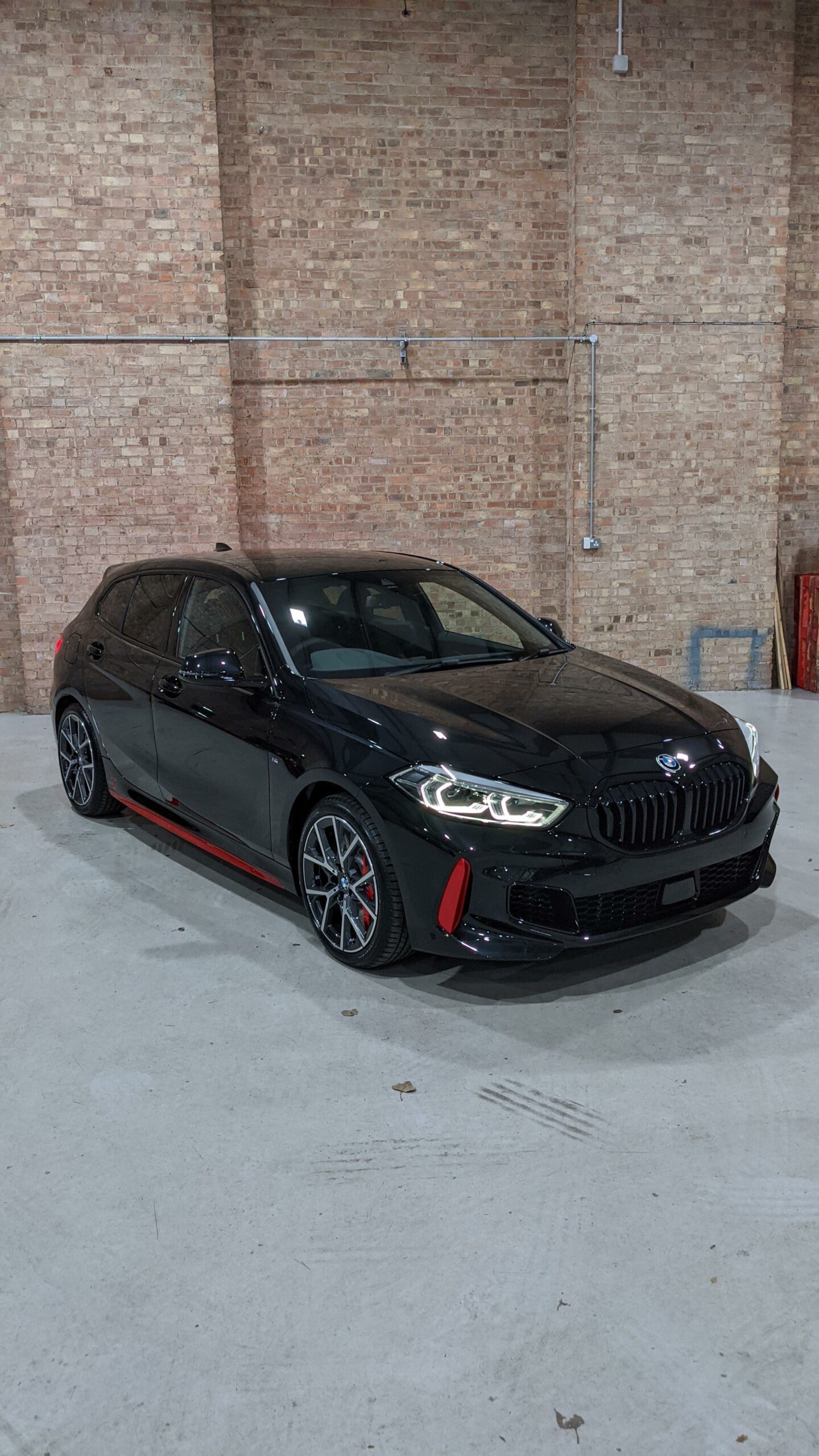 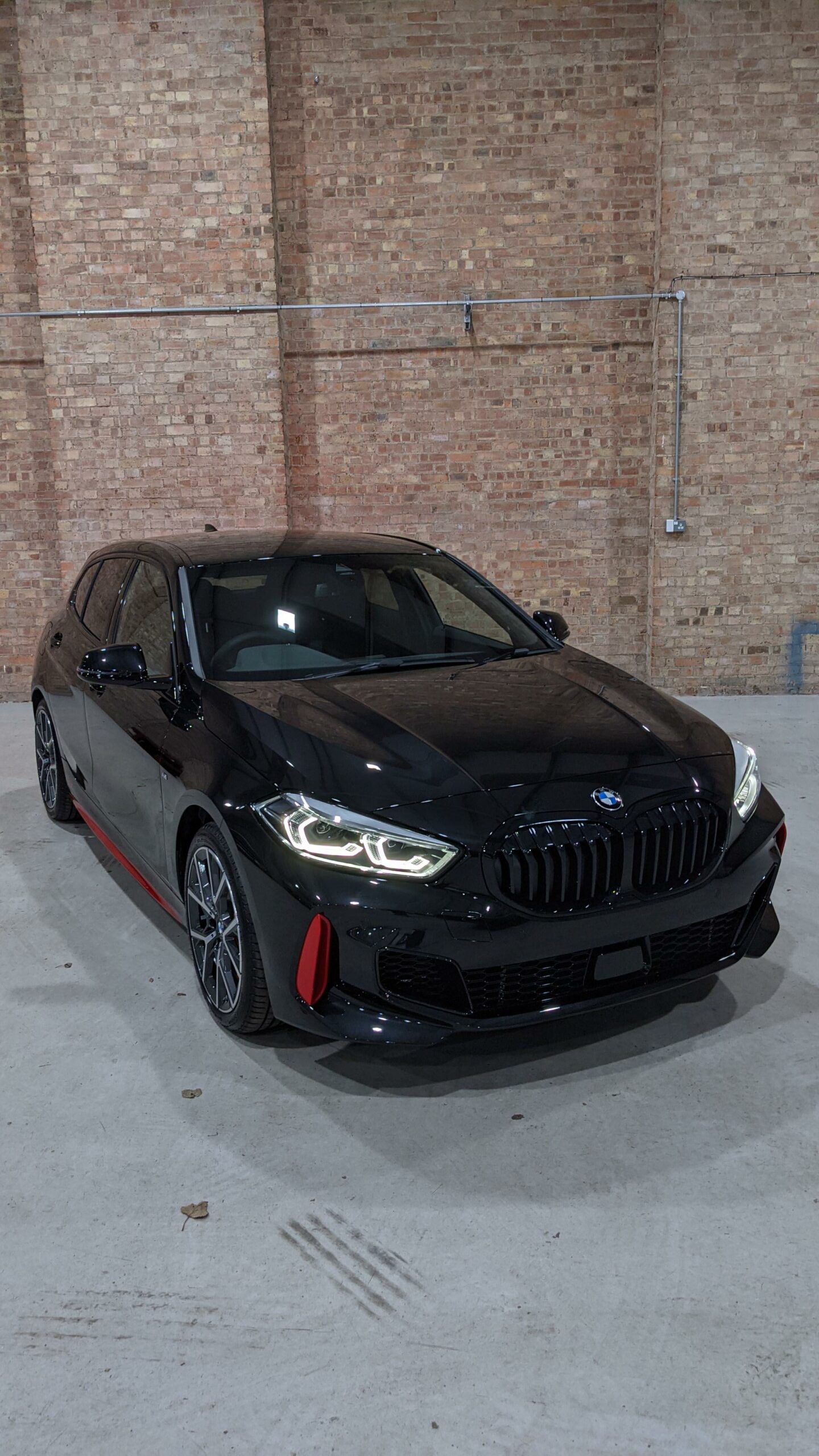 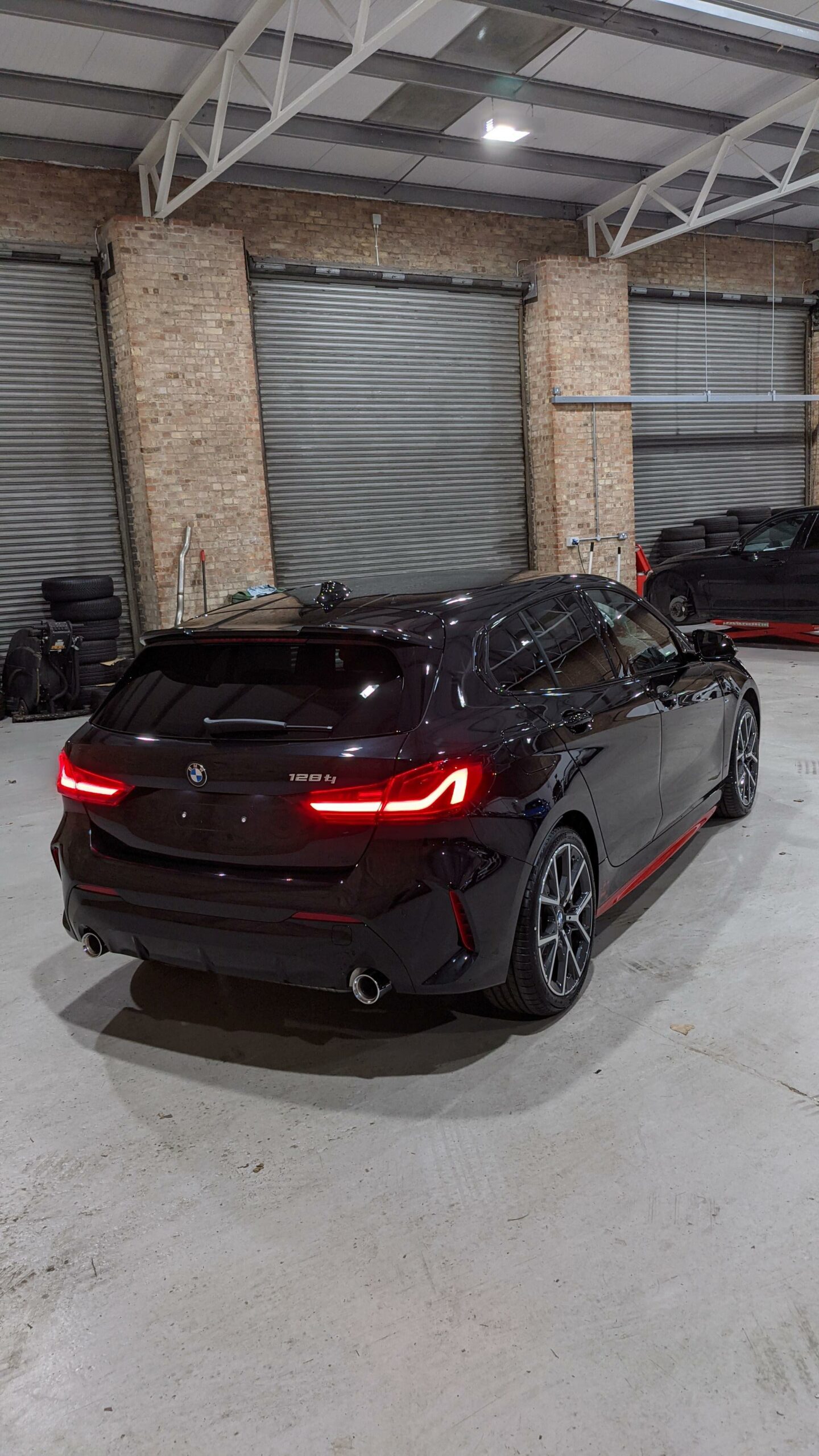 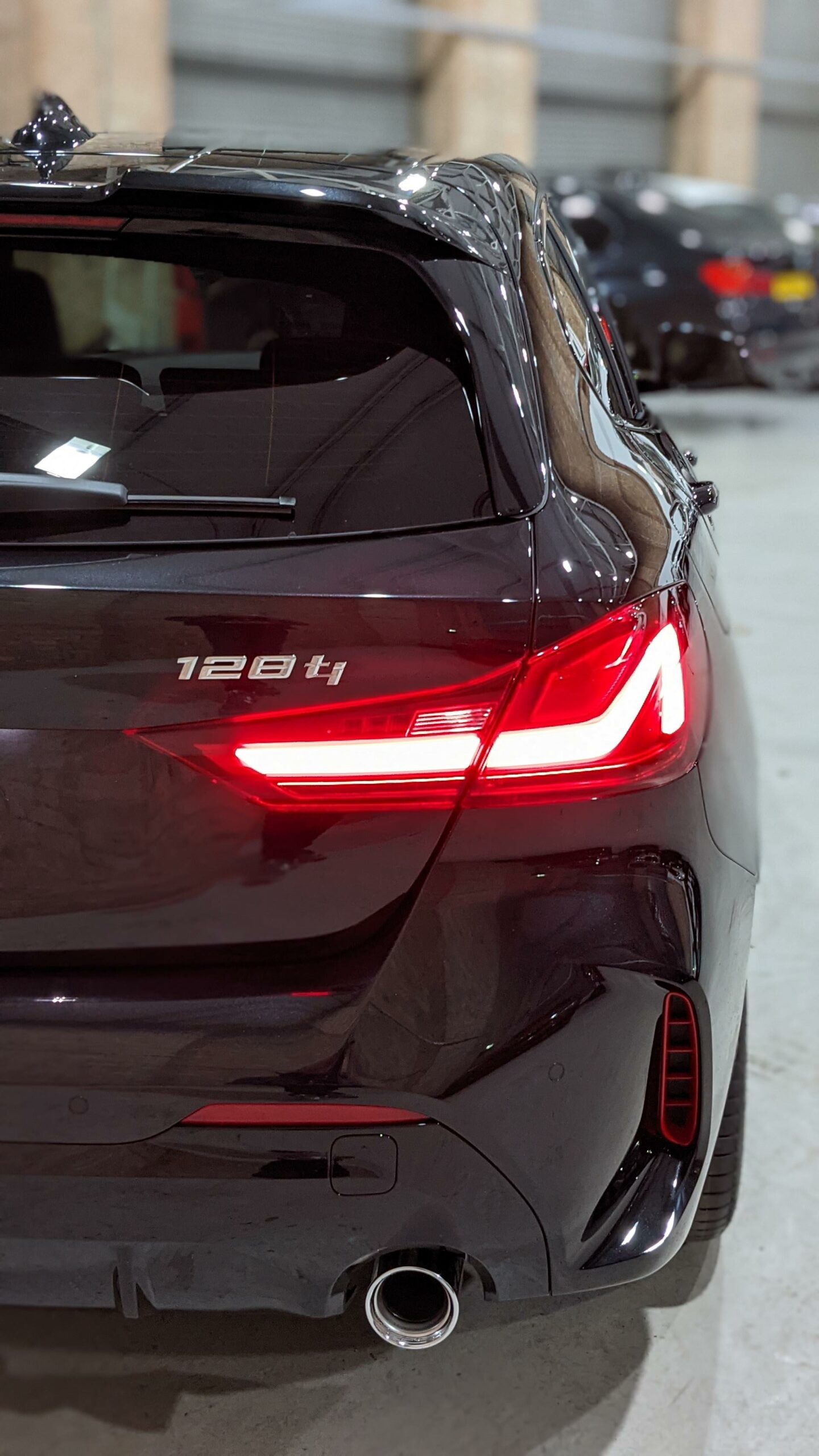 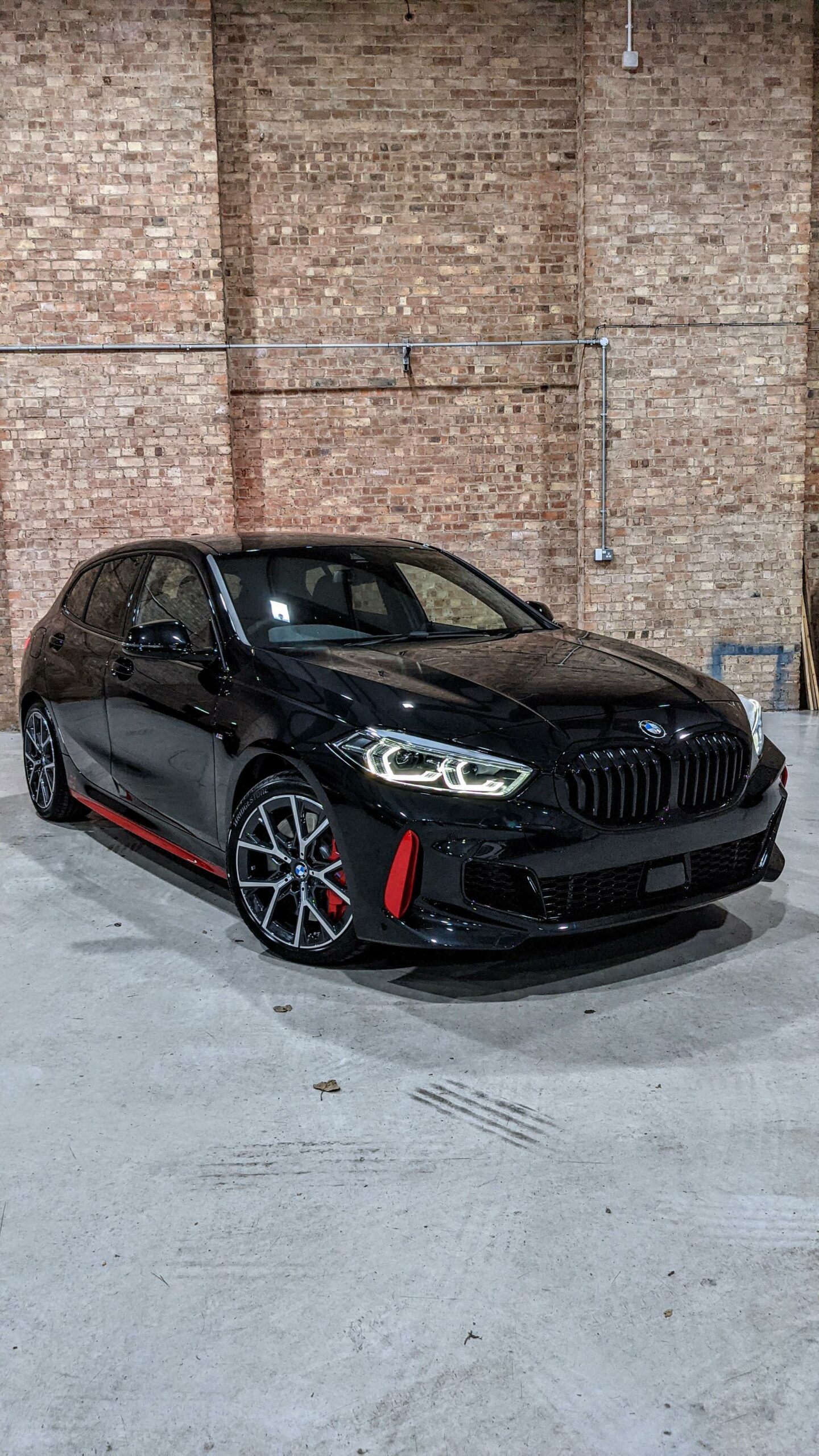 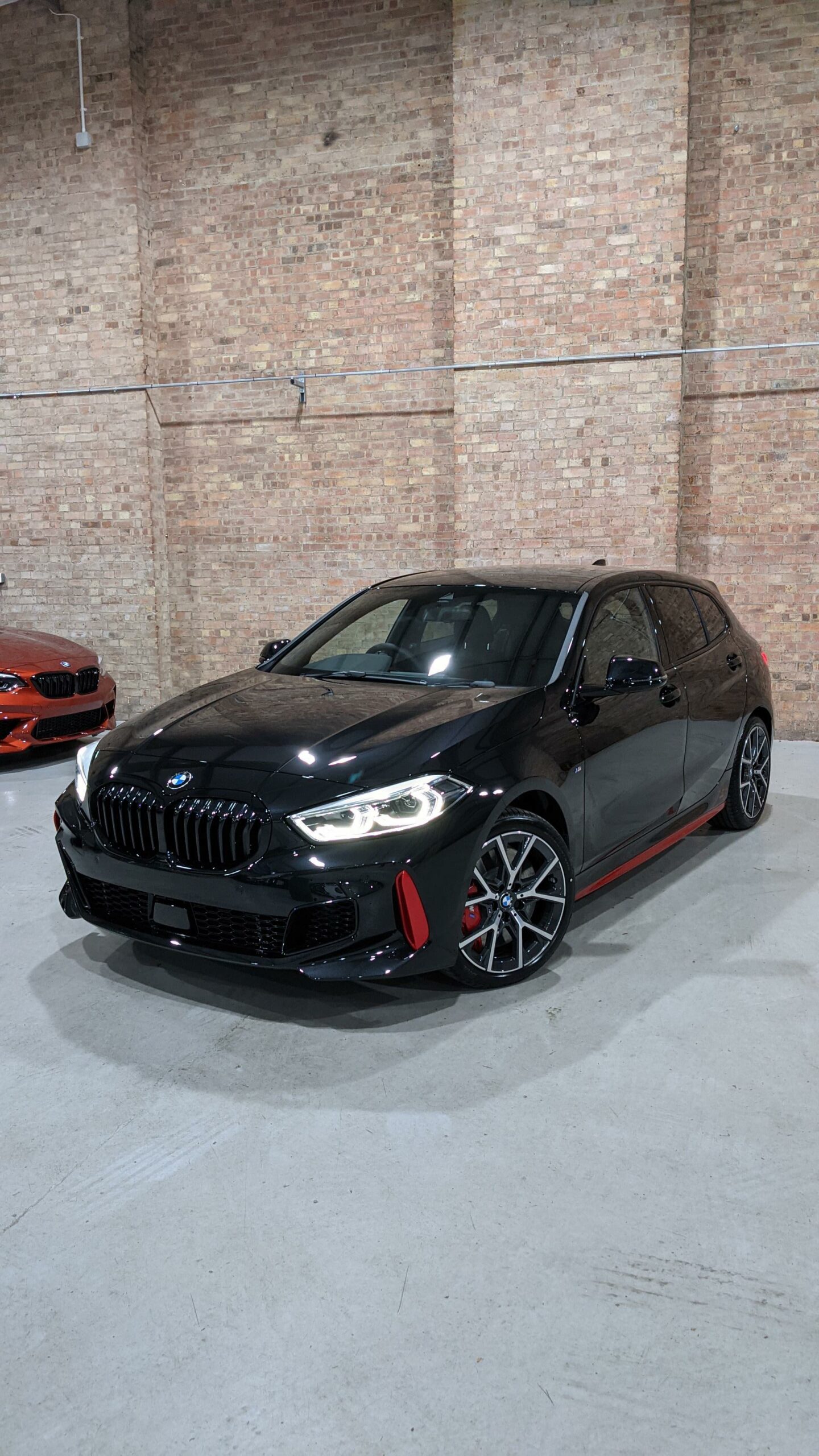 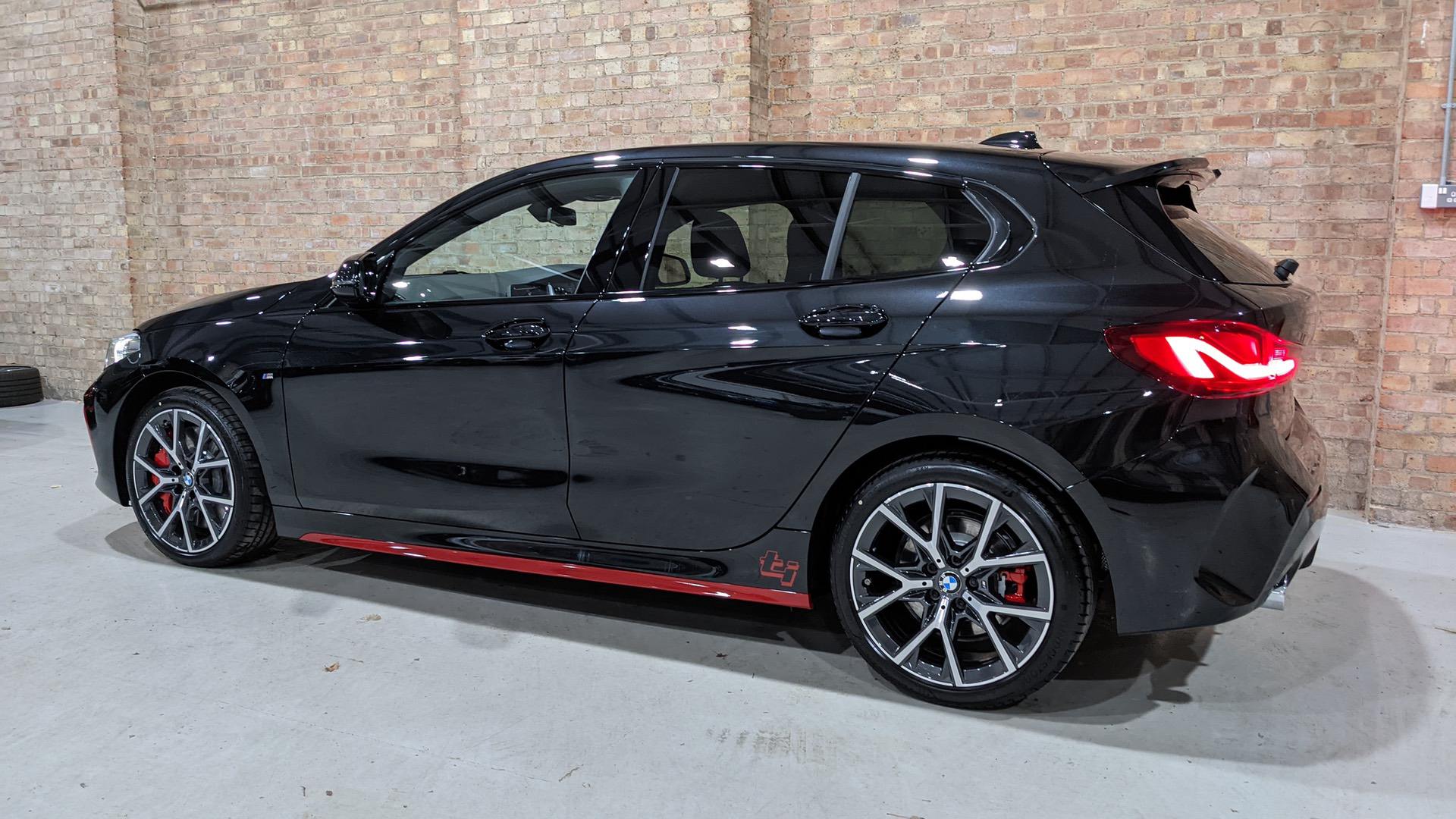 BMW 128ti is 85 kg (187 lbs) lighter than its sibling, which is like tossing me out of the trunk. Without the xDrive system, and with a decent rear anti-roll bar, don’t be surprised if you can get some good old fashioned hot-hatch lift-off oversteer from the 128ti. Sweetening the deal even further are the M Sport brakes, which are carried over from the M135i. That means the BMW 128ti gets four-piston monoblock calipers up front, with floating single-piston calipers out back. The calipers will also be painted red, which will differentiate the 128ti from its blue-calipered M135i sibling.

On the outside, the BMW 128ti will retain most of the same aggressive looks as the BMW M135i. So it gets the same front apron, rear bumper and side skirts as the M Performance car. However, it also gets some red accents in its front air intakes, side skirts and rear faux vents. There are also red “ti” badges on the side skirts, near the rear wheels.

Let’s take a look at the video below and don’t forget to subscribe to our Youtube channel.