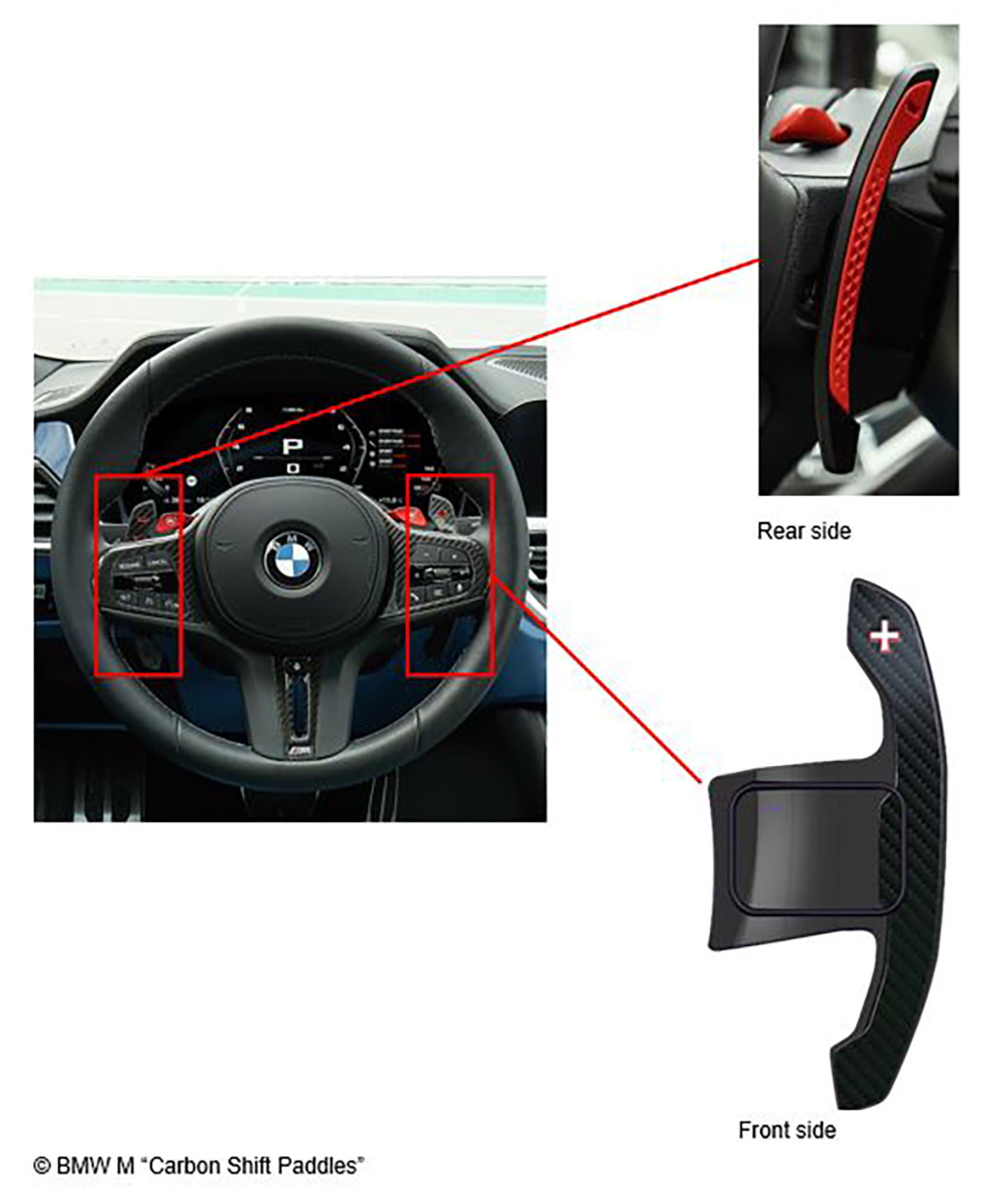 INEOS Styrolution announced earlier this week that BMW M has selected the aesthetic composite StyLight® as the material of choice for a new generation of ergonomically optimized carbon shift paddles. According to INEOS, the selected material for the shift paddle application is the carbon composite StyLight Aesthetic S C245-1-060, backmolded with PC/SAN GF30. Furthermore, the press release says that the material was specifically developed for automotive interior and exterior applications and a range of applications in the electronics as well as the sports and leisure industries.

One advantage of the StyLight is the high chemical resistance and its cost-effectiveness. For example, StyLight can be used without coating (compared to a PC based composite) and no extra compression moulding step is required since the high surface appearance is achieved directly by the backmoulding step.

When BMW unveiled the new M3 and M4, the steering also featured a new set of paddles which seem to be the ones engineered by INEOS. The carbon fiber paddles come with a minus sign on the left paddle and plus on the right, indicating the downshift and upshift sequence. Clearly, those are paired with an automatic transmission, in the case of the M3/M4, the ZF eight-speed. The interesting tidbit is whether BMW will offer those new paddles as an aftermarket accessory for other models as well. More on that soon.