You’d have to be a real BMW homer to not at least acknowledge the fact that modern BMW design isn’t to everyone’s taste. Cars like the BMW 7 Series LCI, X7 and 4 Series have been causing some controversy among cars enthusiasts for their ever-growing grille sizes. However, the new BMW iX is not only the newest Bimmer to use an oversized grille but also the most egregious, due to the fact its grille is neither necessary nor functional. So, naturally, it’s taken some flak.

BMW must have seem much of that criticism and decided to fire some shots back in defense of its latest car. On Twitter, BMW’s social media team decided to post a tweet, using the millennial-favorite “Ok, Boomer” catchphrase. The entire tweet reads “Ok, Boomer. What’s your reason not to change? The first-ever BMW iX.”

OK, Boomer.
And what’s your reason not to change?

Now, I’m an expert in neither social media nor marketing but I’d wager that throwing shade at your critics isn’t going to suddenly give them a change of heart. Instead, it’s likely going to fan the flame and cause even further, harsher backlash. And the internet is undefeated.

Admittedly, I actually don’t hate the BMW iX’s design. Its grille is ridiculous, being that there’s literally no reason for it to exist (yes, it houses sensors but they can be hidden behind the body panels, a la Tesla/Porsche). The rest of it, though, I actually find quite handsome. However, I understand the criticism, as the iX certainly bucks a lot of classic BMW trends. What BMW should be doing is acknowledging its fans criticisms and trying to get people to appreciate the design and maybe its finer details, rather than just fighting back on the internet. 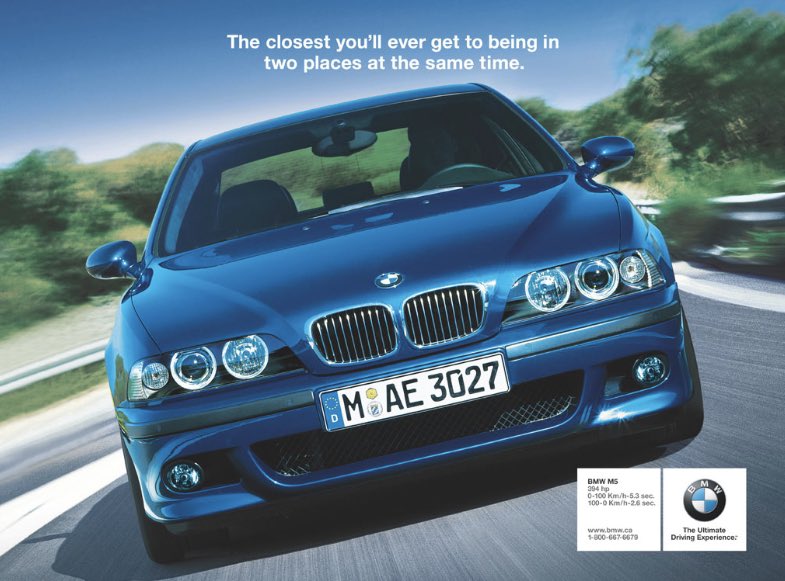 Fans of course fired shots back again with old ads from BMW, showing off how to properly advertise a Bimmer. Ads from the original E39 BMW M5 and Z4 were especially good and prove that BMWs not only used to be genuinely beautiful , rather than controversial, but also how they had great marketing campaigns. When you see those cars in those ads, you realize that this is a very different BMW than the one we knew back then.