The BMW iX1 will be a fully-electrified version of the standard X1 and it will be a based on the same FAAR 2 front-wheel drive architecture. A new render has release, showing off what such a car could look like from the front and it’s been based off of some spy photos of the upcoming BMW X1 and the newly released iX3.

Up front, we see the same new grille as the BMW iX3, with a conjoined fake kidney grille, a black textured insert and chrome/blue accented grille surrounds. It also gets 4 Series-esque headlights, big vertical air intakes and a large lower front air intake. 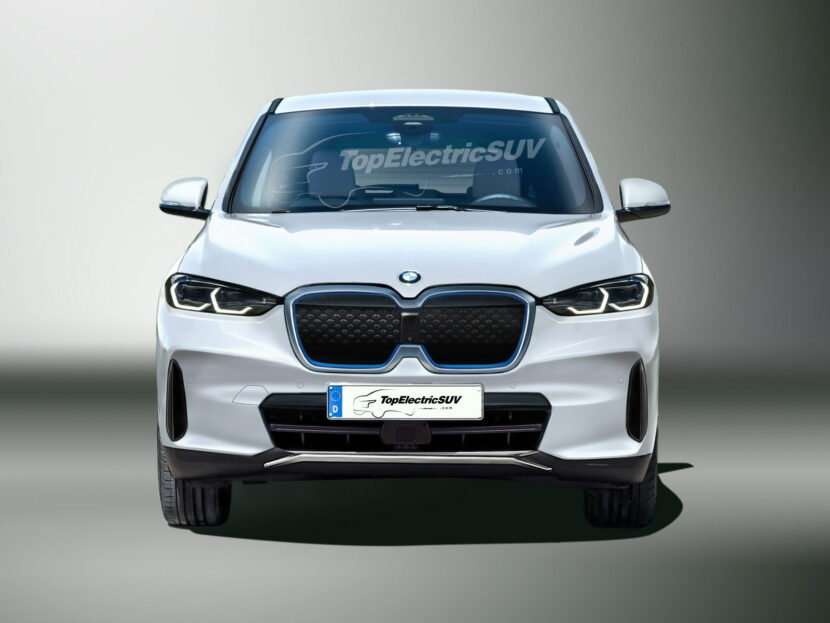 What’s funny about this render is that, at any other time in BMW’s history, it would be looked at as heresy. Now, though, it looks more like a traditional BMW than half of the cars in the brand’s current lineup. Its grilles are large but reasonable, its hood shut line is nicely integrated into the grille and headlights, there doesn’t seem to be any superfluous design features. It’s just a clean, honest BMW design.

We’re interested to see what will become of the BMW iX1. After seeing the iX, we’re encouraged by BMW’s EV tech, if not entirely blown away. There’s potential, if priced properly, for something like an iX1 to really catch on with customers, especially customers of traditional legacy vehicles.