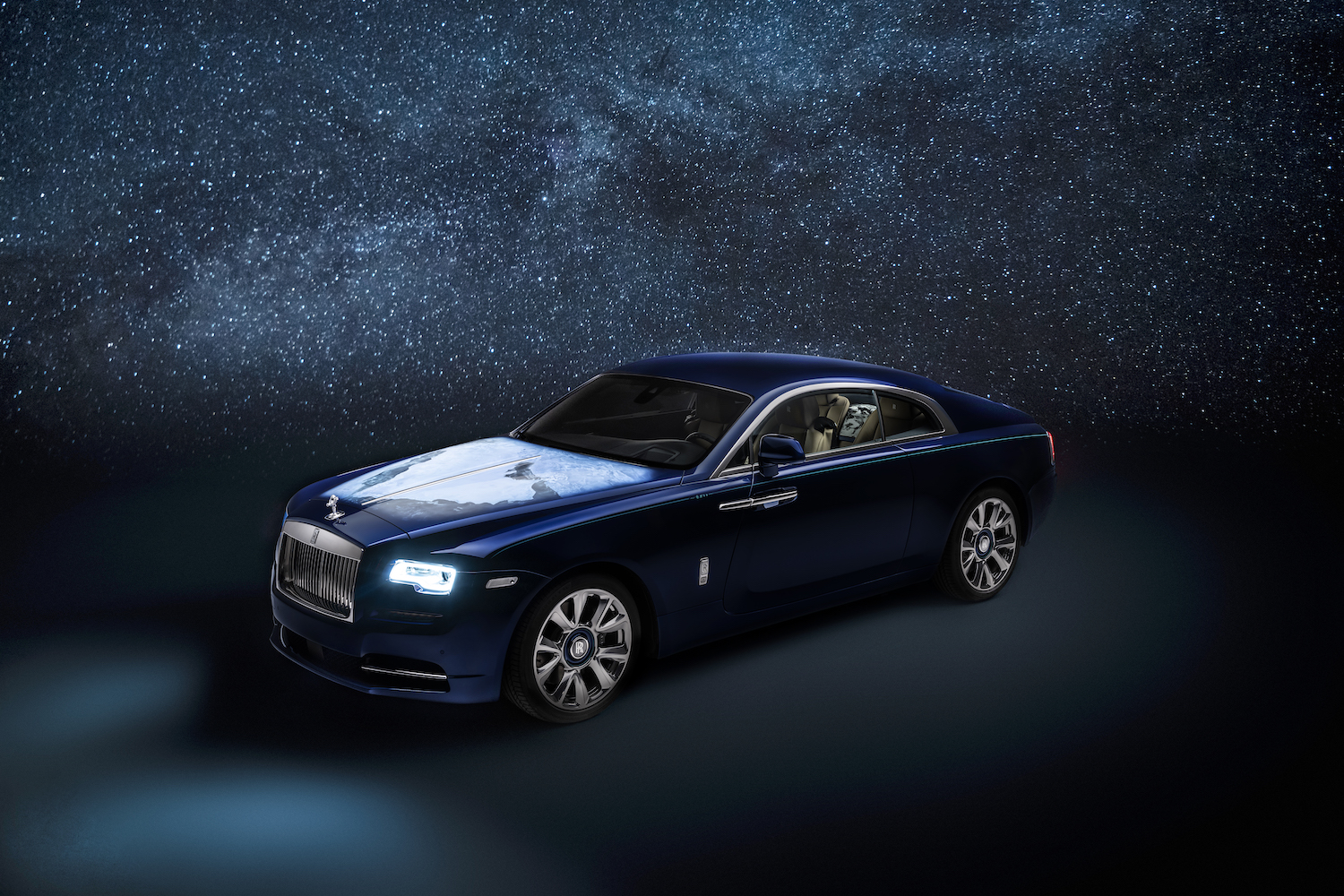 As we all know, it’s pretty hard to find two Rolls-Royce cars configured the same way. Most customers want to make them unique and they do go to certain lengths to do so. Today, Rolls-Royce unveiled a unique Wraith model, heading to Abu Dhabi which could very well be used as a swan song for the Coupe model that’s about to get replaced. The Wraith – Inspired by Earth model features some truly unique paintwork that’s supposed to depict the Middle East as seen from space.

“We’re used to clients bringing us grand visions for their Bespoke Commissions, but this provided a new perspective altogether. In our response to the brief, we’ve worked at both the ‘macro’ level, referencing the Sun and planets of the whole Solar System, and the much more personal ‘micro’ level, centering our view of the world on the place the customer calls home,” said Michael Bryden, Lead Bespoke Designer, Rolls-Royce Motor Cars. 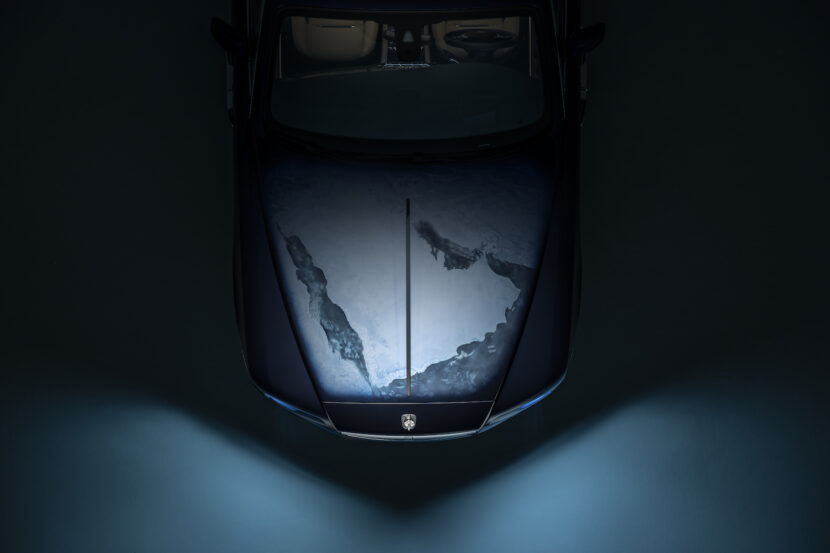 The exterior of the car is painted Royal Blue, representing the 75% of the Earth’s surface that is covered by water. The most striking feature, however, is the bonnet artwork, which depicts a satellite’s-eye view of the Middle Eastern region. Centered on the United Arab Emirates, the panorama extends across the Red Sea, the Arabian Sea and the Gulf of Oman, all meticulously air-brushed by hand in a process that took over 100 hours to complete. 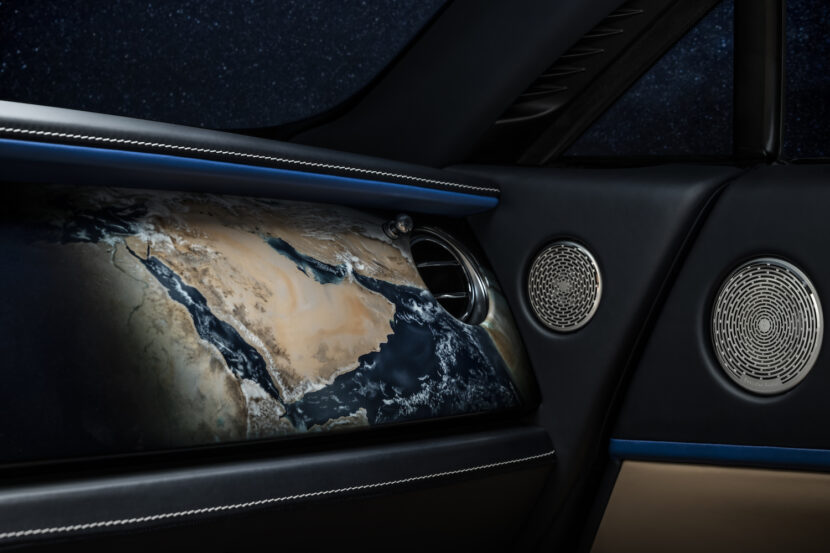 The exterior is finished with a hand-painted Emerald Green coach-line incorporating the Sun and the eight planets of the Solar System – Mercury, Venus, Earth, Mars, Jupiter, Saturn, Uranus and Neptune. By contrast, the interior aesthetic focuses on the Earth’s surface and the human and natural life that inhabits it. The seats are made from Moccasin leather to mimic the sands of the Emirates’ deserts; Navy and Cobalto Blue accents are suggestive of rivers and lakes and Emerald Green piping symbolizes nature in all its forms. 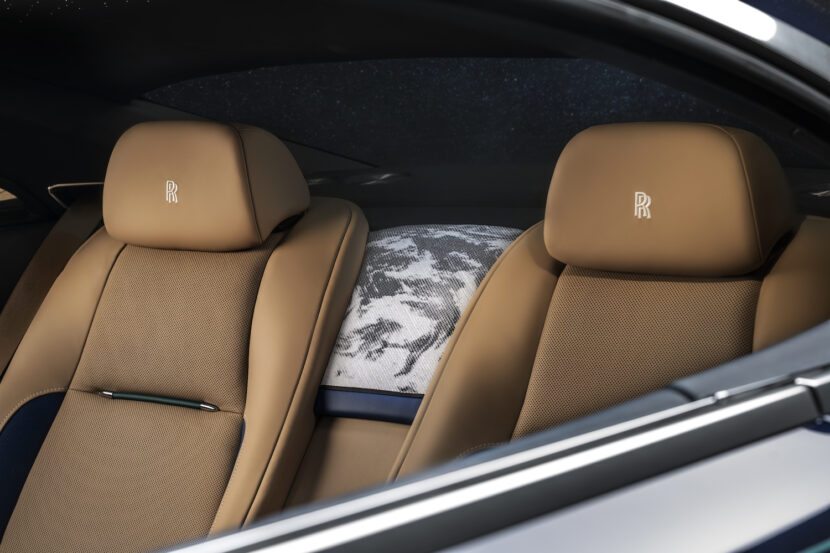 Arctic White ‘RR’ monograms and stitching hint at clouds and translucent running water. The rear waterfall features a spectacular scene of atmospheric clouds rendered in minutely detailed embroidery using Photoflash technology. On the fascia, the Piano Milori veneer is embellished with a satellite image of the Middle East, so realistic that it appears to be a photograph but in fact is skilfully air-brushed.

The Bespoke Starlight Headliner is embroidered to illustrate all the planets of Solar System, centered on the Sun. Other Bespoke details include tread plates, a clock with metal radial background, and inlays showing the planets in silver, with planet Earth accentuated in gold. 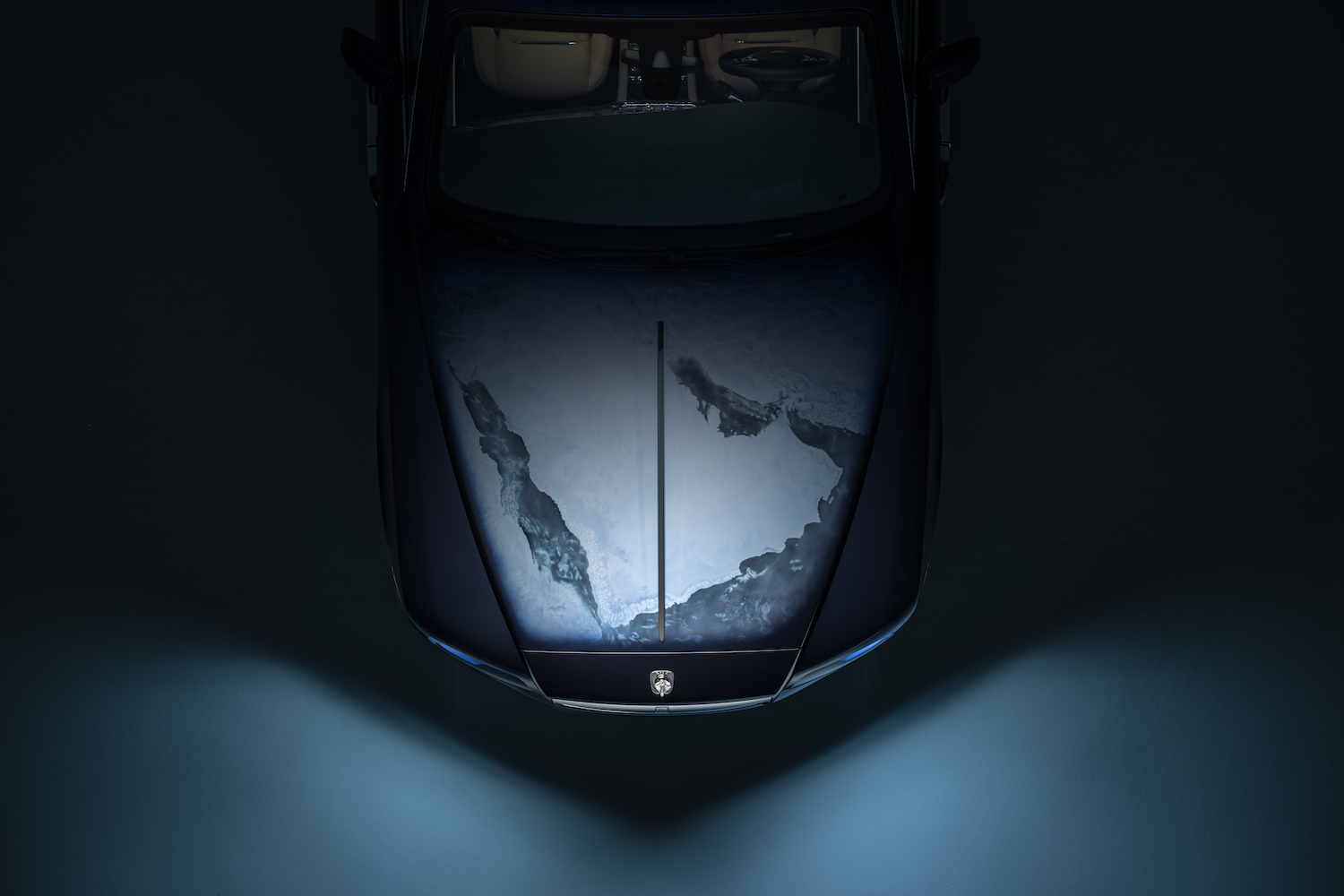 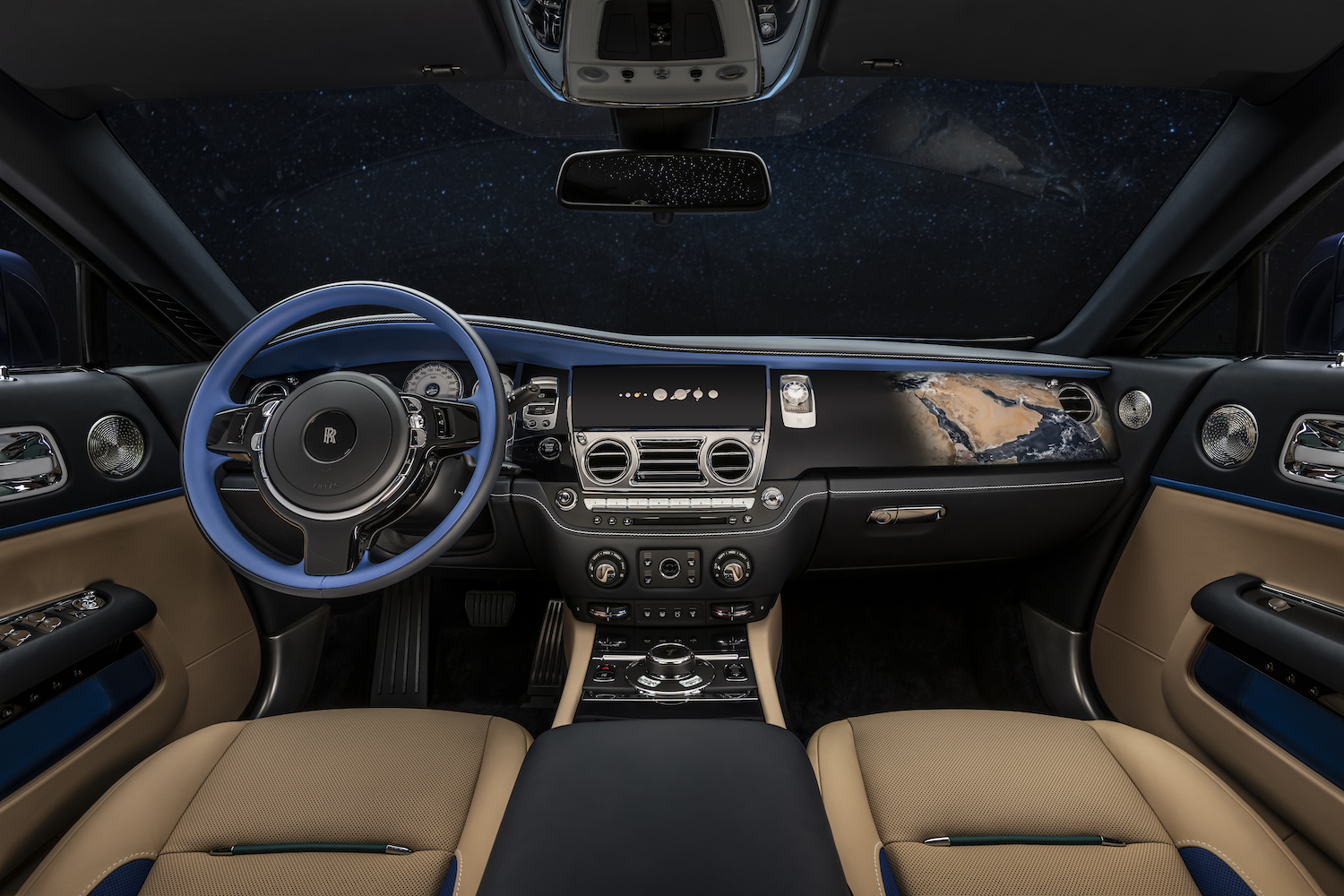 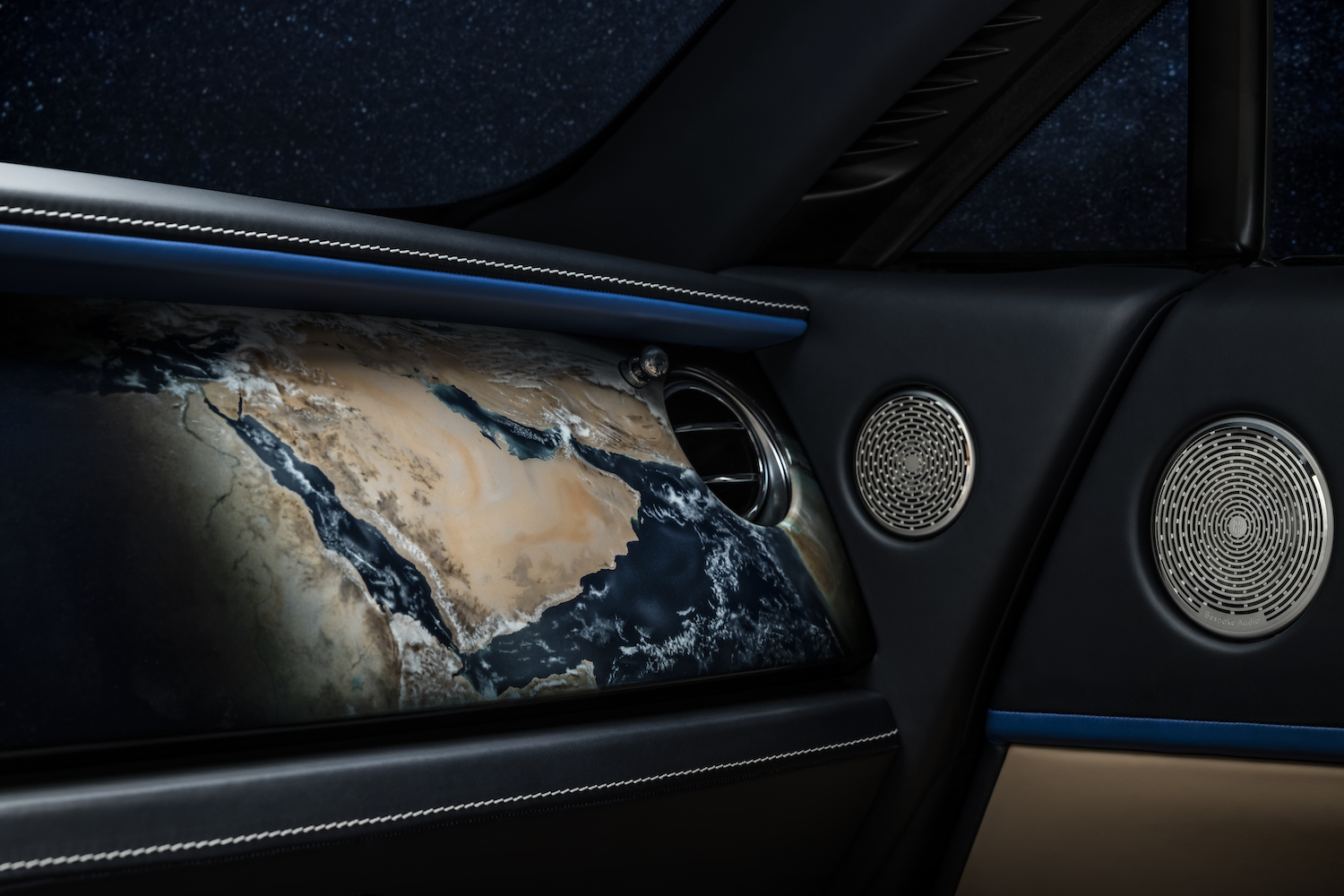 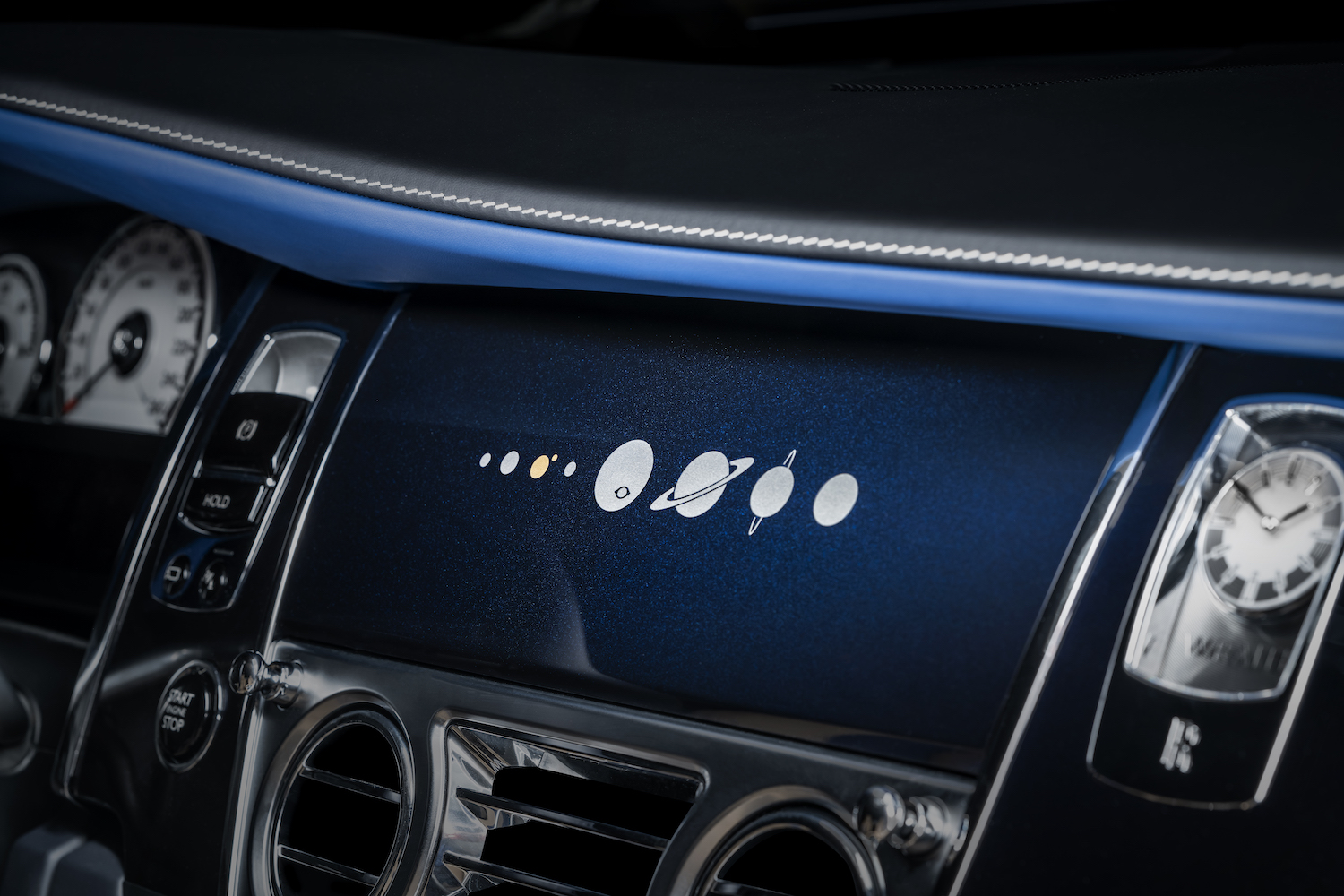 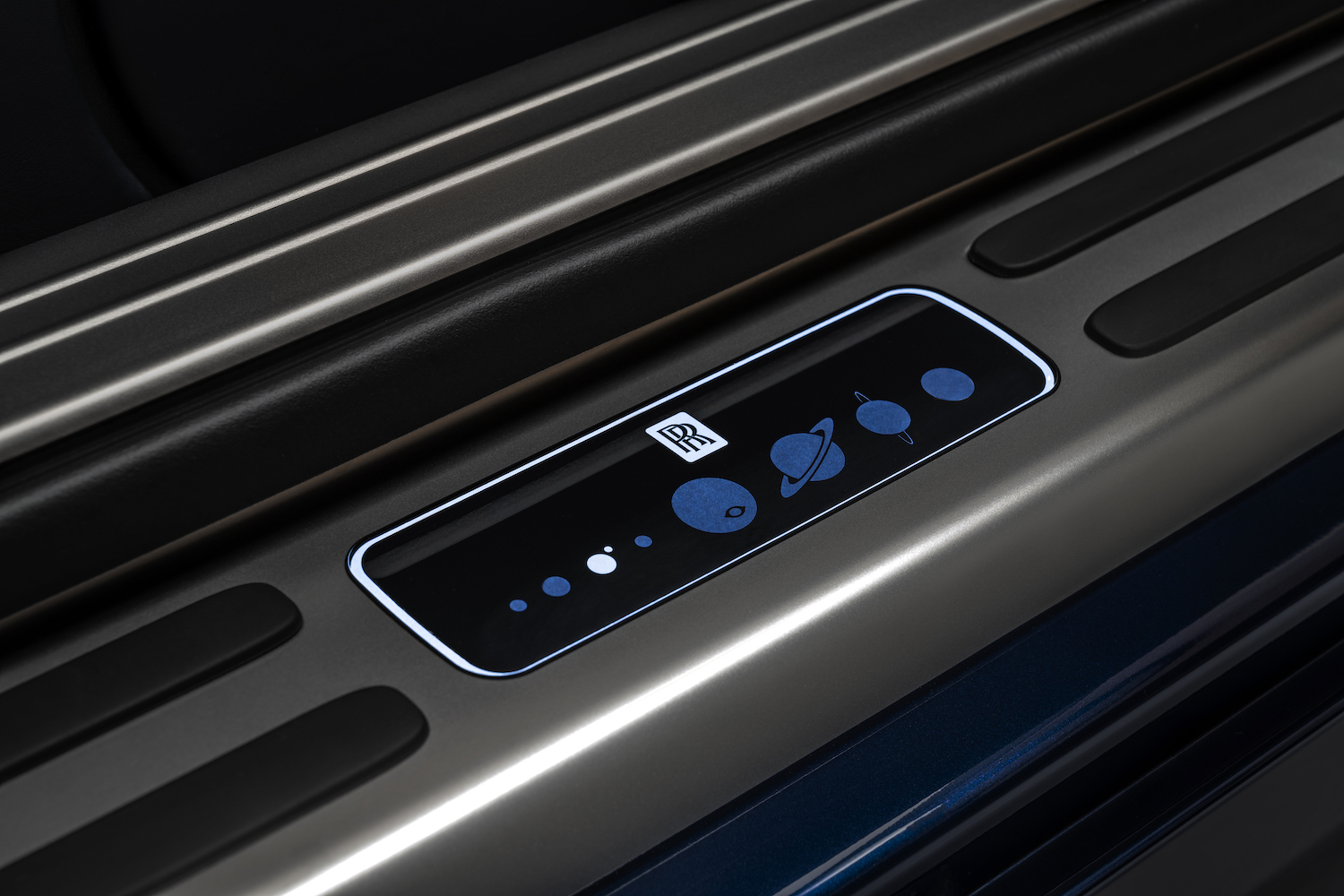 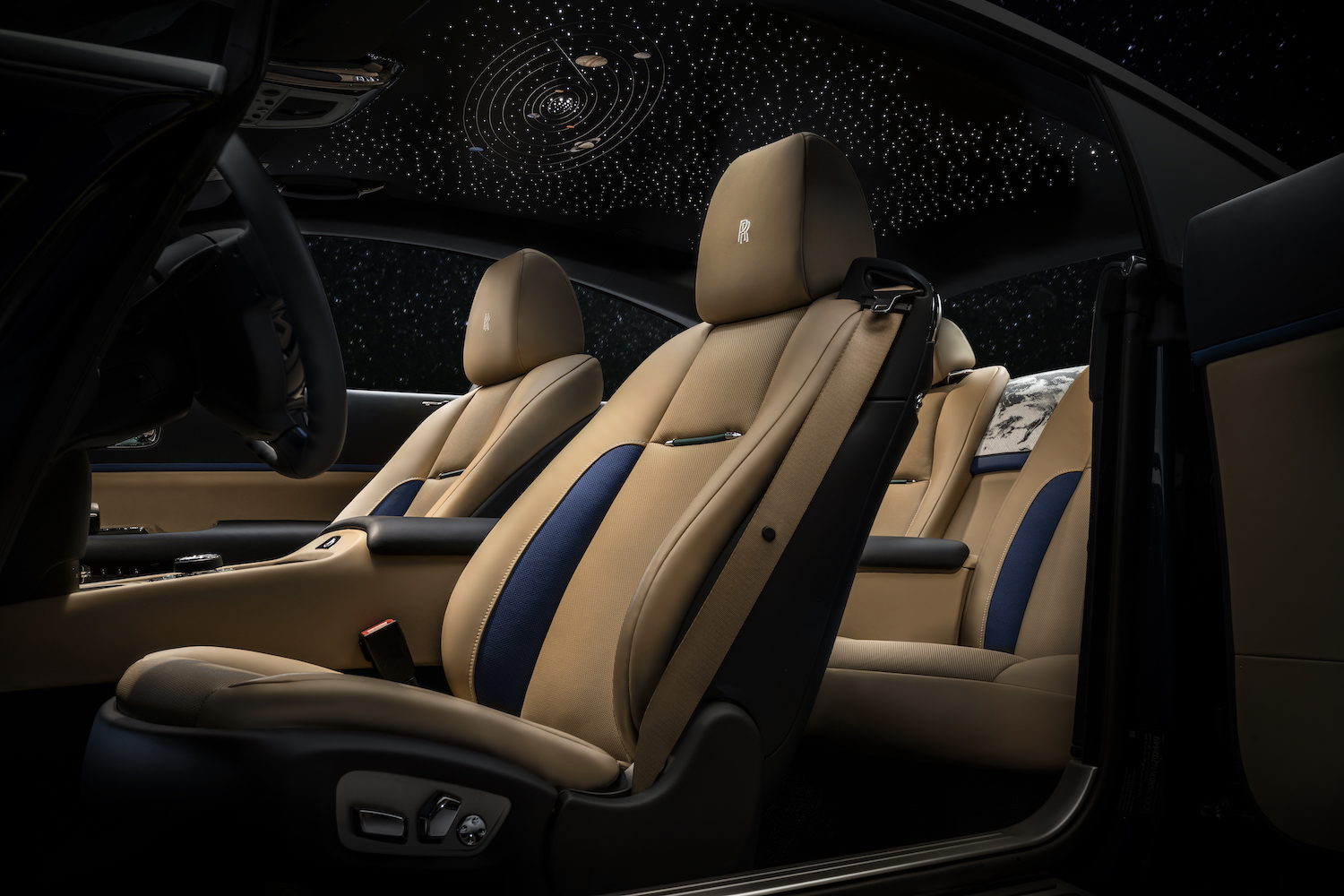 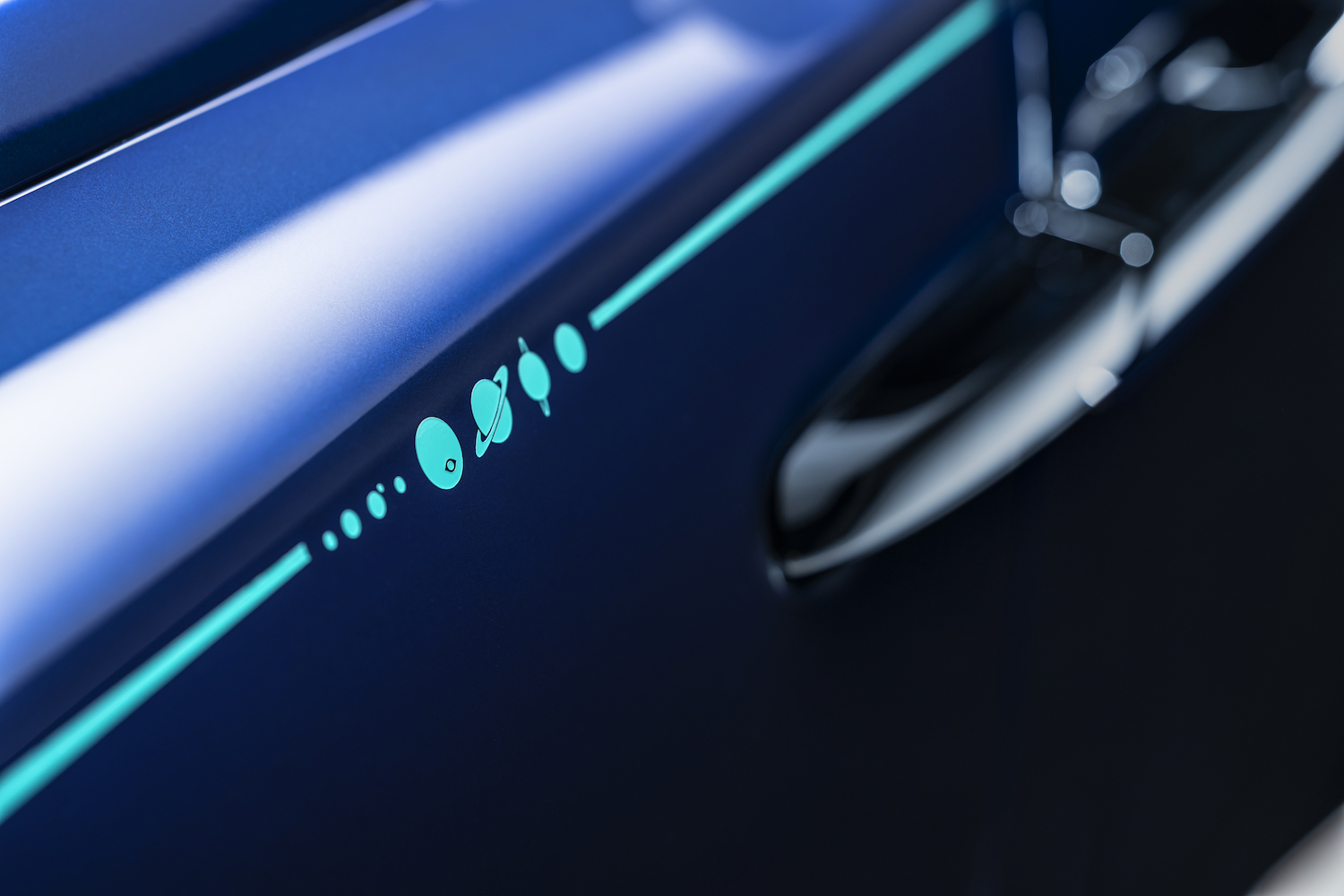