The BMW 2 Series Gran Coupe is nothing more than an attempt from Munich to stay relevant in certain segments. That segment includes the likes of the Audi A3 Sedan or CLA-Class from Mercedes-Benz. That’s about it, to be fair and the reason why that’s happening is because there’s a decent hunk of change going around in that segment and it would be a shame not to try and nab some.

The top of the range model is called the BMW M235i xDrive Gran Coupe. Why? Because it’s considerably more powerful than the next best thing and noticeably better to drive. Is it better than the M235i Coupe that was originally launched some 6 years ago?

Of course not, but you really shouldn’t compare the two. One is built on the UKL FWD platform while the other is a RWD car. Nevertheless, the M235i Gran Coupe is a fun car. 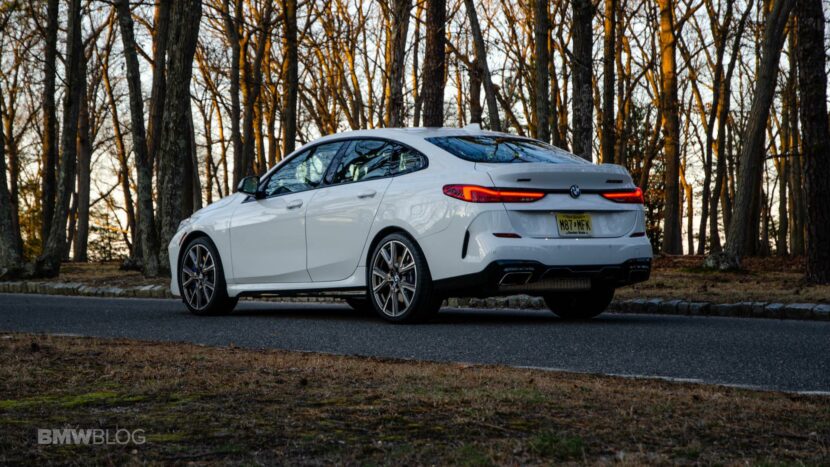 For most people, it will be more than they can handle. Literally. And the fact that it was capable of doing some hot laps on a proper track like Hockenheim speaks loudly about how potent this little four-door coupe is. It may not be the fastest out there but, as I said, other cars wouldn’t even make it to the finish line.

As for this particular hot lap, it was completed by the people at Sport Auto. The driver was Uwe Sener who has plenty of experience in such situations. His best lap time with the 300 HP M235i Gran Coupe was 2:06.1 which is decent but slower than the main rival of this car, the Mercedes-AMG A35 4Matic which did it in 2:04.9.

The BMW did manage to beat the Audi S4 Avant though, by 0.2 seconds and the Seat Leon Cupra R ST by 0.6 seconds. In all fairness though, the Audi is a diesel now and the Seat was probably not running on Michelin Pilot Sport 4 tires.