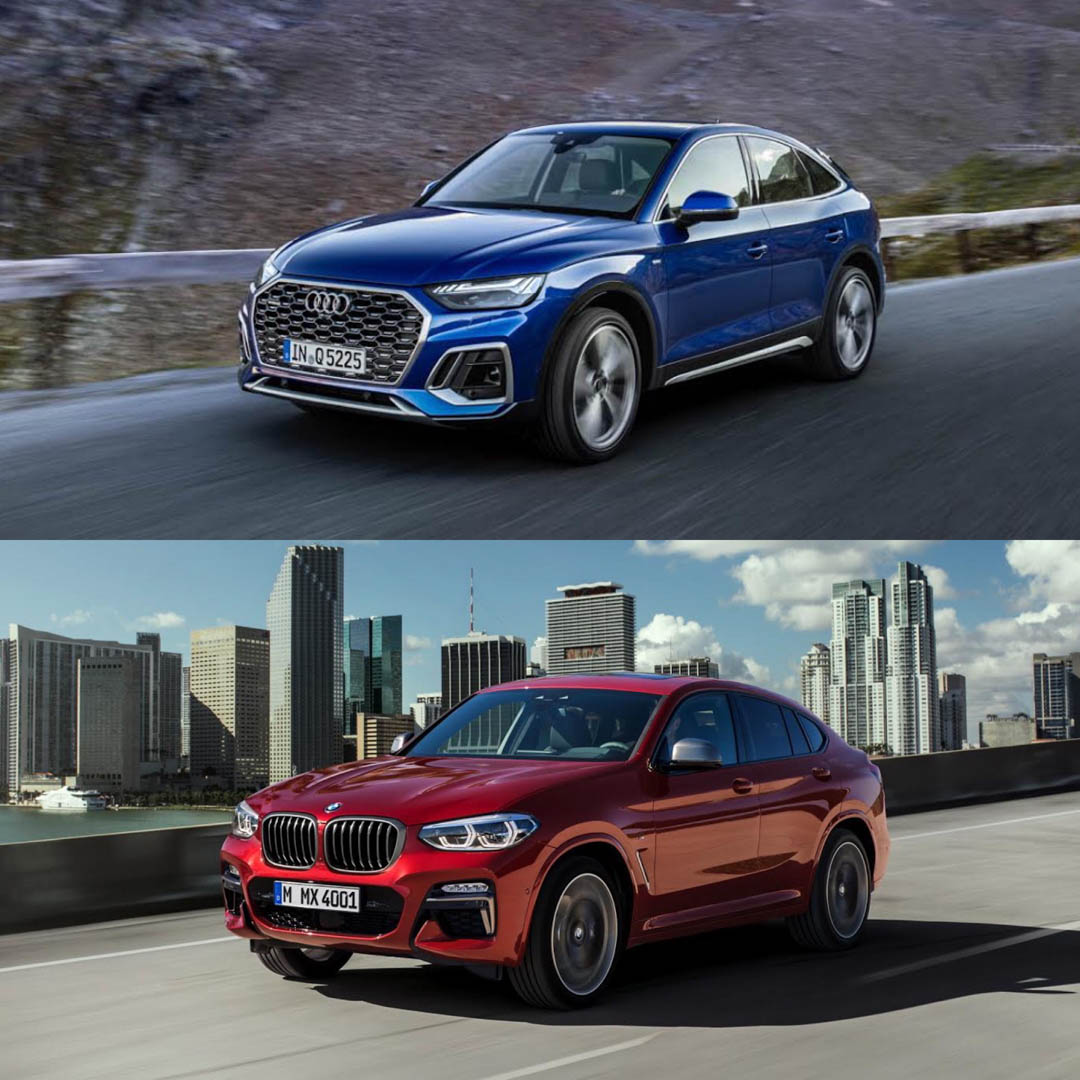 German brands seem to be obsessed with SUV “coupes” at the moment, with each of the Big German Three debuting a new one seemingly every other week. This week, it’s the Audi Q5 Sportback, which is the newest rival for the first car of its kind in this segment, the BMW X4. Now that the Q5 Sportback has finally been revealed, we take a look at how its looks stack up against the X4.

While we assume that the Audi Q5 Sportback drives identically to the standard Q5, we technically haven’t driven the new car yet so we can’t comment on either its driving dynamics or how they compare to the X4’s. Instead, this is purely a visual comparison, to determine which car looks best.

Up front, the Audi Q5 Sportback is a bit sharper, thanks to its more high-tech headlights, more aggressive angles and a new, sportier grille design. While the BMW X4 isn’t bad up front, it does get a bit frumpy looking after awhile. So it terms of their faces, it’s the Q5 that wins is.

In profile, both cars are aggressive rooflines that sacrifice practicality for style. Neither car looks pretty but they both feature odd styling which attracts young buyers, However, the Audi Q5 Sportback is sleeker and cleaner, while the X4 is a bit messier and more complex. The Q5 gets a win here but by a small margin 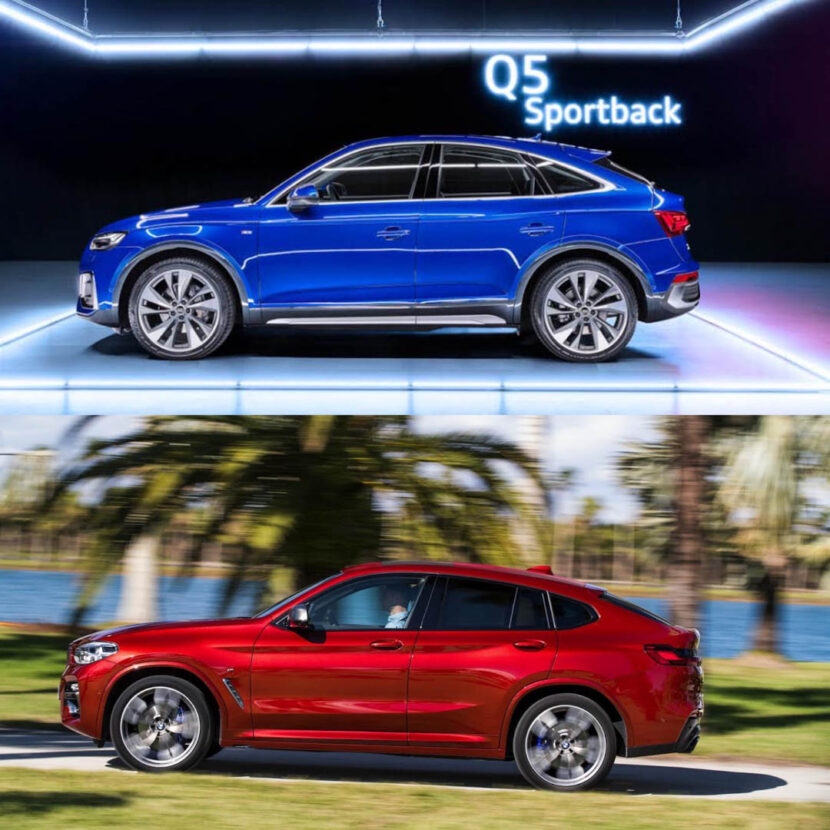 Out back, the BMW X4 is a bit more muscular and has a bit more visual drama. The Audi Q5’s taillights are really nice, though, and better than the Bimmer’s. Having said that, the Q5 loses automatically at the rear end for having fake exhausts.

Where most customers spend their time, though, is inside the cabin. The new Audi Q5 Sportback is barely, changed from the previous-generation. The only notable change is the touchscreen MMI system. Compared to the BMW X4’s rather spartan interior, the Q5 Sportback feels more comfortable than an old couch. Its horizontal lines are modern, its steering wheel is sporty, Virtual Cockpit always impresses us and the ambient lighting gives it an exciting touch.

The Audi Q5 Sportback has to win, then. It won in almost every major category and so it must be the winner. While Audi might be late to this specific party, it’s done an admirable job with its time off. 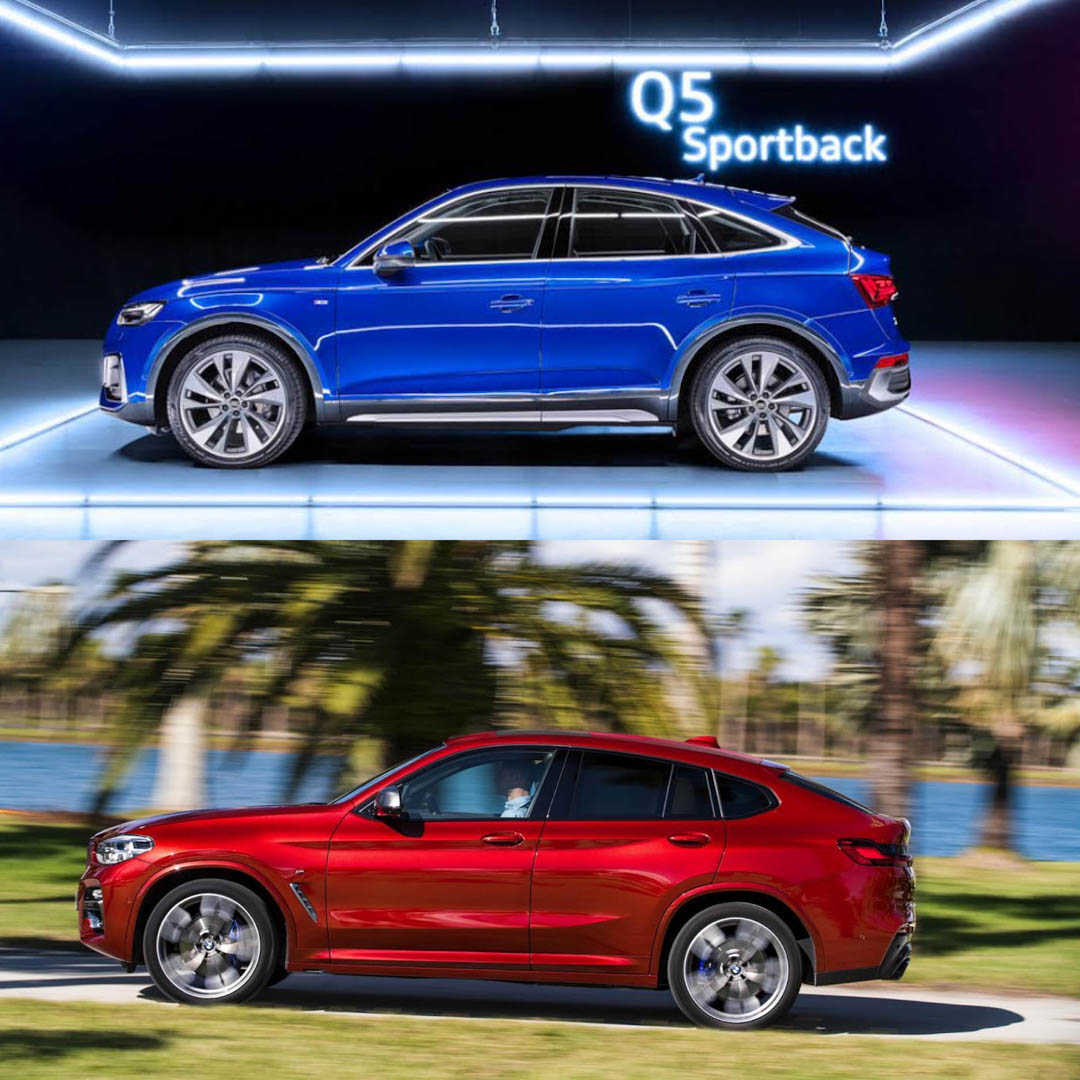 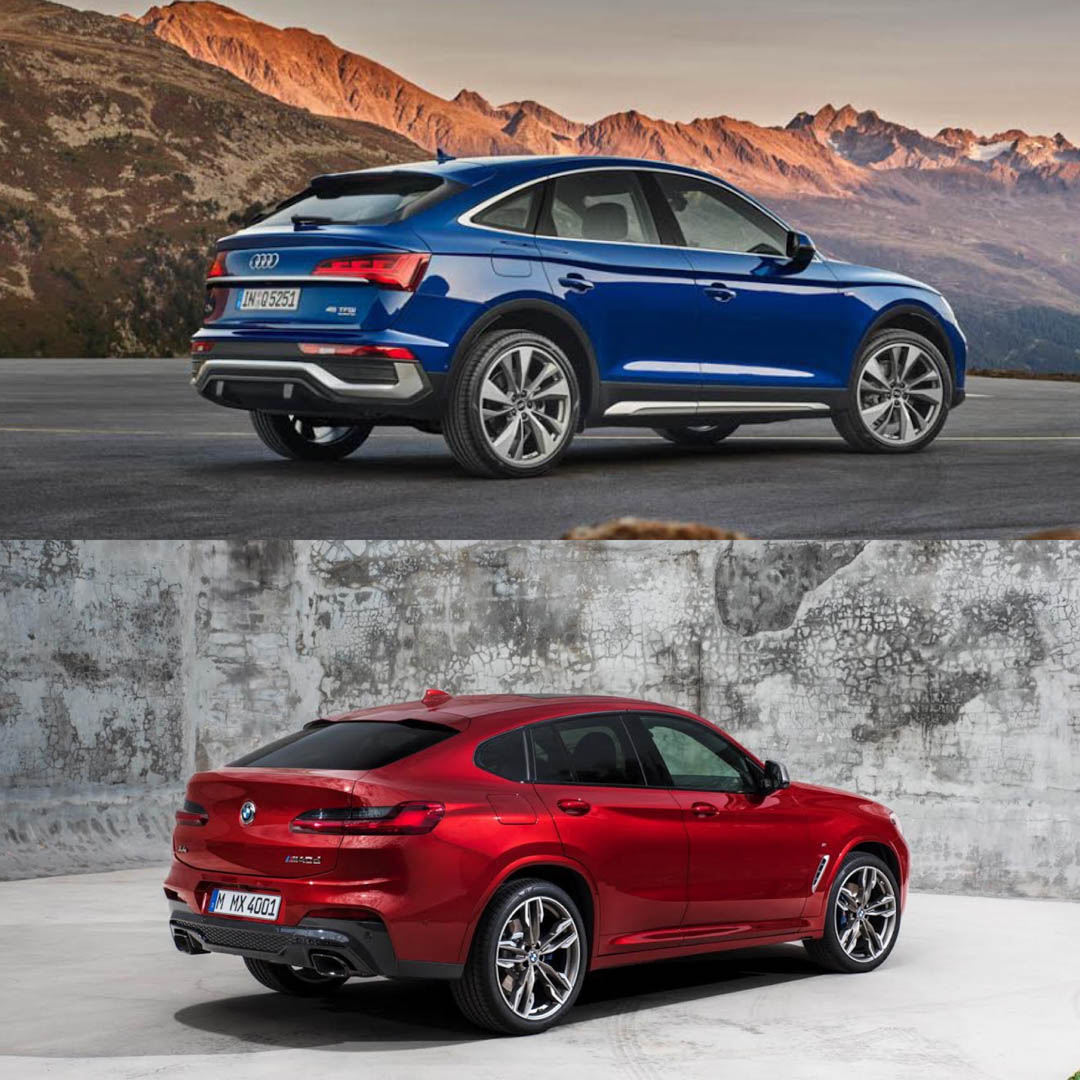 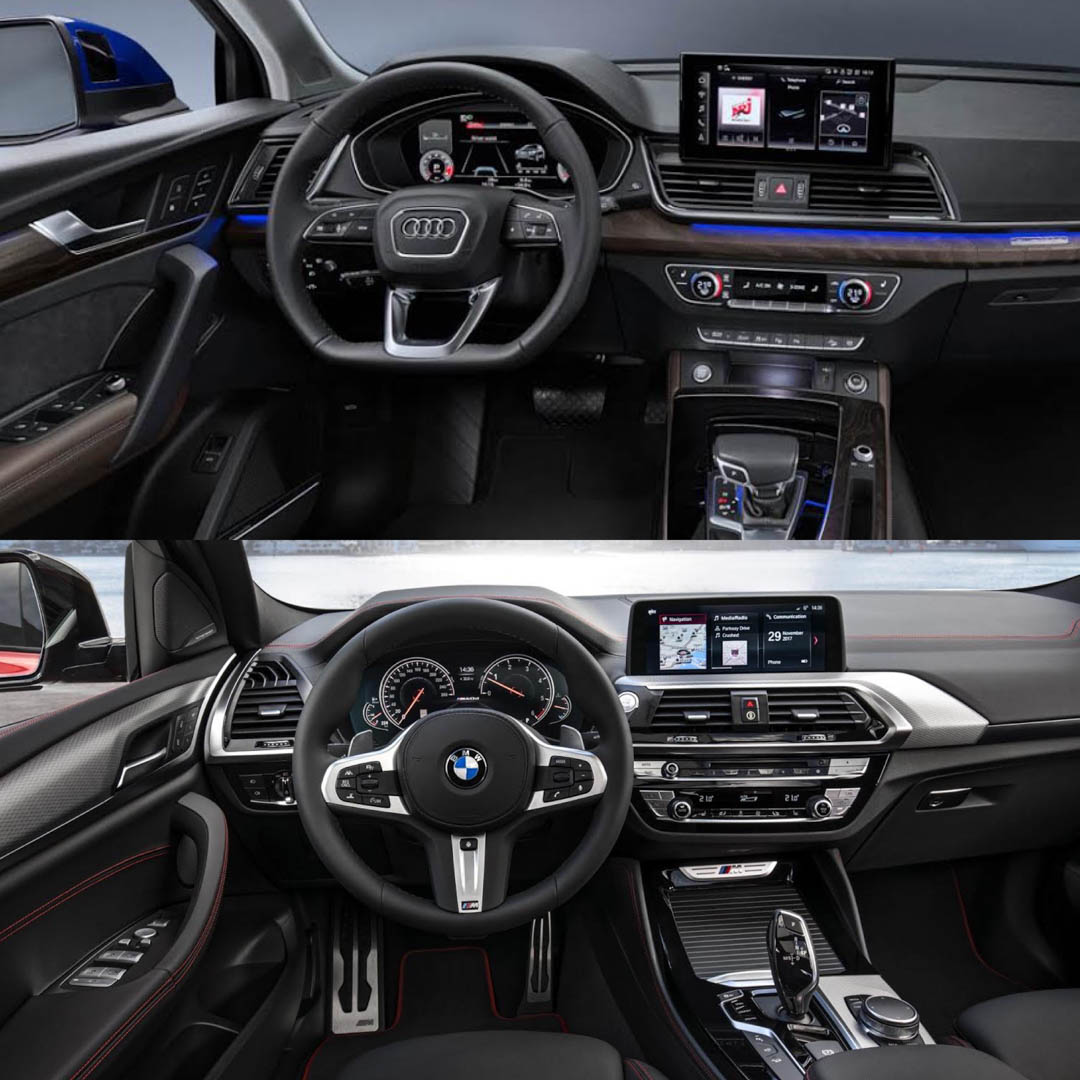