The BMW X3 M Competition was a highly anticipated car. It was rather late to the high-performance mid-size SUV party since there were already a lot of rivals on the market. Now, everyone wants a piece of the X3 M and, to be fair, the car delivered against its main rivals, holding its own against more powerful cars. Today we’re taking at a BMW X3 M going up against the Jaguar F-Pace SVR.

The Jaguar has been around longer than the BMW, but it did get a couple of tweaks over the years. The latest model comes with the trademark Jaguar 5-liter V8 and its supercharger. Together they can deliver 550 HP and 680 Nm (501 lb-ft) of torque to all four corners of the car. The power is sent to the wheels thanks to an 8-speed gearbox from none others than ZF. Sounds familiar? Well, it should be. 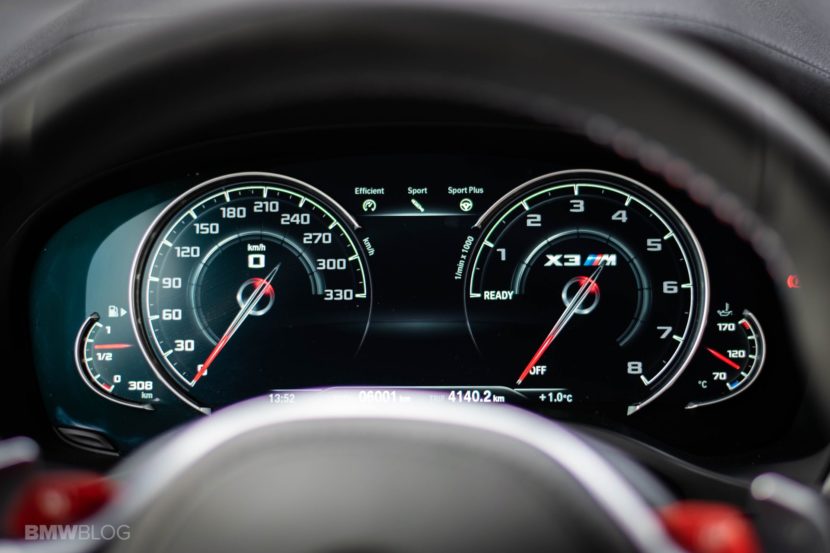 That’s because the BMW uses a similar gearbox for its cog-swapping duties. However, the X3 M Competition is down, considerably, both on cylinder count and horsepower. Under the hood of the Bavarian machine hides a 3-liter straight six twin-turbo capable of developing 510 HP and 600 Nm (442 lb-ft) of torque.

According to the official estimates, the BMW should be a tad bit faster than the Jaguar, with an estimated 0-100 km/h of 4.1 seconds compared to 4.3 in the Jag.

Read Also: Which BMW SUV is the Best on Sale at the Moment?

Unfortunately, according to the measurements made by the guys from AutoTopNL in the video below, the real-life results were a bit different this time. Both cars were slower to the benchmark speeds but that’s to expected, especially since the conditions seemed to be less than ideal.

Nevertheless, one car is still faster here and I guess you can pretty much tell which one it is. However, considering how good the Jaguar V8 sounds, which one would you pick?