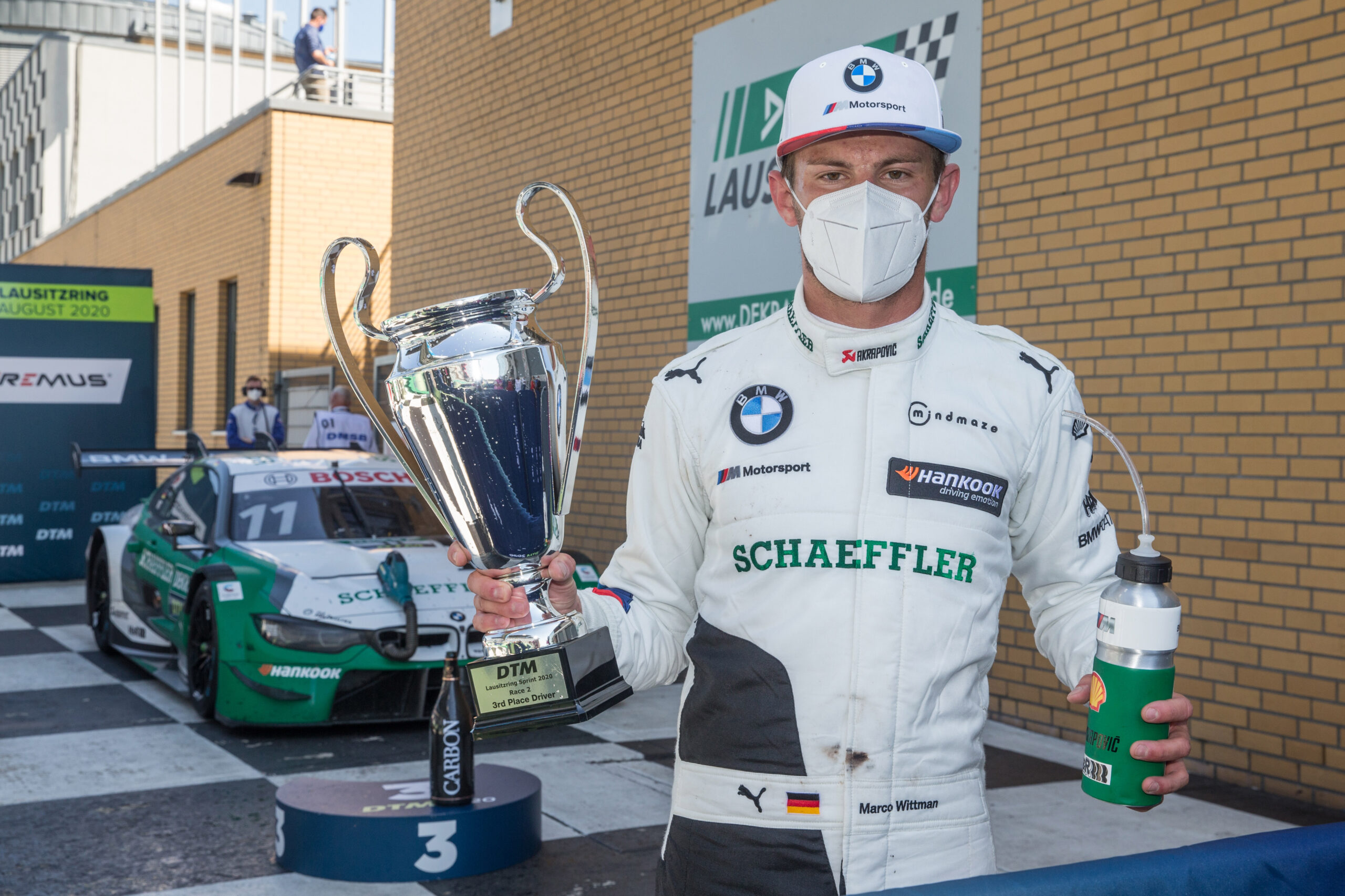 The second DTM race held at the Lausitzring this weekend brought another important milestone for BMW. Marco Wittmann managed to finish third in the race, marking the 300th podium in the DTM for BMW. It wasn’t an easy feat to pull though, especially after a hard qualifying session which saw Wittmann starting off from the seventh position on the grid.

Nevertheless, the German driver did his best and pushed hard throughout the race. In the final lap he was fourth and decided to go for it, pulling off a late overtaking maneuver to pass Robin Frijns and take third place. Other BMW drivers in the points were Timo Glock and Philipp Eng, who finished sixth and seventh as well as Jonathan Aberdein who came in ninth. It was a tough race too, with extremely hot conditions which took a toll on the tires. 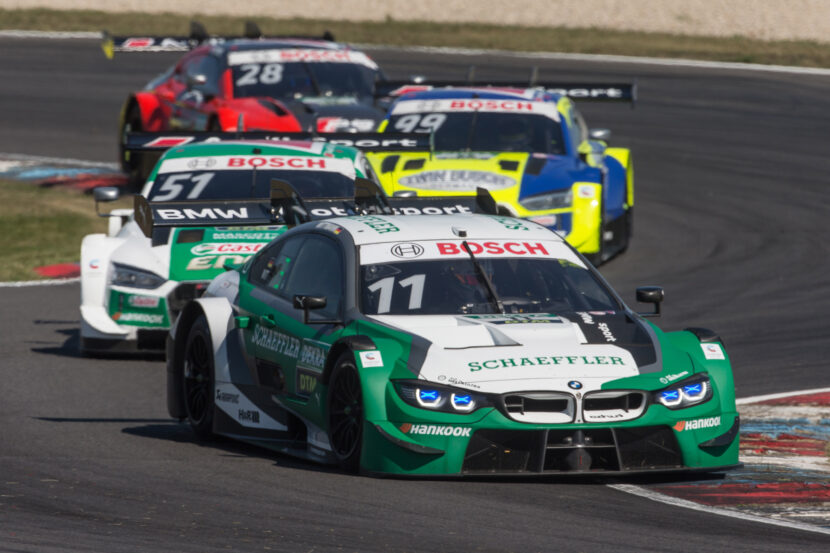 Sheldon van der Linde was one of the drivers that had to suffer because of that. He was in the top five initially, after an early pit stop. However, this strategy backfired as his tires took a beating and were nearly shredded in the final laps of the race. Therefore, van der Linde had to slow down to make sure he finished the race, leading to a 15th place finish, just behind Lucar Auer. The winner was Rene Rast from Audi.

“We focused on the race from the outset today, which meant making a compromise in qualifying. We must do a better job of coping with that compromise next week, as the race is obviously easier the further up the grid you start. I feel sorry for Sheldon van der Linde. We called him in early for his pit stop, which catapulted him up the field. Unfortunately, his tires gave up in the end. On the whole, we have taken a big step forward compared to Spa-Francorchamps. We must back that up next week. Congratulations to René Rast on his win,” said Jens Marquardt after the race. Next week, the DTM will not be going anywhere, the same Lausitzring track being on schedule for a race, but this time on a modified track layout.