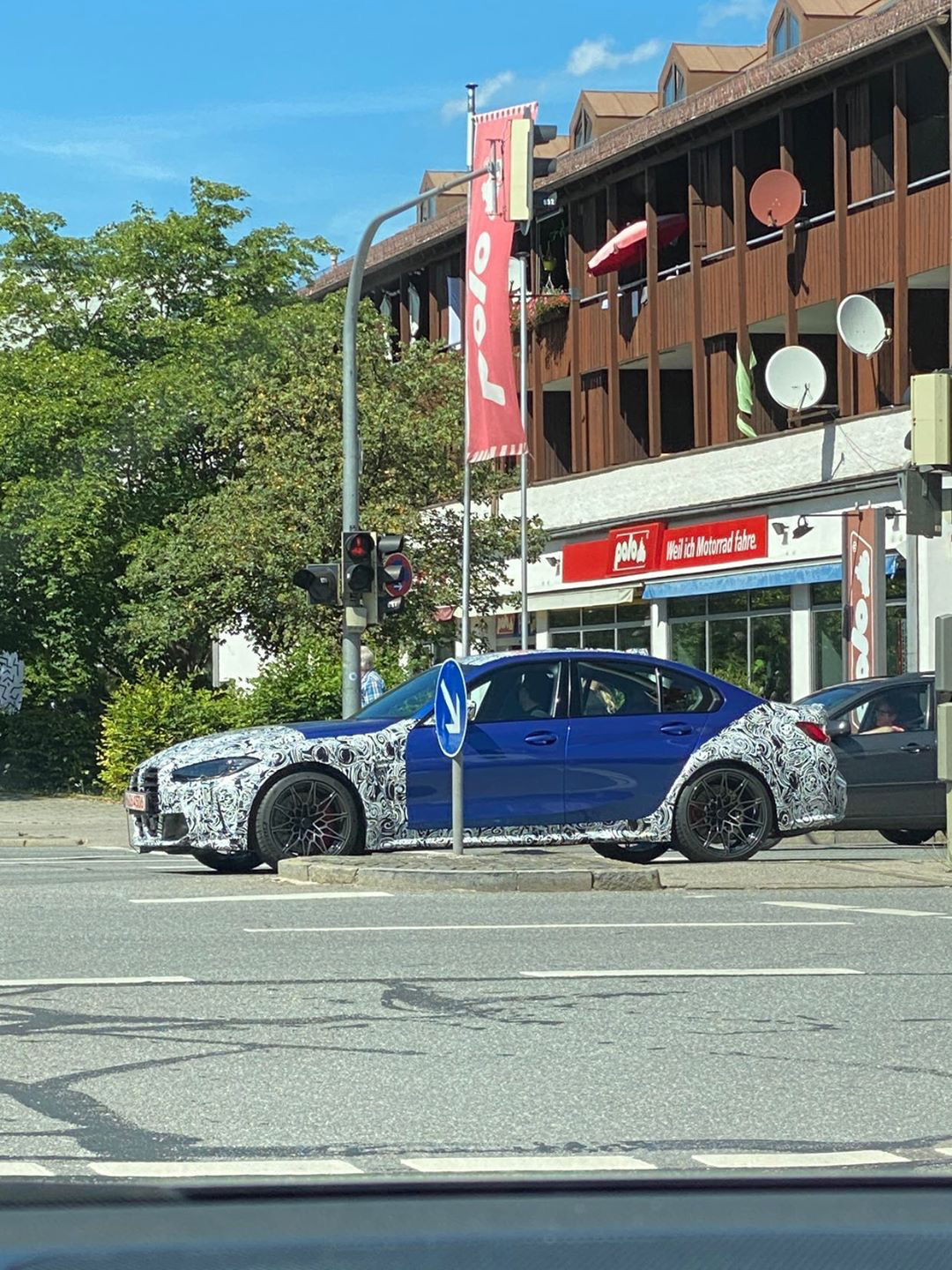 We are weeks away from the unveil of the new G80 BMW M3, but the car hardly has any surprises left for us. It has been leaked several times before, and we even had the chance to drive one. But today is the first time we’re seeing the G80 M3 in the upcoming Portimao Blue color.

The beautiful shade of blue was made famous by the G20 3 Series, and especially by the M340i sedan. The very same color will be part of the standard color palette for the G80 M3 and G82 M4. The 2021 BMW M3 will be offered with a wide range of classic and new colors: Sao Paolo Yellow, Toronto Red, Isle of Man Green, Alpine White, Black Sapphire, Dravit Gray, Portimao Blue and Tanzanite Blue.

Inside, the 2021 BMW M3 will get, among others, black, orange/black or blue/black Merino leather combinations. The leather offerings are likely to be expanded.

The new G80 M3 and G82 M4 are the first of their kinds in many ways. For starters, they mark the first time that the M3 or M4 will be offered with two different drivetrain options. One such drivetrain option will be an xDrive all-wheel drive system, another first. They’ll also be some of the most polarizing cars in modern BMW history, due to their new grille design.

There will be two variants of both the BMW M3 and M4; a standard model and a Competition model, both of which will be the same from M3 to M4. While both cars will sport the brand’s S58 3.0 liter twin-turbocharged I6 engine, power levels and options will vary.

As for the standard cars, they will sport 353 kW/480 hp with a six-speed manual transmission as-standard and rear-wheel drive. The maximum torque is rated at 600 Nm (442 lb-ft).

If you jump up to the Competition-spec models, you get 375 kW/510 hp and an eight-speed automatic. However, where the Competition model gets interesting is that it will also be rear-wheel drive as-standard and all-wheel drive will be available sometime after market launch.

First models will be delivered to the customers in early 2021, followed later in the year by the Competition models.