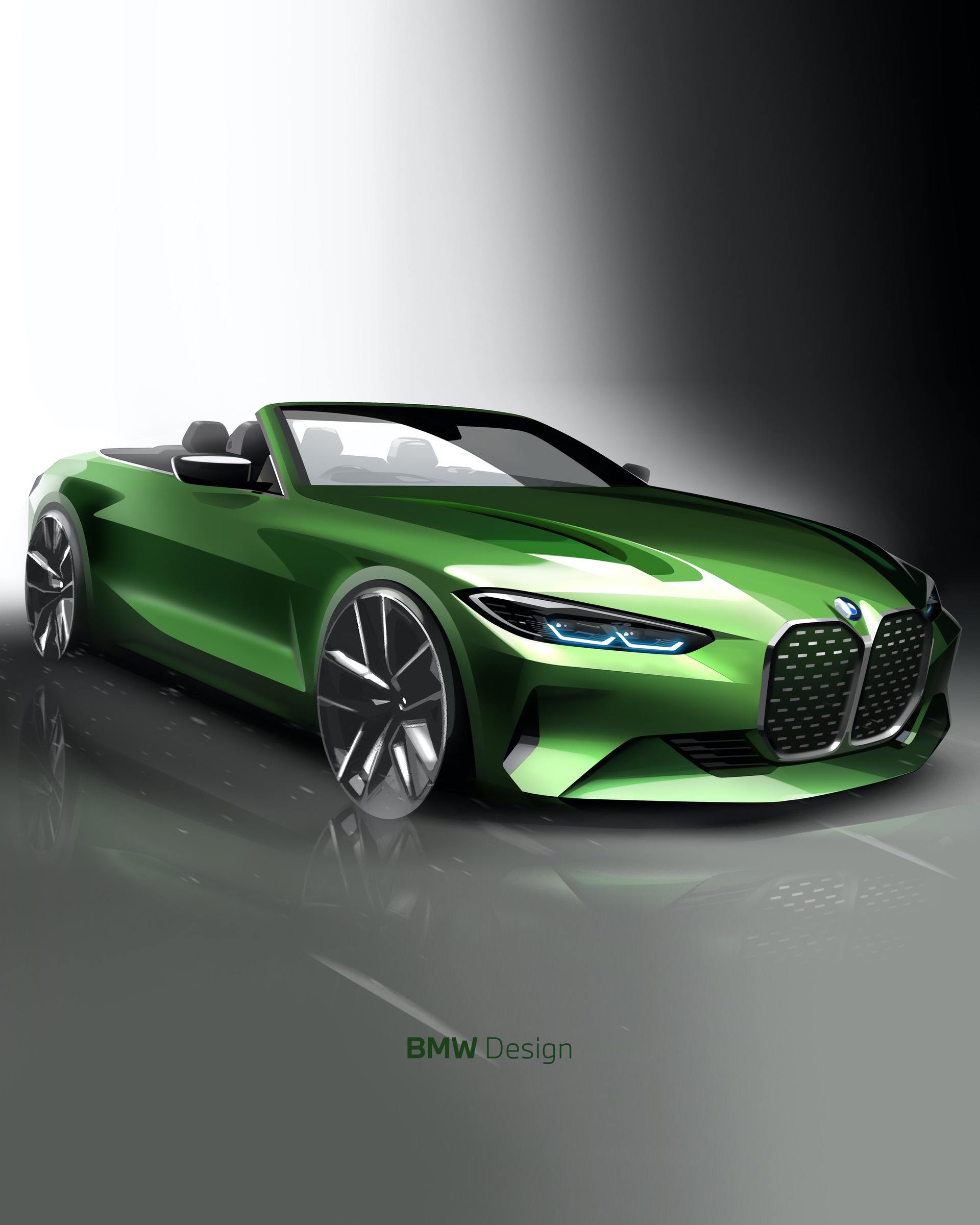 Oddly enough, the BMW 4 Series Convertible was the first new 4 Series variant we saw in spy photos. Typically, the convertible versions of BMWs are the last ones we see but it was the drop-top that BMW trotted out for testing first. In the winter, too, which was a bit odd to see. Now, though, the new 4 Series Coupe has already had its official reveal but the Convertible still remains camouflaged, such as in these new spy photos. (We don’t own them but check them here)

In these new photos, we see the upcoming 4er ‘Vert almost entirely un-camouflaged. Which makes, considering the fact that the Coupe has already been officially revealed. Its face is still, well, its face. That new BMW 4 Series grille, love it or hate it, is making its way through the rest of the lineup, obviously, and it’s as polarizing as ever.

However, our main focus isn’t on its Nosferatu caricature of a grille. Instead, we want to focus on its shape and convertible top. For starters, the top is now a soft-top, rather than the folding metal hard-top of the previous-generation 4 Series. That we already knew but it’s worth mentioning again because it’s going to make a big difference to this new generation of car. Firstly, the soft-top is going to drop a healthy amount of weight, versus the old folding metal roof. Not only does it drop weight but it lowers the center of gravity, as that old weight was always up high. It also reduces complexity, theoretically increasing reliability.

Additionally, there’s a classier vibe that comes from a soft-top roof. Folding hard-tops are nice because they insulate the cabin a bit better when they’re up but they never, ever look right. A folding hard-top convertible with the roof up looks like a coupe that was drawn in the dark. The lines just don’t see to line up properly. It’s why you don’t see folding metal roofs on Bentleys, Aston Martins, or Rolls-Royces. They just look… off.

We’re also very curious to learn just how rigid this new 4 Series Convertible is. BMW has done an outstanding job with its two most recent convertibles, in terms of structural rigidity. Both the 8 Series and Z4 feel as solid as a granite bank vault, even with the roof down. The Z4, especially, which is possibly the tightest non-carbon-tubbed convertible I’ve ever driven. The new 4 Series is going to be based on a chassis similar to the 8 Series, as they’re both on a shared, scalable architecture, so it should be quite stiff.

Which is good because the last 4 Series Convertible felt like it was made from particle board with the top down. My last experience with that car was in an M4 Convertible and I thought the rearview mirror was going to rattle off over every bump. Not very premium.

This new car looks good, though. Grille aside, if you look at it in profile, the entire body shape works well with the convertible top. I’ve excited to see what it looks like, sans roof, without any camouflage. That should be a handsome car. From every angle but the front, obviously.