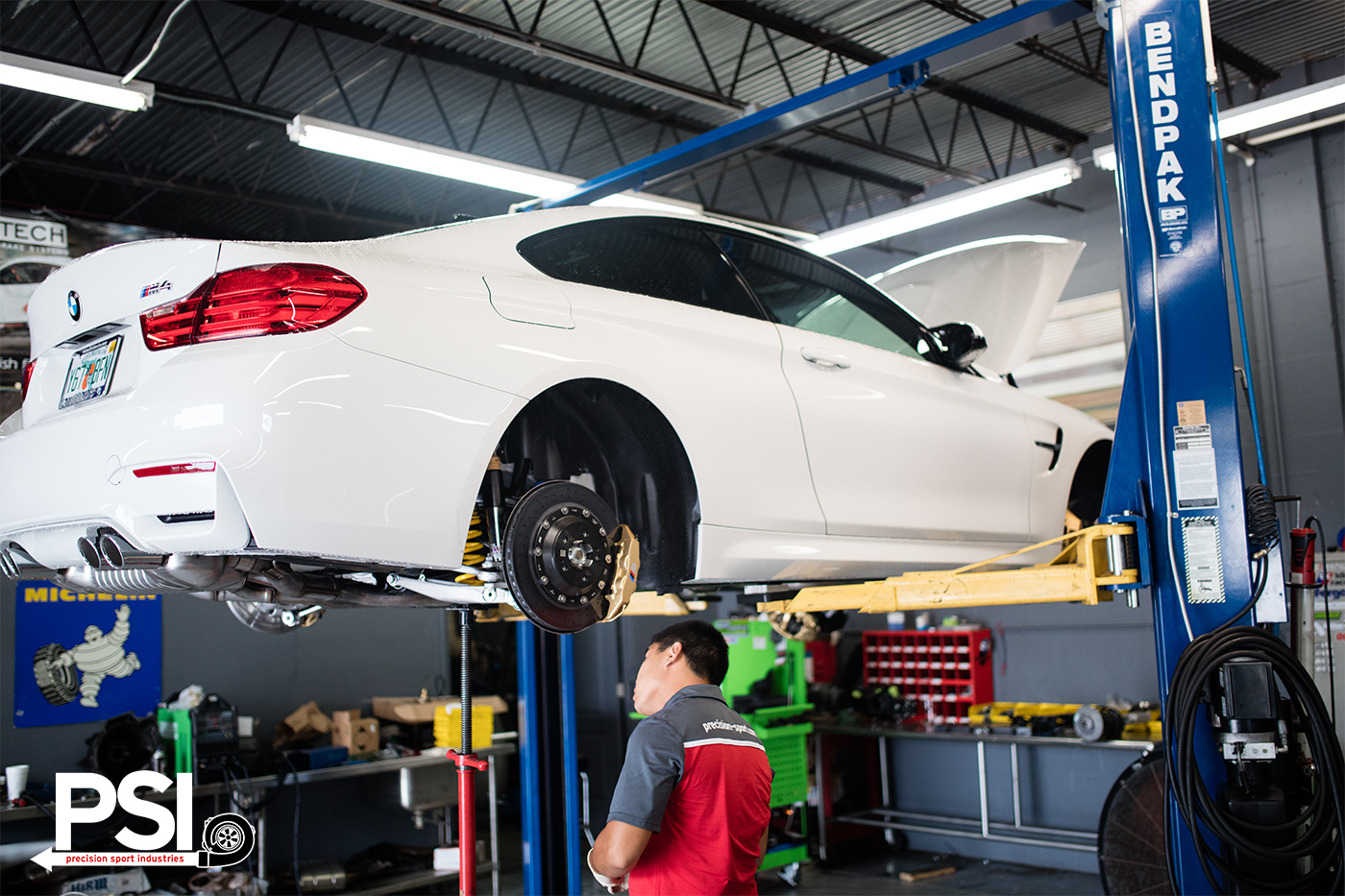 When it comes to BMW car maintenance, there are so many variables; the reliability of a car, which sorts of parts typically go bad, where you source your parts and who does the labor all come into play. For instance, some BMWs are more reliable than others, though newer models tend to have a bit more uniformity, due to shared platforms, electronics and parts. However, as muddy as those waters can get, there are ways to sift through it all and get some data on which cars are reliable and which cars aren’t. So let’s dig in. 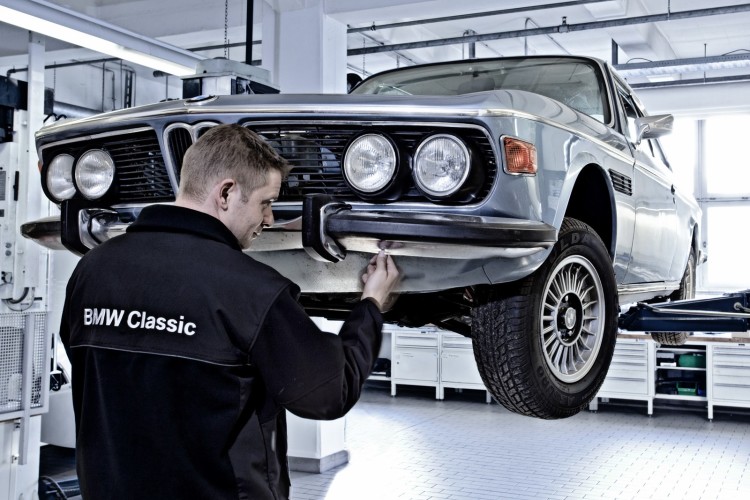 How to Learn About a Car’s Reliability

Sometimes sites like J.D. Power can be helpful, providing awards to certain brands based on real-world verified owners. While this info isn’t always one hundred percent accurate, and can change year-to-year, it is helpful to see wide ranging reviews of certain cars and try and find common problems.

For instance, BMW was awarded six reliability awards from J.D. Power in 2019, mostly for the BMW X4 and X3. However, it received none in 2020.

Another great way to find out if BMWs are actually reliable is to head to forums. Back when I had my E36, I learned everything I now know about that car from forums. Every time something went wrong, felt off, sounded weird or just didn’t feel quite right, I scoured forums for answers and, believe me, I did that a lot.

Read Also: BMW Extended Warranty – What Are My Options?

Searching through forums can also be a bit of a downer, though. No one goes on forums to talk about how reliable their car is. It’s mostly people asking about how to fix what went wrong with their car and others offering advice from similar experiences. So forums can often make cars seem less reliable than they actually are. Still, they offer hyper-specific examples of reliability, or lack thereof, which can be extremely helpful.

Also, you can just read blogs. There are several blogs, like ours, that discuss the reliability and dependability of certain cars. Some obviously go more in depth than others but there are always people willing to write about cars’ reliability.

How to Source Parts

One of the main reasons why some people find BMWs, along with other German brands, is that they buy factory-branded replacement parts. Obviously, buying the best brand part you can afford is what you want to do but buying factory BMW replacement parts is usually a poor financial decision.

There are countless YouTubers that complain about the expense of maintaining a 20-year-old German luxury car that used to cost as much as a house when new, yet they’re buying all of their parts through a mechanic (who’s going to add a profitable markup) and buying original BMW parts.

Of course it’s going to be expensive, that’s one of the biggest ways premium brands make their money.

Sourcing your own parts by cross-referencing part numbers, scouring the Internet for reputable aftermarket brands and just doing your research on which brands are best to buy can save you thousands, depending on the job. Plus, many aftermarket parts are better than their stock parts. 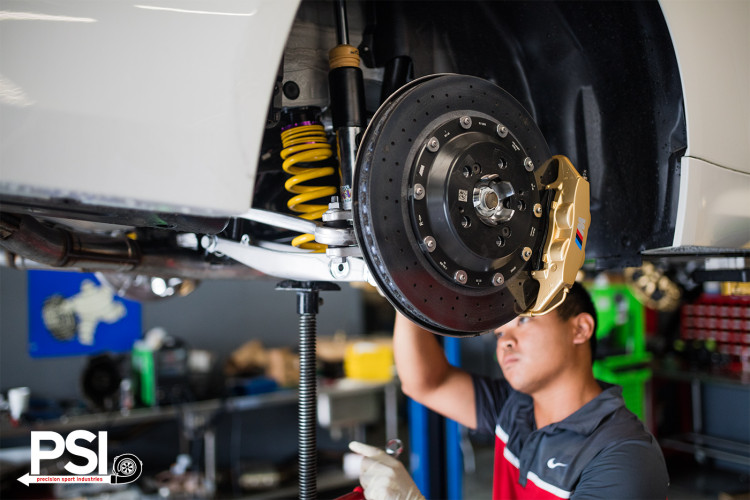 Let’s look at shocks, for example. If your BMW shocks are worn, as most shocks typically only last between 80,000-100,000 miles, there are several aftermarket brands that are cheaper, yet actually perform better, such as Bilstein and Koni.

Just a quick search shows me that the front shocks for a BMW E92 335i Coupe cost about $350 a piece from ECS Tuning. Bilstein P6 performance shocks for the same car, on the same site, cost $251 and the standard Bilstein Touring shocks cost $102 a piece.

For Koni STR.T shocks, you can get all four for $424. That’s not even $100 more than a single front shock from BMW, yet it comes with all four. Having dabbled in several suspension upgrades and both of those brands, I’ve always felt an improvement with them, despite them being significantly cheaper.

It’s not just with suspension, either. Finding reputable aftermarket brands will not only save you money but, often times, will improve you car.

Repair Shop Or Doing It Yourself?

This one is a bit tricky. Not everyone can wrench on cars themselves. Some people also don’t have the time, due to busy work schedules or family obligations. I myself have a new suspension set in my garage, which has been sitting in boxes for months, as I simply haven’t had the time to get to it. In those circumstances, most people take their car to a mechanic for repairs.

There’s nothing wrong with going to a mechanic but it’s going to be more expensive. Especially if you take the car to a dealer. Though, outside of that, most mechanics, even specialists, charge a relatively similar hourly rate, which usually varies by state or location.

What to do if your BMW Car Warranty has expired

For instance, in my home state of New Jersey, almost every mechanic I’ve been to that works on BMWs, even specialists, have charged between $90 and $110 per hour of labor.

Labor is expensive but it’s understandable. What often kills you is the fact that mechanics are also selling you parts. They charge a bit of a markup on those already expensive parts, so it’s always going to be far more money to buy parts through a mechanic than on your own.

Though, not all mechanics will work on your car without also supplying the parts and, if they do, they don’t take responsibility if the parts you supply them go bad, which is fair.

The cheapest way to maintain your BMW is to work on it yourself, with parts you source on your own. You don’t pay any labor cost at all, unless you count time as a labor cost, and you’re getting the most affordable good parts you can find.

Which BMW Do You Have?

Here’s the real kicker. If you have an old BMW that was common in its day, such as an E30 3 Series for example, then the cost of maintenance is going to be relatively low. It’s not a complicated car, so there aren’t a ton of electronics or specialty parts, it was a commonly sold car so replacement parts are plentiful and it’s quite easy to work on, so labor isn’t too expensive.

However, if you have a brand-new BMW 7 Series, then it’s going to be far more expensive, obviously, as its parts are more high-tech and expensive, its far more complex so there’s more to go wrong and you really have to trust more expensive specialists to work on it.

So when pundits and YouTubers make blanket statements about any brand being too expensive to maintain, they’re really just serving you clickbait.

Of course, some BMWs are very expensive to maintain, due to being both unreliable and hard to work on, such as the E65 BMW 7 Series, which is an absolute nightmare. However, others are relatively easy and inexpensive to maintain if done properly, such as an E46 BMW 3 Series or an E39 BMW 5 Series. 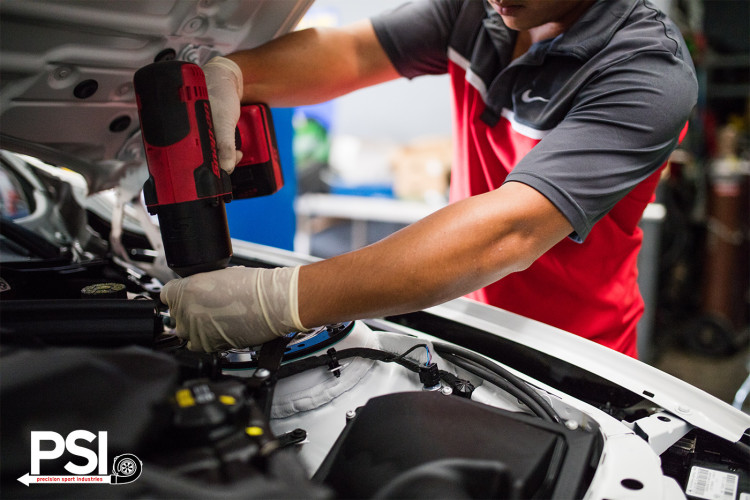 I’d love to give you some edgy blanket statement because it would be more entertaining. But the honest and boring answer is that it really depends. It depends on all the variables we already discussed.

Some BMWs are nightmares to maintain and will ruin your wallet before your time is through with them, while also adding quite a few gray hairs to your head. However, some are a dream, with little maintenance needed and inexpensive parts.

If there’s some sort of blanket statement I can make, it’s that older BMWs tend to be a bit easier on both your wallet and your mind. Cars from the ’80s and ’90s are from an era of BMW when its cars were so hilariously over-built that they didn’t go wrong often.

Also, their parts are easy to find and relatively inexpensive. The newer BMWs get, they tend to go up in maintenance costs. But even those statements aren’t one hundred percent true across the board.

So while it would be fun to offer some clickbait and claim that BMWs are either absolute nightmares or absolute headaches, that’s not what we do here.

So are BMW’s expensive to maintain — it depends.