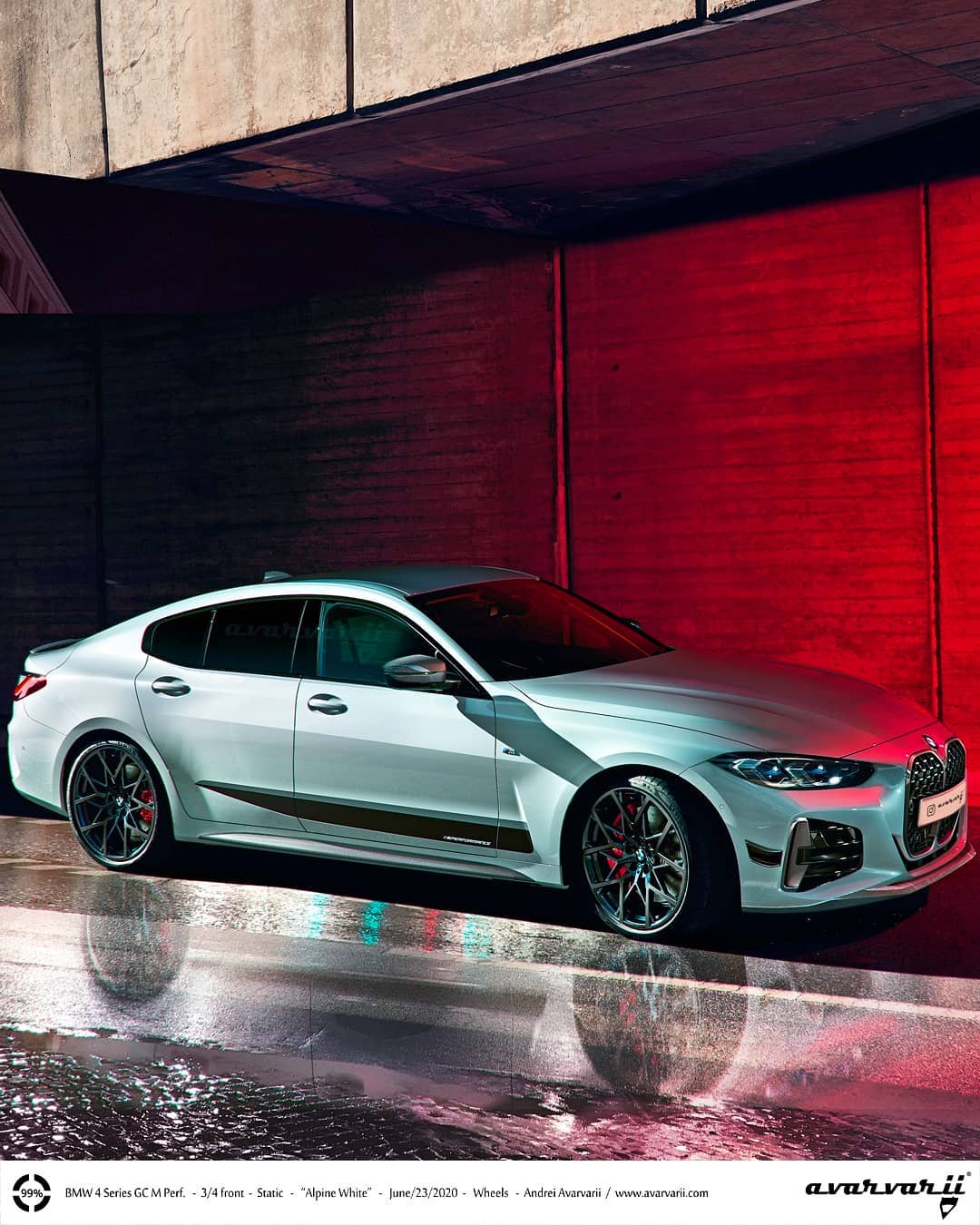 The new BMW 4 Series Coupe was unveiled last month, but the two-door sportscar is just one of the three variants to be offered on the new platform. The 4 Series Convertible will launch later this year, while the BMW 4 Series Gran Coupe comes to market in 2021.

The four-door coupe will also preview the first 4 Series electric car – the BMW i4 – which goes on sale in early 2022. The design will be quite similar, with the usual caveats.

Today, our friend and rendering artist Andrei Avarvarii is giving us an early look at what the 4 Series Gran Coupe design might look like. Using the 4 Series Coupe as the starting point, the Photoshop wizard is portraying an elegant four-door coupe, with the typical sleek roofline and dynamic lines. 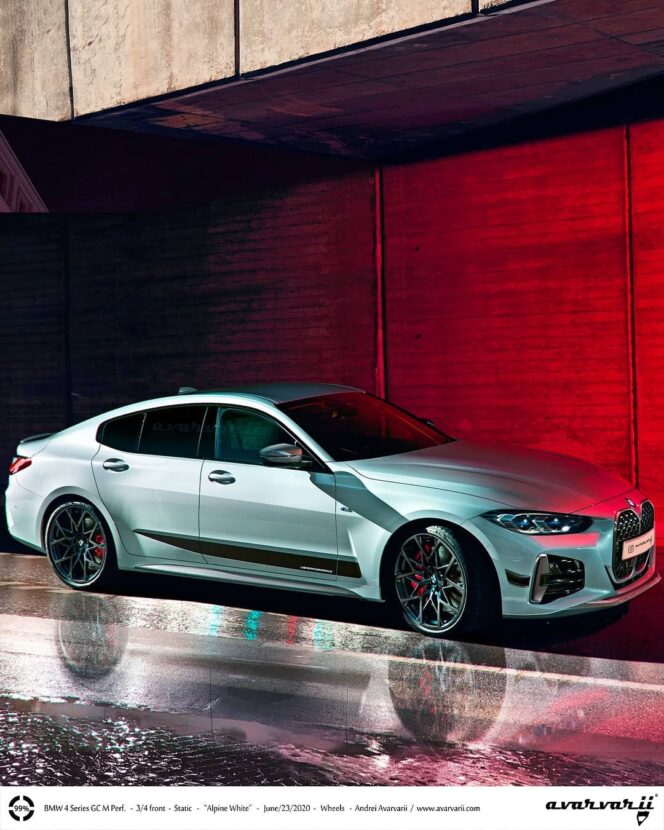 To spice up things even more, he decided to give the 4 Series Gran Coupe an M Performance treatment. Therefore, the car is now featuring the typical air curtains inserts, along with a carbon fiber front lip, M Performance wheels with red calipers and some black inserts on the doors.

Arguably, the 2021 BMW 4 Series Gran Coupe will be the looker of the new 4 Series family. Even the current generation Gran Coupe had a special appeal and it was one of the fans’ favorites. It will also be the more practical variant, with its large cargo space and increased space for rear passengers.

It’s also fair to assume that the car will be just as controversial as the two-door coupe, thanks to its imposing grille which dominates the front fascia of the new 4 Series.