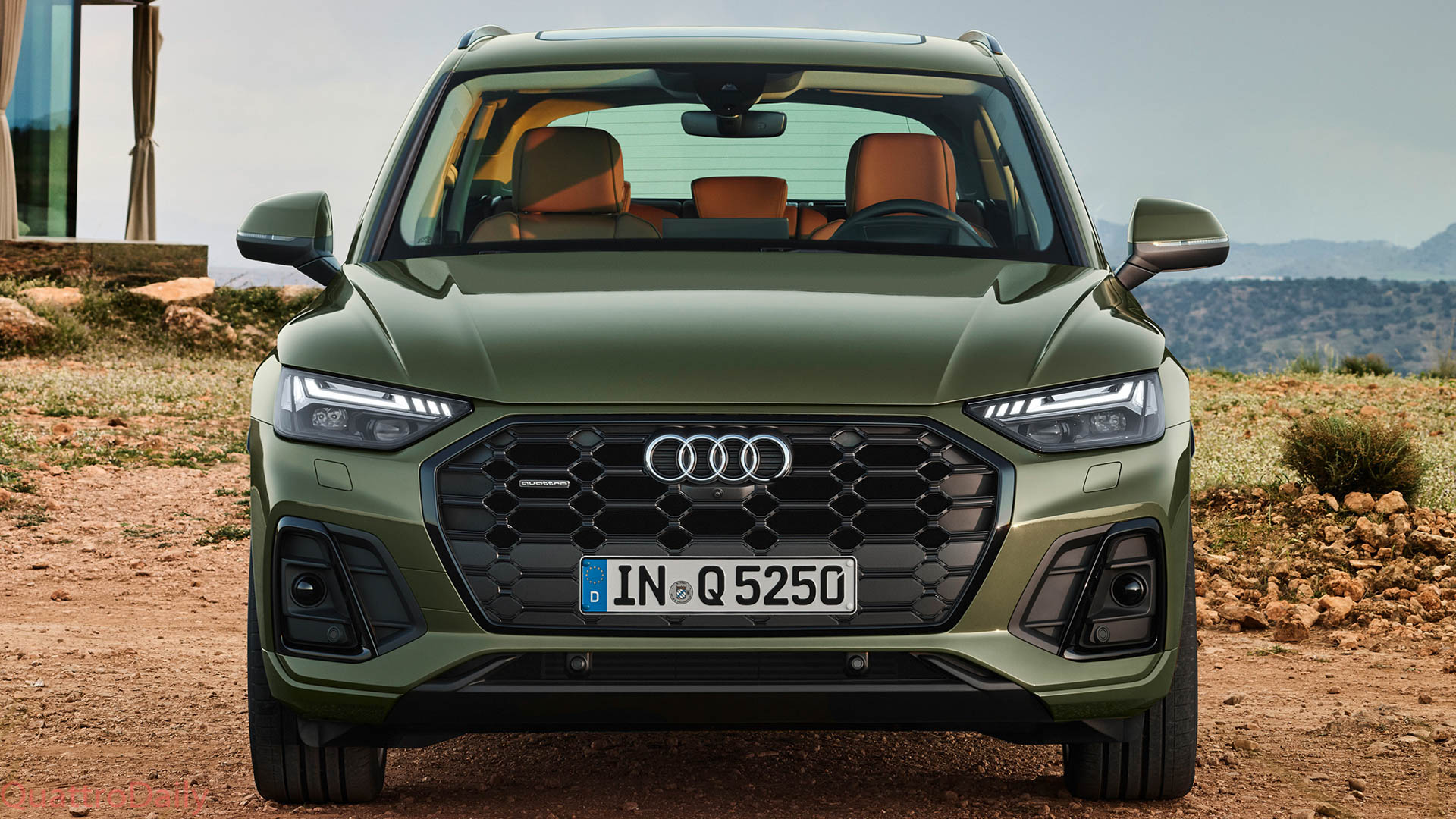 Now that the new Audi Q5 facelift is here, it’s time to take a look at how it stacks up against its competitors. While there are some very good looking cars in this segment, there are really only two cars that the Q5 needs to worry about and we’re going to compare it to one of them right now — the BMW X3.

This new generation of BMW X3 is one of the best SUVs Audi’s Bavarian neighbor has ever made. It looks good, has a good interior, provides tons of space and, most importantly, is excellent to drive. We’ve driven the current X3 and the pre-facelift Audi Q5 and, if we’re being honest, the Bimmer is the sweeter driving crossover of the two. However, in this segment of premium SUVs, looks and tech that are most important. So let’s see how these two get on now that the Q5 has been given a refresh.

Up front, the Audi Q5 facelift is more aggressive than the BMW X3. That is either good or bad, depending on what you want from an SUV. If you want something more subtle, the inoffensive BMW is likely the more attractive car. However, the new Q5’s sportier grille, sharper headlights and sportier “vents” (they’re fake, that’s what the quotes are for), do make it a bit more interesting. Personally, I think the X3’s face is more my style but I understand choosing the Audi Q5.

In profile, I think the Audi Q5 takes it. Despite the Bimmer being the rear-drive-biased car of the two, as the Audi Q5 is front-wheel drive-based, it’s the latter that seems more rear-driven in its styling. The rear wheels are more accentuated by its sharp shoulder line and its rear wheel arches flare out more than on the Bimmer. It also just looks a bit lower, with less upright looking glass and a seemingly shorter roof-line. So it’s the more athletic looking car, even though the X3 is the more athletic car on the road.

Out back, the Audi Q5 is the sharper looking car, and gets new customizable OLED taillights, which are ultra-slick, but it has fake exhausts, so it’s automatically worse.

Inside, it’s a bit more interesting. They’re both good looking cabins, in different ways. The Audi Q5’s is more minimalist, more modern and more tech-focused. While the BMW X3 seems more driver-focused on the inside and also a bit more durable. Personally, I’d rather sit in the Q5 but I understand any customer that wants an X3 instead.

In the end, I think it’s the Audi Q5 that’s the better looking car overall. It’s just a bit sportier and has a better looking interior. However, the BMW X3 is still a very handsome car and one I can see a lot of customers preferring. To drive, though, I’d take the X3. Hands down.