Home » The last BMW i8 built is a stunning one: Painted in Portimao Blue 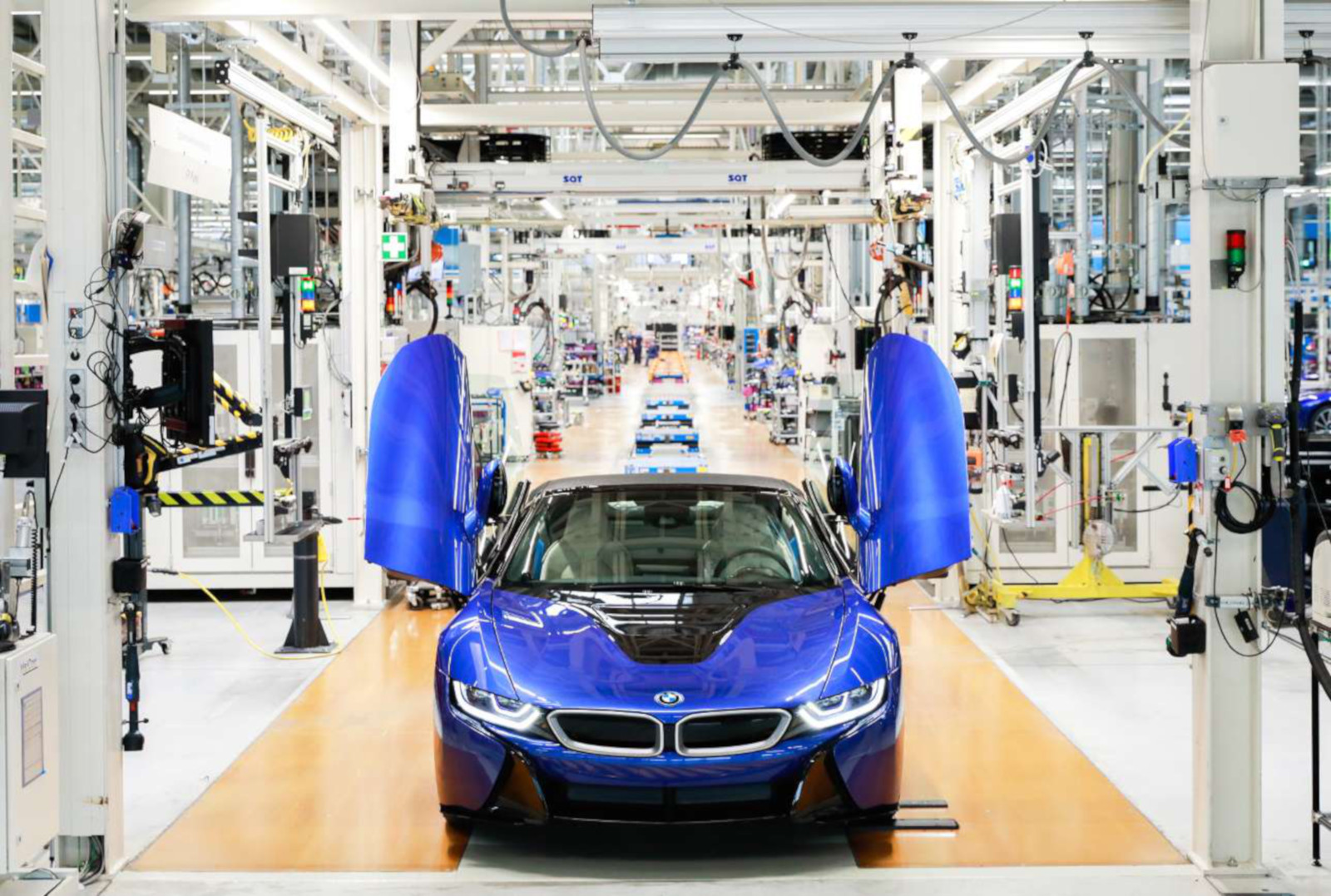 The BMW i8 production at the Leipzig plant ended this week with a special model. To give the beautiful i8 plug-in hybrid a proper send-off, BWM Individual stepped in and painted the i8 Roadster in Portimao Blue. Based on our limited knowledge of the world wide i8 production, we believe this is the first and only i8 in the stunning blue shade.

BMW i8’s end of production was actually planned for April, but was postponed for several weeks due to the COVID-19 forced closure of the plant.

Since the start of production in 2014, a total of exactly 20,500 units of the plug-in hybrid sportscar have been built. As always, BMW had something special prepared for their customers so the last 18 units were manufactured according to the individual wishes of the members of the BMW i8 Club.

The BMW i8 was the first BMW Group plug-in hybrid to pave the way for the company’s current market leadership role in premium vehicles with electrified drives. Together with the i3, which was also built exclusively in Leipzig, the i8 founded the BMW i sub-brand, which has been one of the company’s innovation drivers in recent years.

Particularly sporty models, such as the M3 and M4, but also luxurious vehicles such as the 7 and 8 Series, benefited from the extensive experience with the high-tech carbon fiber materials.

The BMW i8 was always viewed as a technological marvel with its carbon fiber passenger cell, a three-cylinder engine in the rear, the ability to drive purely electrically, and features such as the world’s first laser light headlights to be offered in a production car.

At a time, when most people associated the topic of hybrid cars with vehicles like the Toyota Prius, the BMW i8 was a fresh breath of air and even six years later, it’s still as stunning as the first day we laid eyes on.

Hans-Peter Kemser (Head of BMW Plant Leipzig): “The BMW i8 is a unique vehicle that was manufactured by unique employees. The experience gained here at the Leipzig plant ensures that the BMW Group has lightweight construction expertise that is unique in the automotive industry.

The BMW i8 is an integral part of Leipzig. The i8 is a brand ambassador for the BMW Group and for our plant. For the last six years. And also in the future.”