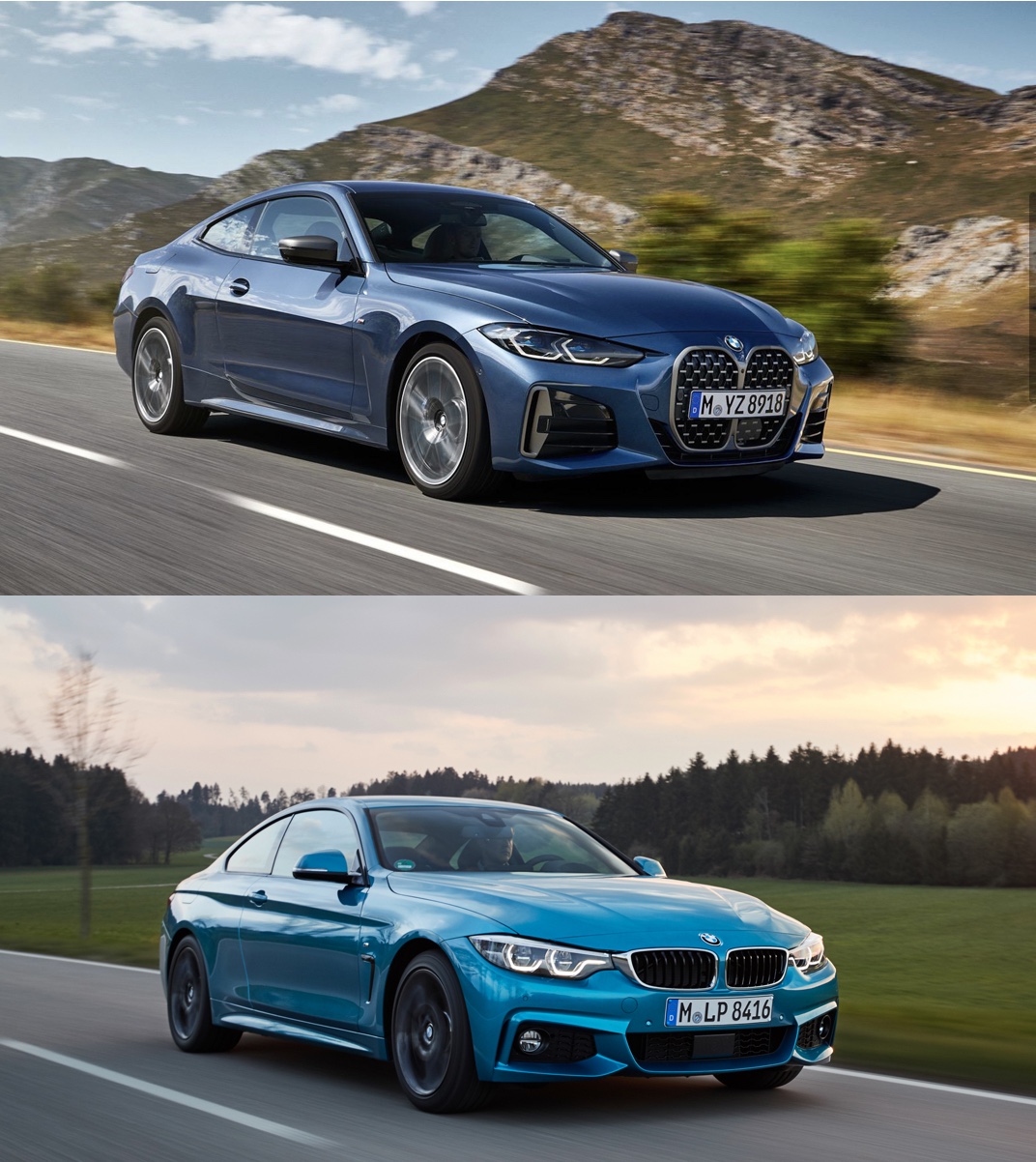 If you don’t consider the BMW 4 Series part of the 3 Series Coupe family (which is debatable, as it’s really just a 3er Coupe but BMW tries to differentiate them), then there’s only one generation of the even-numbered coupe. The first and only generation of 4 Series was a good looking car but it doesn’t have a lineage that needs to be followed, so BMW designers had the opportunity to take some risks with this new second-gen 4 Series. Boy, did they take risks.

This new generation of 4 Series, dubbed “G22″, is one of the most radical BMW designs we’ve ever seen. When the X7 first debuted, it was shocking. This, however, makes the X7 look downright subdued. However, there’s a lot more to the new 4 Series’ design than just its grille. So let’s compare how its design has evolved from its previous generation.

Let’s of course start with the grille. I remember when the old F32-generation 4 Series first debuted. I personally felt as if the headlights were a bit too swoopy and I didn’t like the little arms that connected them to the kidney grilles. I know realize how slight those worries were, now that I’ve seen the new G22 4 Series. The newer car’s massive grille is shocking and will take a lot longer to get used to than the F32’s funky headlights.

However, there are some aspects of the new car that actually look a bit better. For instance, the headlights on the new G22 4 Series look great, with a deep set look and a sharp, modern design. It’s a shame so many enthusiasts will overlook them because of the enormous grille but BMW really did a great job designing the new 4er’s lamps. Also, the rest of the new G82 actually looks sportier and more aggressive than the outgoing car, which can look better, depending on your preference.

In profile, the old F32 is still such a good looking car. However, it’s the new G22 that has it beat. While they’re very similar in their silhouettes, the G22’s lovely shoulder line and sculpted rear wheel arches make it a beautiful looking coupe. Again, it’s a shame the grille will steal so much attention away from the rest of the car because it’s a beautifully penned coupe.

Out back, it’s probably a bit of a tough call. Both cars still look good from behind and, from the comments I’ve read from enthusiasts, there are a lot of fans split on the two cars. Personally, I like the butt of the new 4 Series, as its headlights look sleeker and more modern but I can understand the argument against it. So it’s a tough call.

Inside, there’s no question — the new G22 is the better looking car. It sports the same interior, for the most part, as the G20 3 Series’, which is leaps and bounds ahead of the outgoing 3 and 4 Series’. So while the old 4er still looks okay, it has nothing on the new car in terms of design, material quality, technology and ergonomics. In fact, I drove an F31 3 Series Touring not too long ago and it felt positively ancient compared with the newer 3 Series inside. So the new G22 sports the better cabin.

All in, the new G22 4 Series is probably the better looking car. I know that might sound like heresy, as its grille has about the same square footage as the deck of an aircraft carrier, but the rest of the car has improved so much over the previous generation that it’s tough to knock it for just one aspect of its design. Plus, I think we’re all going to get used to the new grille, sooner or later, and it won’t feel as shocking anymore.