When the BMW 8 Series first made its debut, there was a bit of debate about which sort of cars it would compete with. Its price range put it in line with cars like the Porsche 911 and Mercedes-AMG GT. However its 2+2 configuration and luxurious nature put it more in line with cars like the Lexus LC500 and Mercedes-Benz S-Class Coupe. However, there’s really one car that the 8 Series should have competed with all along but it was already so old and, honestly, irrelevant, by the time the 8er debuted that it wasn’t considered much — the Mercedes-Benz SL-Class. Now, though, there’s a new one coming and it should be a great match-up.

According to this new article from Autocar, the next-generation Mercedes-Benz SL-Class is not only on its way but is said to be a return to form for the iconic nameplate. Historically, the ‘SL’ name stood for “Super-Leicht”, or “Super Light”, and it was designed to be a lightweight sporty coupe/roadster. The original SL, the 300 Gullwing, was an incredibly iconic car and is still one of the most beautiful machines ever made. Over the past decade or so, however, the SL-Class has become bloated, heavy, overly soft and lacking in the sporting department. 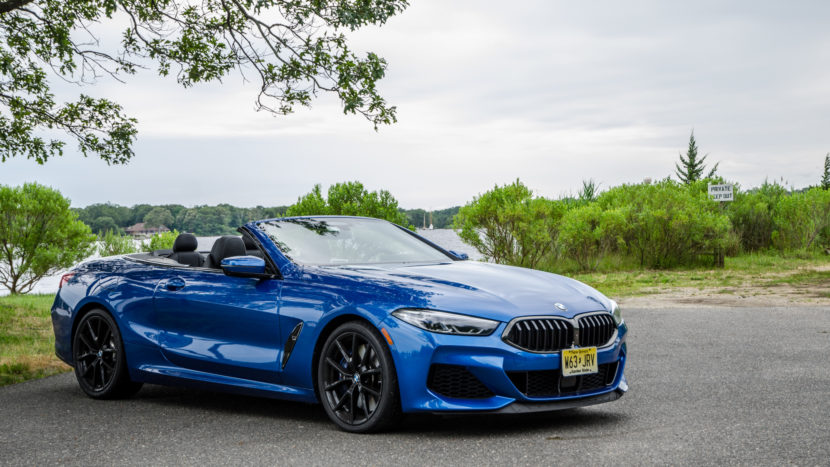 Most recently, the current SL-Class is so heavy and uninspiring to drive that even the most ardent of Mercedes-Benz fans were disappointed. So the folks in Stuttgart are keen to get the SL-Class back on track, which is exciting news for all car journalists. The world is a better place when there’s a good Mercedes-Benz SL-Class on sale and the BMW 8 Series will be better for it.

During an interview with Autocar, Daimler’s head of design Gorden Wagener spoke about getting the iconic nameplate back to its roots, all the way back to the Gullwing. “For me, the most beautiful SL is the original, the 300,” Wagener told Autocar. “And I think we’ve taken some of that DNA, starting with the proportions, the surface treatment, things like that. In that respect, the new SL is probably the closest to the first one ever.”

In a spy photo seen in the same article as the interview, we can see what looks like a very AMG GT-like front end, which makes sense considering that AMG has been helping with the project. Judging by its trunk lid and C-pillar, it also seems to be a hard-top convertible.

While the 8 Series has been compared to many other cars on the market, it’s really the SL-Class that’s supposed to be it’s main competitor. With the Mercedes-Benz SL-Class (hopefully) returning to form, the BMW 8 Series will finally have the proper competitor. That will only make the 8er better, as BMW might need to step its game up a notch if it wants to compete.