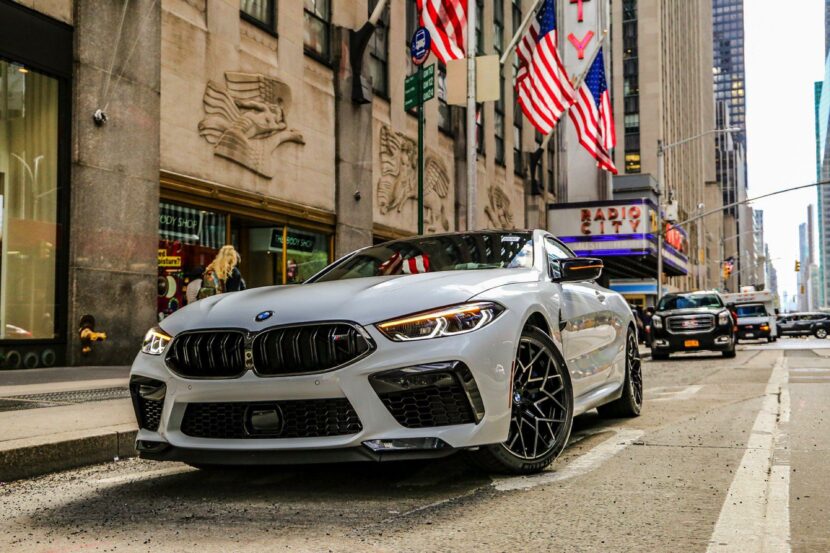 New photos from New York City show us the BMW M8 Competition Coupe in Alpine White which proves once again that it doesn’t have to be a color that screams for attention in order to have an impressive appearance. In this case, the BMW M8 Coupe looks at home in the sunny and fairly quiet NYC streets.

Furthermore, the BMW M8 Competition Coupe gets a contrasting look. The kidneys, the air control elements on the outer areas of the front apron, the gills of the front fenders, the exterior mirrors, the rear spoiler lip, the four tailpipe trims of the exhaust system and even the model lettering on the rear, are all presented in shiny black. 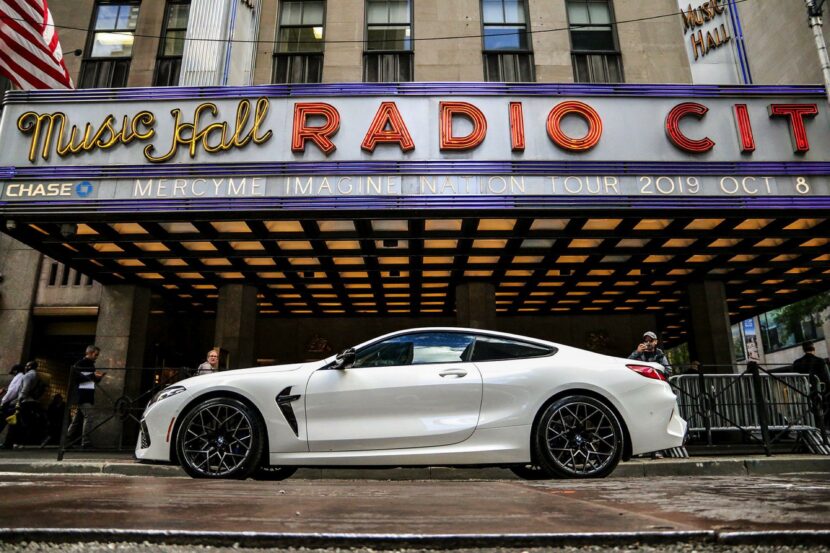 There are also dark elements such as the standard carbon roof and large parts of the 20-inch light-alloy wheels 813 M Bicolor style. In combination with the Alpine White paint, the result is a consistent black and white look that is only interrupted by the blue of the BMW logos and the three colors of the M logos.

The latest photos from BMW of Manhattan show how this combination works on the streets of New York. 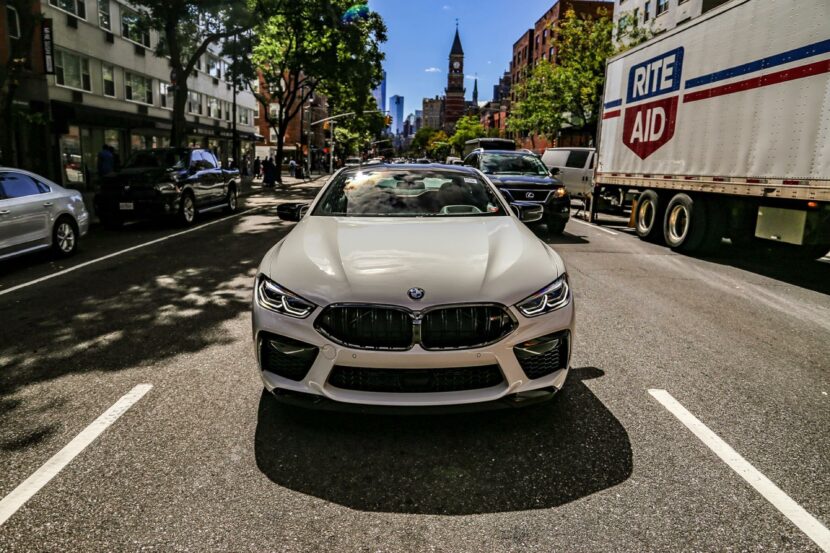 As the BMW M8 Competition is the brand’s flagship performance machine, it needs to have the biggest horsepower figure of them all and it does. The M8 Competition will use the same engine as the “standard” M8, but make 625 hp and the same 553 lb-ft of torque. That little bit of extra power is said to drop its 0-62 mph time by one tenth, doing it in 3.2 seconds.

A look into the interior shows that the BMW M8 Competition shown does not do without colors: the full-grain Merino leather in Sakhir Orange and Black brings bright color to everyday life and, together with the typical M8 elements, underlines the special character of the Vehicle. Matching the leather color, the M1 and M2 buttons on the steering wheel and the start / stop button on the center console are also in bright red.

After all, the driving performance is beyond any doubt, because the BMW M8 Competition is known to be the fastest production BMW of all time: thanks to its 625 hp V8 biturbo, the fast-switching eight-speed automatic and the traction of the fully variable M all-wheel drive xDrive can sprint from 0 to 100 in less than three seconds, and under optimal conditions there can even be a two in front of the decimal point.