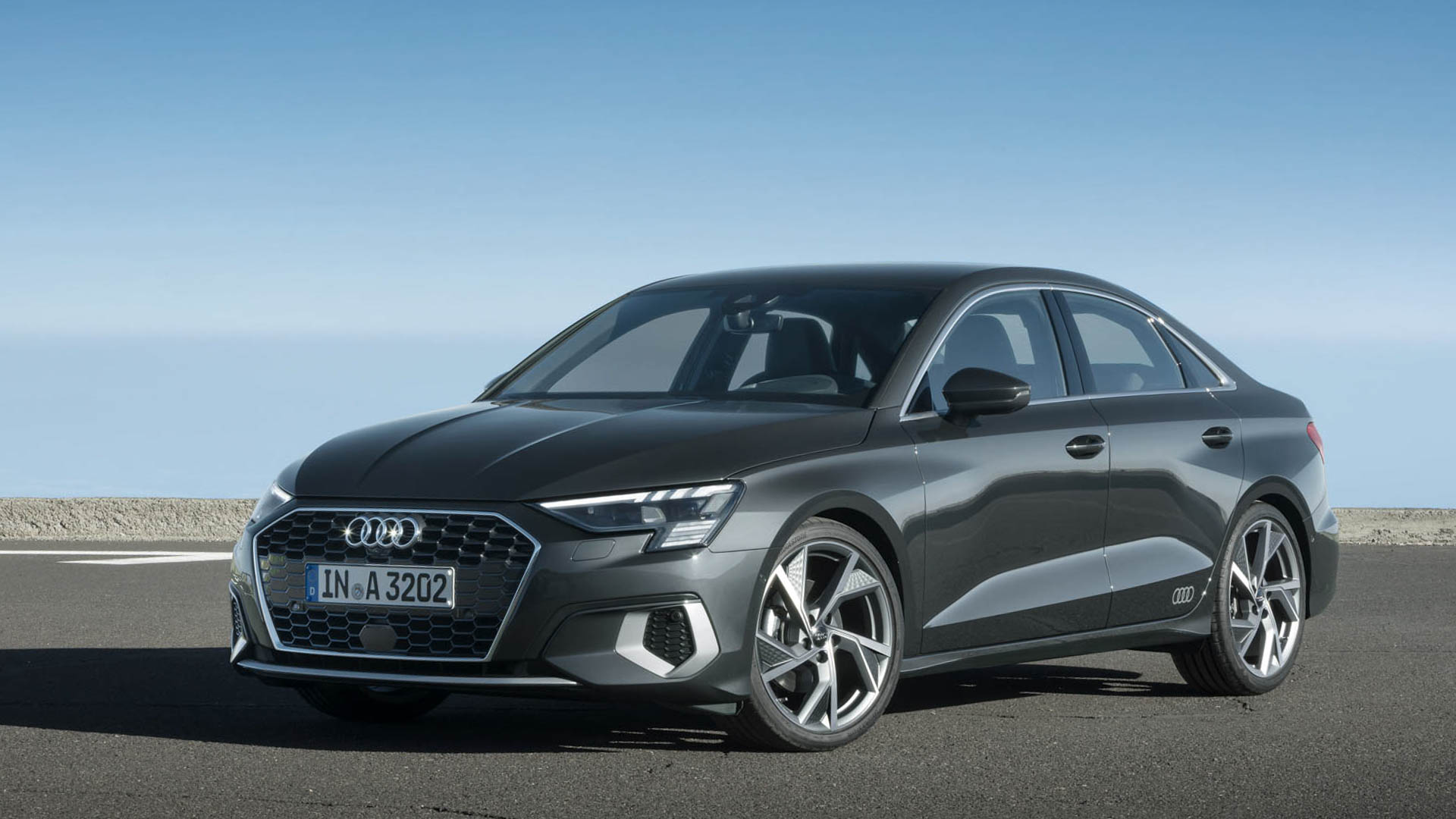 When BMW decided to create the 2 Series Gran Coupe, it had to know that it was entering in a new segment. Previously, the Bavarian brand lacked a small sedan to go along with cars like the Audi A3 and Mercedes-Benz CLA-Class (or A-Class). And when BMW did compete with its German rivals’ least expensive cars, it did so using rear-wheel drive-based coupes. Now, the Bavarians have to go toe-to-toe with the segments best cars and one them is all new, as of today — the Audi A3 Sedan.

Audi had already launched the A3 Sportback a few weeks back and we compared it to the 1 Series hatchback. Now, though, the A3 Sedan is here and it’s ready to take on the 2 Series Gran Coupe directly. What’s interesting is that both cars are very new. Sure, the 2er is a few months older but it’s only just come to the ‘States within the last couple of months. So we really haven’t gotten used to its design just yet.

With both cars still looking new, and the A3 unavailable to test in the US just yet, we can only compare their looks. So which of these two front-wheel drive, premium sedans is better looking?

Let’s start with their faces. While the 2 Series Gran Coupe is a heavily mocked car for its design, its face is the least offensive aspect of it. It’s a bit vanilla but it’s not ugly. Its kidney grilles are fine, its headlights are fine and it looks sporty enough. There’s really nothing wrong with it but it’s not especially interesting. Turn your attention to the Audi A3 Sedan and it almost wants to eat your face. Its grille is large and angular, its headlights are very angry and it has big, aggressive front air intakes. The A3 isn’t necessarily a gorgeous car up front either but it’s more interesting and exciting than the 2er.

Looking at them in profile, things get a bit more interesting. The BMW 2 Series GC is a four-door “coupe”, thanks to its aggressively raked roofline. While the Audi A3 Sedan is a more traditional three-box sedan. Having said that, it’s the A3 that still looks sportier and, ultimately, better. Audi’s given it wider, blistered wheel arches, which create a sort of concave look in between them. That makes the A3 looks like its been on a fat-burning diet and all that remains is muscle. It’s very sporty, very aggressive and is much more exciting looking than the 2 Series.

Out back, things don’t get any better for the 2 Series. To be honest, the Bimmer isn’t a bad car until you look at its butt. For some reason, the ass end on the 2er GC is very tall and frumpy looking and its wide taillights don’t help. While the Audi A3 isn’t exactly beautiful out back, it’s relatively unoffensive and looks better than the 2er. However, the A3’s lack of real exhaust tips does knock a few points off.

Being that we haven’t yet sat inside the new Audi A3, in either Sedan or Sportback guise, we can’t comment on quality or comfort. However, we can comment on design and it’s the Audi that wins here again. It’s more interesting to look at, seems more modern and has more exciting technology. Having driven the 2 Series quite a bit, I can say that it’s very well made on the inside and feels more expensive than it is. I can’t say that about the A3 because I haven’t driven it. But, in terms of design, I think the Audi takes it.

All-in, it’s the Audi A3 that’s the better looking car. While I’m not as down on the 2 Series Gran Coupe as most BMW enthusiasts, it’s just not a good looking car and that’s the risk BMW willingly took when it decided to do something bold. Audi stuck to a more traditional look for its A3 and it’s worked, as it’s a very good looking little sedan.