When I first drove the BMW X7, there was one car that I immediately felt was in a bit of trouble — the BMW 7 Series. With both cars being roughly the same price, the X7 immediately felt like a better car for the money. However, the 7 Series has a bit higher of a luxury ceiling, in the form of the BMW M760i. So with that in mind, which car’s top-of-the-line model is better; the BMW X7 M50i or the BMW M760i?

This might sound like a bit of an odd test, as the M760i is more luxurious, has a bigger, more powerful engine and is a far more exclusive. So it must be better, right? Well, it also costs about $60,000 more than the X7 M50i. So if optioned correctly, you could have an X7 M50i and the next-gen M3 with a manual for the price of just one M760i. So is the big 7 Series worth the extra money? Autoblog found out in this new comparison. 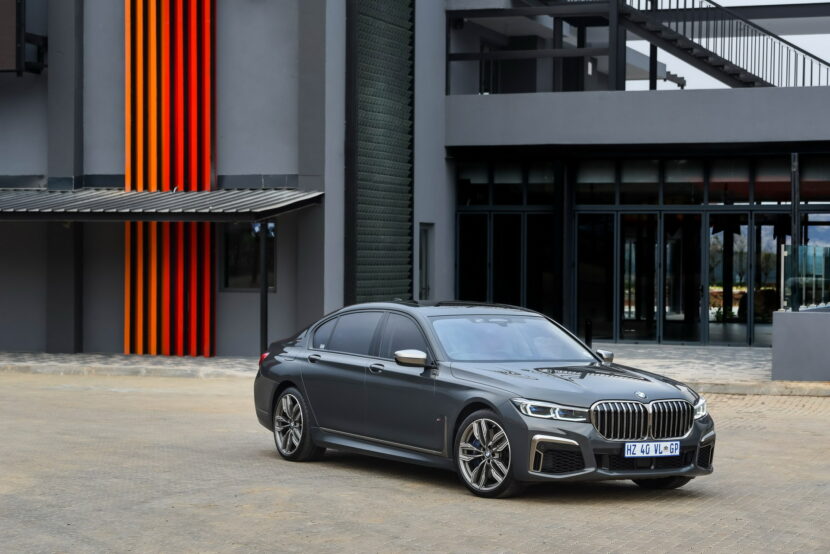 Under the hood of the M760i is a 6.6 liter twin-turbocharged V12 monster than makes 601 hp and 627 lb-ft of torque. It’s capable of rocketing the two-ton brute from 0-60 mph in just 3.6 seconds. In addition to its astonishing speed, it’s also absurdly luxurious inside. Its cabin is adorned with sumptuous leather, contrast stitching and a back seat fit for kings.

However, the BMW X7 M50i isn’t so bad, either. In fact, it’s also lovely on the inside and doesn’t lose anything in the way of quality. Sure, it lacks the Rolls-Royce-like back seat but it also has three more seats than the M760i. It’s also quite powerful in its own right. Powering the X7 M50i is a 4.4 liter twin-turbocharged V8 with 523 hp and 553 lb-ft of torque. According to BMW, 0-60 mph happens in 4.5 seconds. So it’s not as shockingly fast as the 7er but it’s no slouch.

According to Autoblog, the winner is the BMW X7 M50i and it’s hard to disagree. Sure, the BMW M760i has some wow-factor to it, thanks to its hulking V12 and insane rear seat. But the X7 M50i is almost as fast, just as luxurious on the inside and can carry far more people. So it’s worth saving the $60,000 or so and getting the big X7. It’s just more car for the money. Although, Autoblog does make a good point — just buy the ALPINA B7 over both of them.