VIDEO: Supercar Blondie takes us inside the BMW i4 Concept

Home » Interesting » VIDEO: Supercar Blondie takes us inside the BMW i4 Concept

Without question, the most important car in BMW’s pipeline is the upcoming i4. With its all-electric powertrain, Gran Coupe-styling and impressive specs, the BMW i4 will be the car that (in theory) launches the Bavarian brand into the future. To tease us, BMW released the i4 Concept, which is apparently about 85-percent production-ready. So as funky as the concept looks, expect a lot of it to translate to the road. Unfortunately, we didn’t get too much of a look at the i4 Concept, as its Geneva Motor Show debut was cancelled. Thankfully, though, Supercar Blondie has released this video, showing it off.

In this video, Supercar Blondie takes a deep dive into the BMW i4 Concept, to show us its exterior features, interior features and some of its Hans Zimmer-made interior noises. It’s a great video and one that gives us an up close and personal look into an incredibly rare concept car. 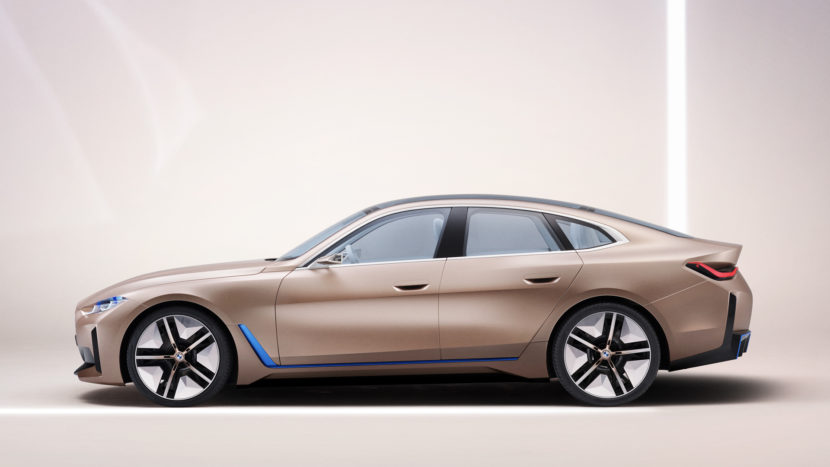 Personally, the coolest aspect of the car for me is its sound design. BMW understands that emotion is lost without an internal combustion engine providing it. So to give the BMW i4 Concept some more emotion, to make it feel more alive, Hans Zimmer was hired to create sound effects for the car. Zimmer is a man that needs no introduction, as he’s composed some of the most incredible movie scores of all time. His sound effects aren’t different. Press the starter button and you’re greeted with a lovely high-tech start-up sound. It’s far more personable that current electric cars that just turn on.

The interior is also incredible, featuring incredibly high-res screens and rich ambient lighting throughout. It’s an interior that we hope stays relatively similar in its transition to production. Though, we have a feeling that most of the 15-percent of the BMW i4 Concept that will change for road use is on the inside.

Still, this is a great video to watch, as it gives a closer look at the i4 Concept than we’ve ever had before.

11 responses to “VIDEO: Supercar Blondie takes us inside the BMW i4 Concept”