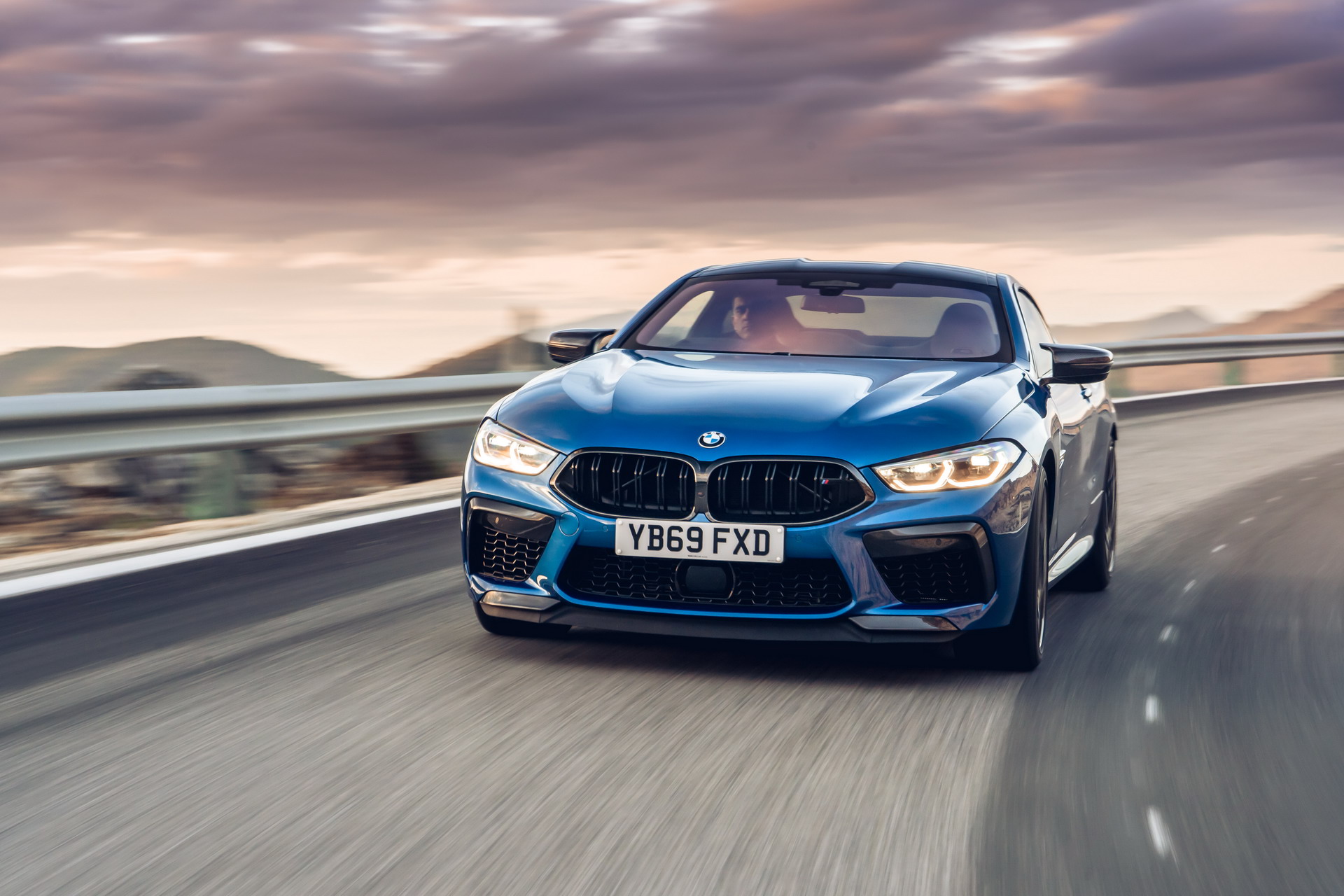 If there was ever an advertisement for the merits of BMW M’s all-wheel drive system, it’s this new video from Autocar. In it, we see the all-new BMW M8 Competition take on a tuned 825 hp Ford Mustang in the wet. During that test, they use the M8 in both all-wheel drive and rear-wheel drive modes, up against the rear-drive-only Mustang, to see how it compares.

First up, they test the cars out with the M8 Comp in its “4WD Sport” setting, which is the sportiest way to keep its all-wheel drive system on. With the systems engaged, even the mighty 825 hp Mustang — with over 100 hp more than the M8, — couldn’t keep up with the Bimmer. The M8’s tenacious traction was just too much for the Mustang. Each and every time the Ford was able to use its power to catch up, the BMW M8 would lose it again in a corner.

However, they then switched the BMW M8 Competition into rear-wheel drive, which also disables stability and traction control, and tried it again. While the M8 still stayed ahead of the Mustang, it was much harder work and, actually, the Bimmer seemed to have less traction in the wet. Even mild throttle applications made its back-end sideways through corners.

Which just goes to show that a rear-wheel drive M8 would have never been a good idea. It needs its all-wheel drive system. Though, it is awesome that it has the ability to be either.

In the end, the BMW M8 Competition was deemed the better car overall. If you could only own one car, it’d be the one both hosts choose. However, as a sports car, something just for fun, the bright orange, supercharged Mustang is the more exciting, more fun and more hilarious car to drive. So it’s the better second car but if you need just one car, the M8 is the choice.