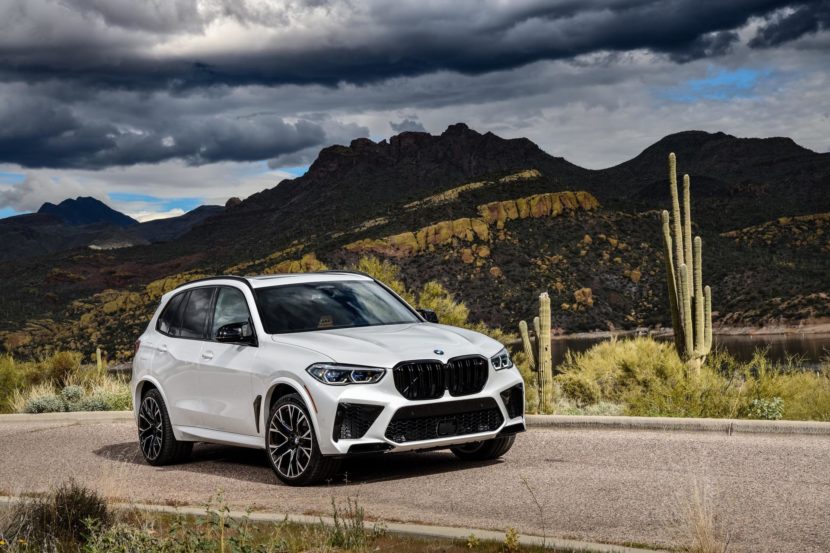 If I were to pick a monster SUV, it’d be the BMW X5 M Competition. There’s something so alluring about its square-jawed good looks and knowing the sort of brutal violence that’s hidden by its pragmatic body style. It’s not as flashy as the X6 M but that makes it more of a sleeper. And if it’s a sleeper look you’re going for, you can’t go wrong with Mineral White. 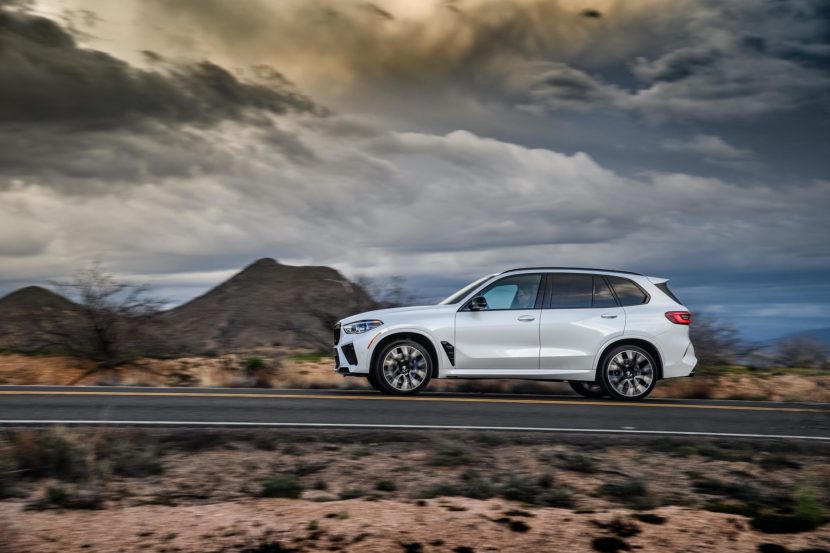 In this photo gallery, we get to take a look at BMW’s all-new monster SUV wearing that very white paint color and it looks great. White isn’t an exciting color but it does show off a car’s body lines well. Plus, because white is the absence of color, if a car looks good in white, it’s a well-designed car. The X5 looks good in white.

Making it look even better is contrasting black trim and aggressive body work. The black diffuser and quad exhausts don’t hurt, either. All of it combines to make a car that looks sporty but isn’t flashy. So in traffic, to the unsuspected driver, the X5 M Competition is just an ordinary white luxury SUV. What they don’t know is that, in reality, it’s a sleeping giant, just waiting to unleash all of its V8 fury. 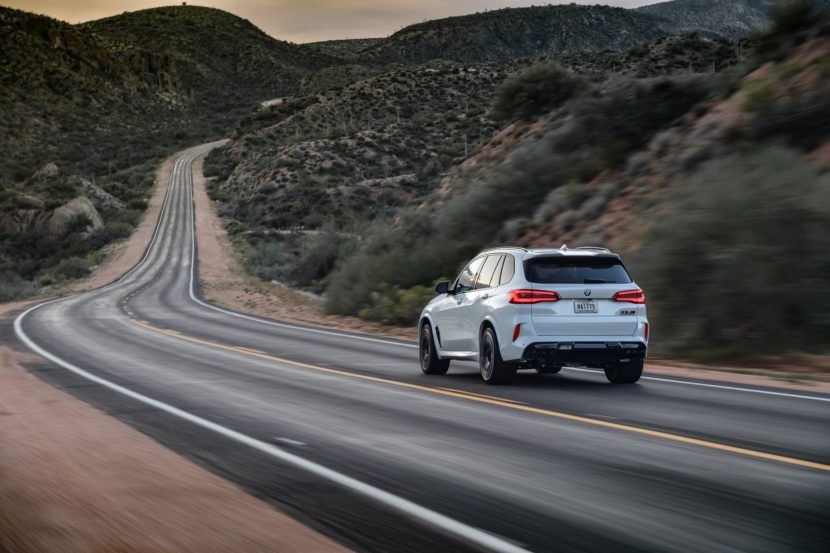 That fury comes from a 4.4 liter twin-turbo V8 with 617 hp and 553 lb-ft of torque. According to BMW, 0-60 mph happens in about 3.6 seconds, which is monstrous for an SUV and makes it one of the fastest SUVs ever made. It also sounds incredible, thanks to its killer V8 soundtrack (even if what you’re hearing on the inside is a bit fake).

Personally, I don’t much love SUVs but if I needed a big family hauler, I’d want it to be the BMW X5 M Competition and I’d want it in Mineral White.