As manufacturers rush to develop self-driving tech for the future, people anchored in the present day, looking at a new car to buy, are wondering what they should get. Modern-day cars can be equipped with a lot of safety features but considering how new the techology is and the plethora of complicated names they bare, it’s hard to tell which is best. That’s why it’s up to various safety institutes to decide as they can really test things out to see what works best and the BMW 3 Series has been declared the safest car in the UK.

The guys from What Car? in the UK joined forces with the Thatcham Research institute and set out to find out what new car meets the most criteria in the safety department. According to the magazine, in order to receive or even be considered for the What Car? Safety Award, a car had to meet certain standard. These include: a five-star Euro NCAP rating, crash avoidance systems as standard, driver assistance systems that reduce fatigue on long journeys, and an affordable purchase price that makes it potential high-volume seller. Considering the 3 Series is affordable by premium car-standards, it makes the cut. 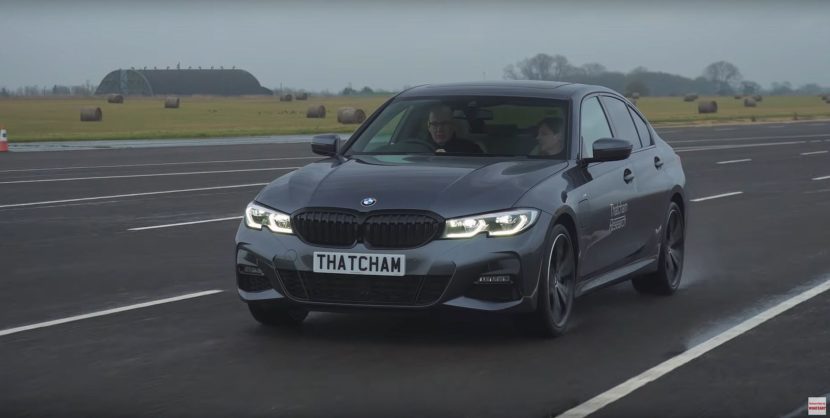 Thus a list was made up and researchers started testing. As you can see from the video below, the BMW 3 Series was the winner and it managed to beat cars like the Tesla Model 3 and Mercedes-Benz CLA in the process. The cars had to perform their best in a series of tests, including AEB (automated emergency braking) and lane keeping. The researchers tested the car against various scenarios, including avoiding a moving car, keeping the car in lane and pedestrian and cyclist protection.