The new year is bringing out some interesting drag races. The first one from the guys at Carwow includes a rather curious mix of cars. Lining up at the starting line are a BMW M340i xDrive, an Audi S4, a Volvo S60 and the Mercedes-AMG E53 Coupe. While the first three could be considered direct rivals (even though the Audi is in Avant guise), the Merc is supposed to be on par with the likes of the 5 Series and A6.

What makes things even more interesting is the mix of powertrains on display. We have a diesel engine going up against a hybrid and two petrol alternatives. The Audi S4 is now sold with a diesel 3-liter engine good for 347 HP and 700 Nm (516 lb-ft) of torque. That’s what Audi decided for the European market, where the S6 follows a similar recipe. I guess they took customer demand into account and decided a diesel engine would be a better choice. 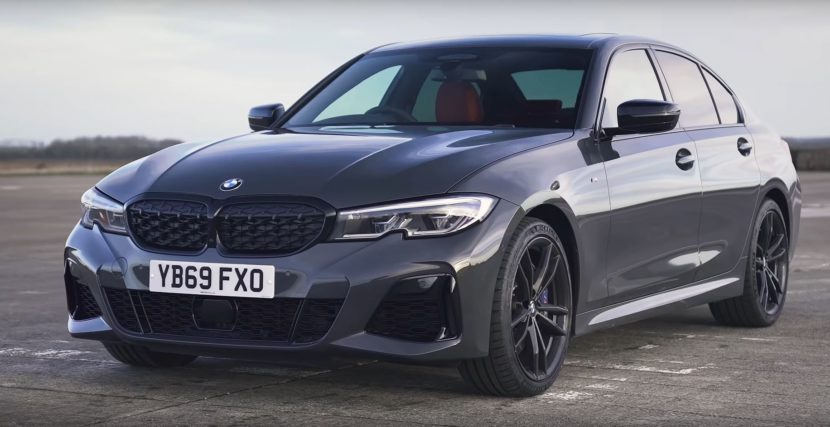 The BMW M340i xDrive has a 3-liter straight six engine under the hood, good for 374 HP and 500 Nm (369 lb-ft) of torque. It’s also all-wheel drive and comes with launch control, a feature that proved quite useful in the drag race. On the right side of the BMW was a Mercedes-AMG E53 which uses one of Mercedes’ new 3-liter straight six units that’s also a mild hybrid, having a small electric motor that chips in here and there. The total power output of the Merc is 435 HP and 520 Nm of torque, making it the most powerful car here.

Last but not least we have a hybrid. The Volvo S60 Polestar uses a 2-liter 4-cylinder turbocharged and supercharged engine combined with an electric motor good for 87 HP. Combined the two deliver 405 HP and 640 Nm (472 lb-ft) of torque. This should prove troublesome for the other cars, right? Well, not quite. Theoretically, the superior, instant torque of the Volvo should give it the edge but real-life results are not always what you expect them to be.