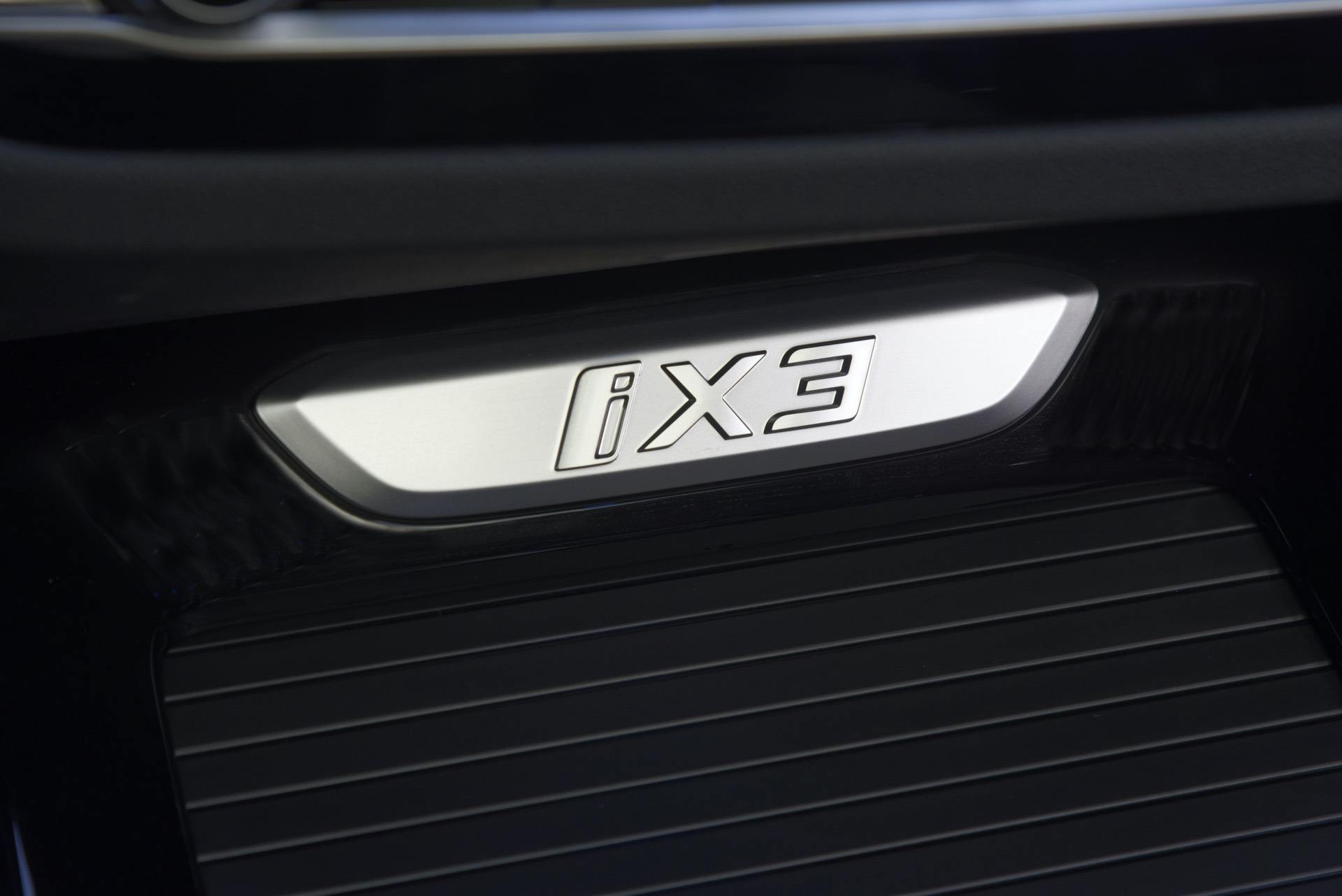 Earlier this week, the forthcoming 2020 BMW iX3 electric SAV has been captured while it was stopped for “refueling”. The new BMW iX3 will be the pioneer of the electrified wave of models. It will also be the very first all-electric model to use the fifth generation of the BMW eDrive technology. The high-voltage battery unit with typical prismatic design of the new BMW iX3 is an integral part of the 5th eDrive generation.

The new battery features an efficient, high-density architecture, which reduces the overall weight and increases storage capacity. The net energy content is calculated at 74 kWh (gross capacity 75 kWh), which is enough to ensure a range of over 440 km in WLTP cycle. The estimated energy consumption is very low at 20 kWh/100 km.

In traditional BMW driving style, the electric powertrain of the new iX3 exclusively puts the rear axle into motion, making the pure-electric SAV a true rear-driven Bimmer. The peak output of the electric motor reaches 210 kW/286 PS (282 hp) while also being able to deliver an outstanding maximum torque of 400 Nm.

For the start of sales, the new BMW iX3 will be available in a single version entitled sDrive75e. For the moment, there are no plans to offer a second, all-wheel-drive version, but who knows what the future holds. Most likely, in a few years, the iX3 lineup will be enhanced with the addition of a proper xDrive variant with more battery power.

Coming back to the latest spy photos, a 2020 BMW iX3 test prototype has been recently caught off-handed at an e-recharge station in Germany. The vehicle was lightly camouflaged, with the tape covering the front fascia, the front wings and the revised rear bumper.

As previously reported, the kidneys of the radiator grille will be separated and not connected like showcased on the Concept iX3. Actually, you can see under the camouflaged of the front fascia that the grille is split into two sections. However, it is expected the kidneys will be styled according to the BMW i design theme, which also involves some traces and accents finished in BMW i blue.

The interior of the 2020 BMW iX3 test prototype was adorned in a deep Vernasca Mocca leather upholstery. We also get to see that the electronic gear shifter is featuring a detail line colored in BMW i blue. The steering wheel is fully covered, but we can expect some minor styling changes here as well, like the BMW logo rounded by a blue circle.

During its stay at the recharge point, charging the battery up to 74 percent took roughly 26 minutes, which stands for an energy content of 36.9 kWh.

The new BMW iX3 will be officially premiered in 2020, with production starting of the sDrive75e version scheduled to start in July at the BMW Brilliance Automotive joint-venture facility in Shenyang, China.