The BMW E30 M3 achieved legendary status a while back. While I’m not sure whether the engineers in Munich were aware of how important their work would be for the years to come, I’m certain that they gave their best to create this iconic car. These days, prices for this piece of history are going through the roof, but only in pristine condition.

Thus, the one we’re about to show you today is not of that assortment. As a matter of fact, people looking for a BMW E30 M3 would probably scroll right past it if it was posted on a car sales website. However, for those looking to actually have fun behind the wheel, it would probably be an interesting choice. That’s because this little bundle of joy has no less than 1,300 HP under the hood. 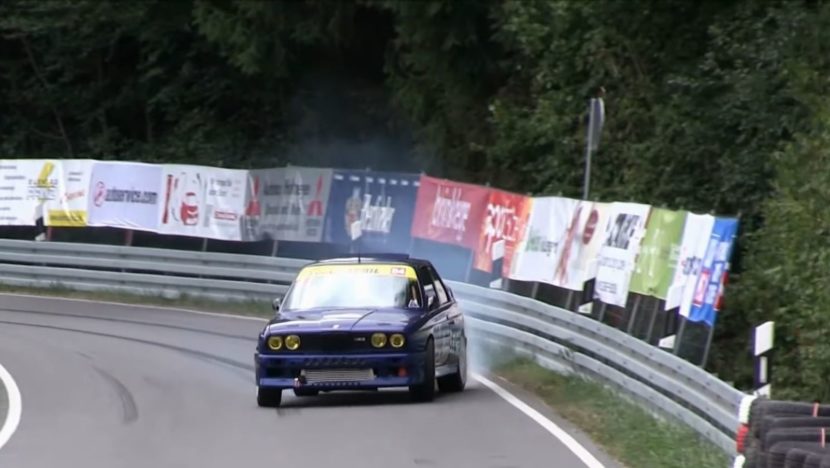 That’s courtesy of a 2JZ engine. That’s right, in case you were wondering, BMW and Toyota have been closely mixed together by enthusiasts for years before the two car makers officially joined forces. The legendary 2JZ engine from the Japanese manufacturer is known for being reliable and having a lot of tuning potential.

In this case, the 3-liter straight six was pushed to 1,300 HP and 1,100 lb-ft of torque thanks to 45 psi of pressure pushed through the massive Garrett GTX-42R Turbo.

That’s not all though. In order to keep the internals from blowing up, the owner decided to make some more changes. Those include forged pistons and rods from Powerhouse Racing and a set of billet main caps, while also benefiting from better flow thanks to porting of its DOHC 24-valve cylinder head.

All those things combined with the lightweight overall construction of the E30 M3 lead to a proper rocket on every type of road imaginable. As you can see in the video below, the rear tires stand no chance.