The next-generation G80 BMW M3 is scheduled to enter production in November 2020. Deliveries of first units are expected by Spring 2021. Even though the new M3 and M4 won’t arrive to market until 2021, we expect to see both cars, fully unveiled, sometimes in the second half of next year.

But it’s not only the new M3 and M4 that are going through the final testing stages. Work on the BMW M4 GT3 racing car has already begun and BMW Motorsport says that rollout is planned for the second half of 2020.

Along with the reveal of the BMW M4 GT3, the Motorsport division has also showcased one of the more interesting aspects of this new generation of sportscars – its new kidney grille. Since the debut of the BMW Concept 4, we’ve known that the next-generation M4 will be getting an enormous grille, one that seems large even by BMW standards today. Fans have been extremely curious about this new grille and they get to see a bit of the design in this new image. 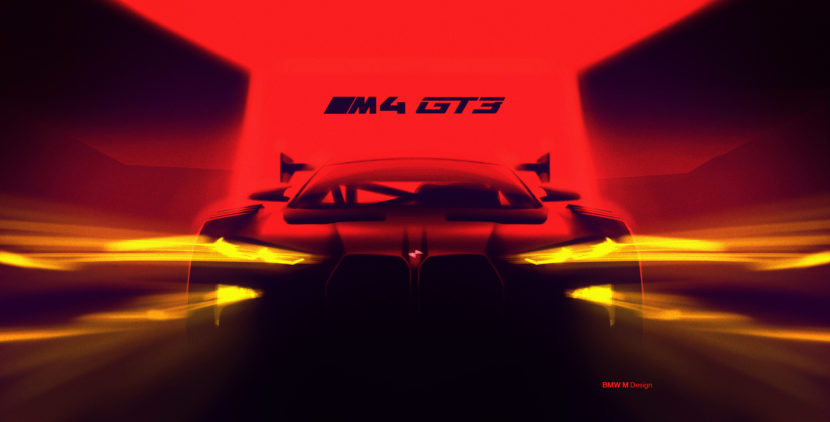 Recently, the M boss Markus Flasch also confirmed the S58 engine. “The next BMW M3 will have the brand new S58 engine that we’re launching in the X3 M and X4 M,” he said. “It will have 480bhp in the standard version and 510bhp in the Competition version.”

In the past, Flasch said that even though the internal name for the manual M3 was “Pure”, that the name was purely a working title. The “Pure” models are rumored to have restyled aprons front and rear, their own wheel design, an optional standalone signature paint job, special fabric and alcantara upholstery, color-coded cabin trim and bespoke instrument graphics.