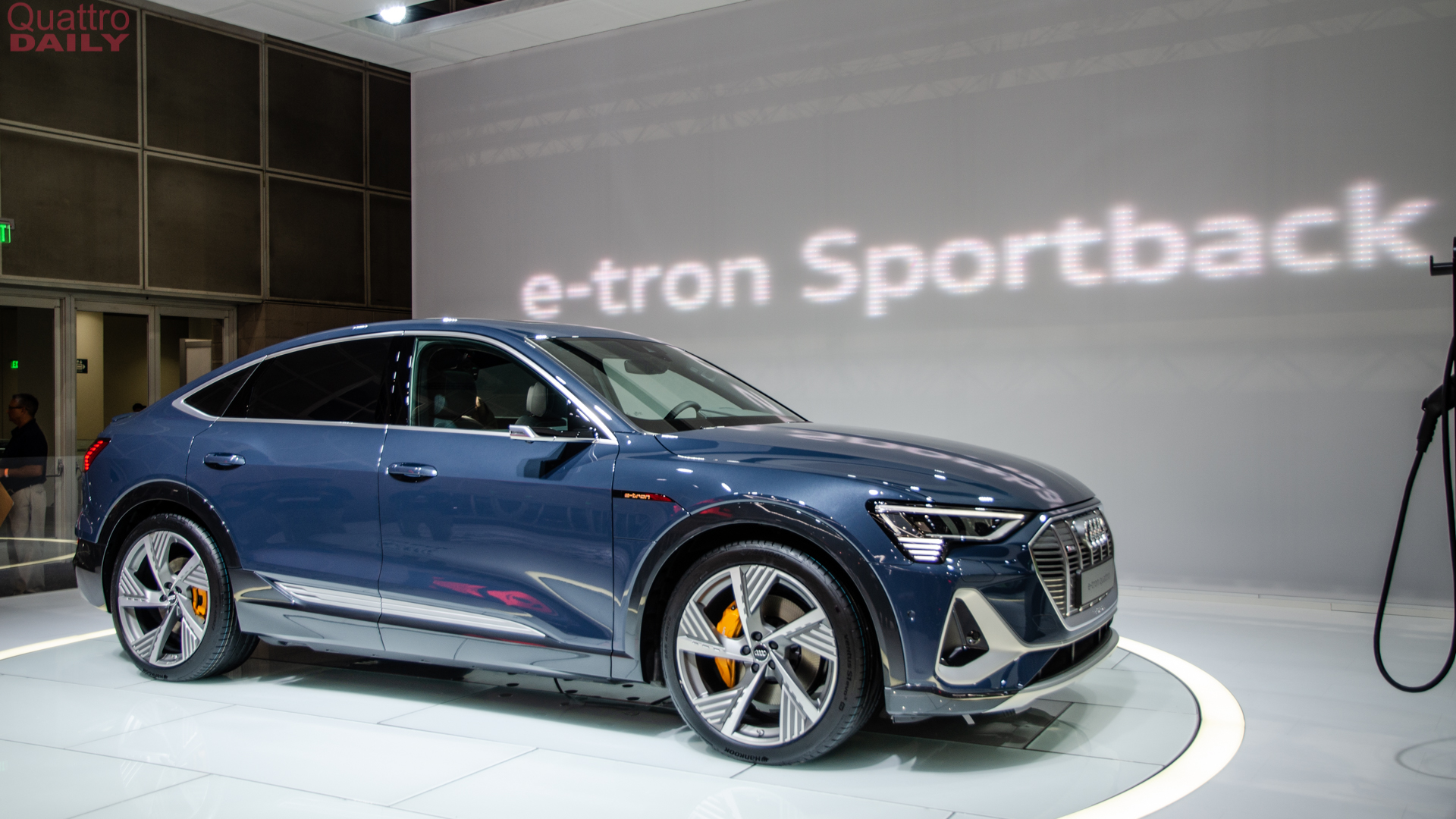 BMW used to have a monopoly on SUV “Coupes” but now several brands make their own. Taking it one step further is Audi, who has not only debuted a new coupe-like crossover at the LA Auto Show but it’s all-electric. The all-new Audi e-tron Sportback is a sportier looking version of the current e-tron SUV. While it’s essentially the same underneath the skin, it’s more stylish and exciting looking. From what we’re seeing here in LA, it looks surprisingly good.

The fact that the Audi e-tron Sportback is essentially the same as the standard e-tron SUV, mechanically, is actually a good thing. We’ve driven the new Audi e-tron and it’s a great electric luxury car. It’s not perfect and it’s not going to light anyone’s hair on fire but it’s extremely comfortable, luxurious and quiet. The new Sportback model just looks better. 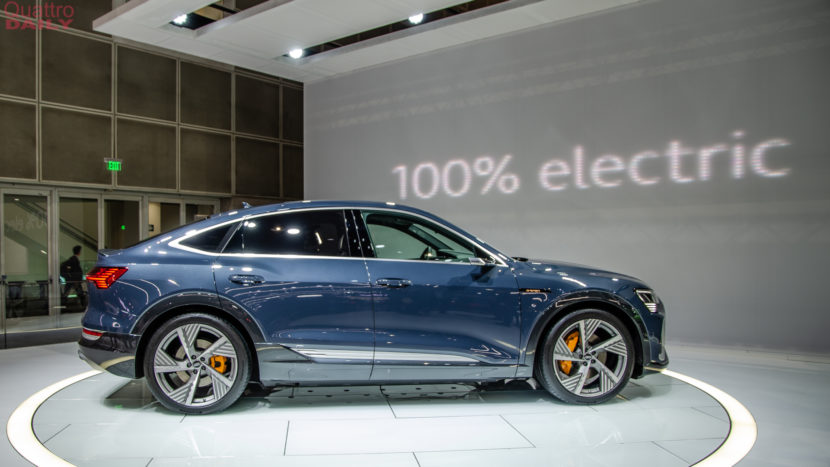 Also, Audi deserves some serious credit for its “SUV Coupe” design language. While there are a lot of fans that like the BMW X4 and X6, it seems as if Audi’ has nailed the coupe-like SUV thing better than BMW has. The Audi e-tron Sportback is a surprisingly good looking car that’s sporty without looking frumpy. It has some nice muscular rear haunches and its aggressively raked roofline looks more sorted than offerings from both BMW and Mercedes-Benz. The fact that this car is all-electric is only icing on the cake.

This new Audi e-tron Sportback has essentially the same guts as the standard e-tron we drove awhile back. So it has the same 95 kW battery pack but it uses more of the battery’s capacity, 91-percent versus the standard car’s 80-percent. Audi claims that this will give it more range while still maintaining its battery longevity goals. Aside from that, it’s essentially the same. 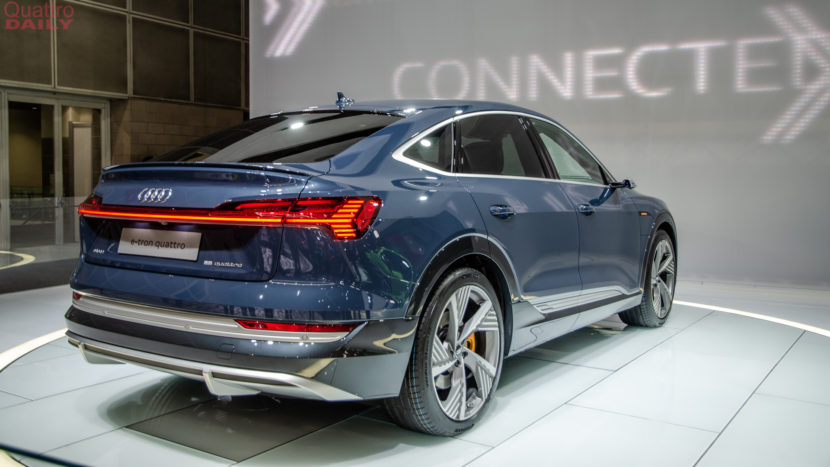 Stay tuned for more cars from the 2019 LA Auto Show, with live photos and video.