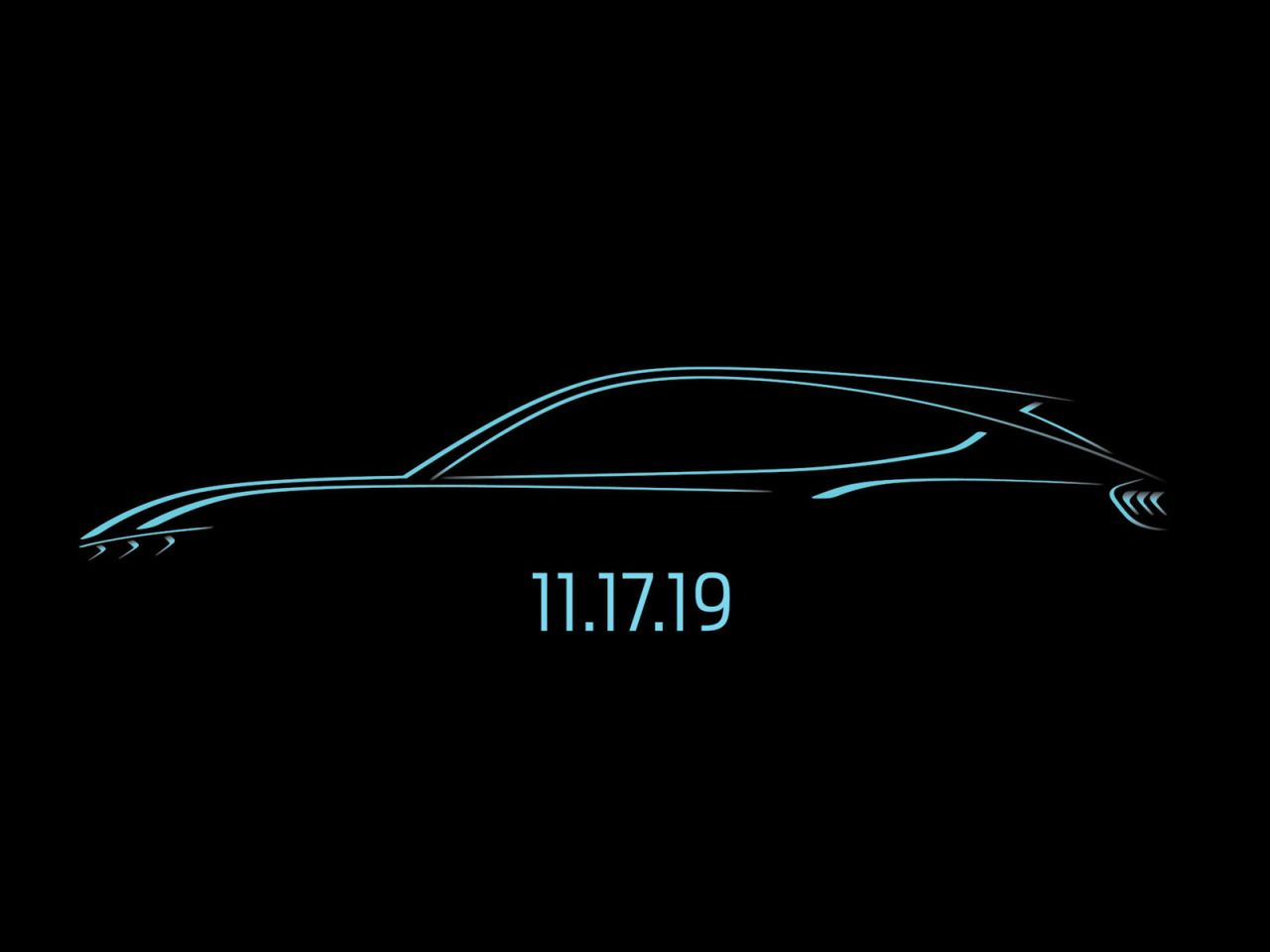 An unfortunate leak has given us an early view of one of LA Auto Show’s big reveals – The Ford Mustang Mach-E. According to Jalopnik, the new electric crossover was bound to be unveiled on November 17th, but a web development error allowed for some images and info to be scooped up ahead of time.

The new crossover is an all-electric car which will arrive in the United States by 2021. The Ford Mustang Mach E is rumored to come in five trims staring at a base price of $43,895, with the most expensive variant priced at $60,500. This puts Ford in the premium segment of electric crossovers, along with the Audi e-tron Q5, Jaguar i-Pace, Tesla Model S (even though priced higher) and the upcoming BMW iX3. Many other automakers are expecting to release their own electric crossovers by 2021.

Furthermore, Jalopnik reports that the Mach-E will be available with a rear- or all-wheel drive, with the former having a range of around 300 miles. Some of the other variants will have an autonomy of 230 to 300 miles.

When it comes to charging, the Ford Mustang Mach-E seems to employ the latest tech in fast charging allowing it to gain 47 miles of range in just 10 minutes of charge.

Design wise, the Mustang Mach-E drops the iconic front-grille and now features a smooth front-end, similar to what you’d see on a Tesla Model 3. Inside, the digital system is comprised of two large displays, again, a trait of newly released electric vehicles.

Nonetheless, it’s quite interesting to see the transformation of the Mustang brand which, just like many other sports brands before, jumps into the SUV world, but with a twist.

We expect to learn more tomorrow and we will also bring you live photos of the Ford Mustang Mach-E from the 2019 Los Angeles Motor Show.