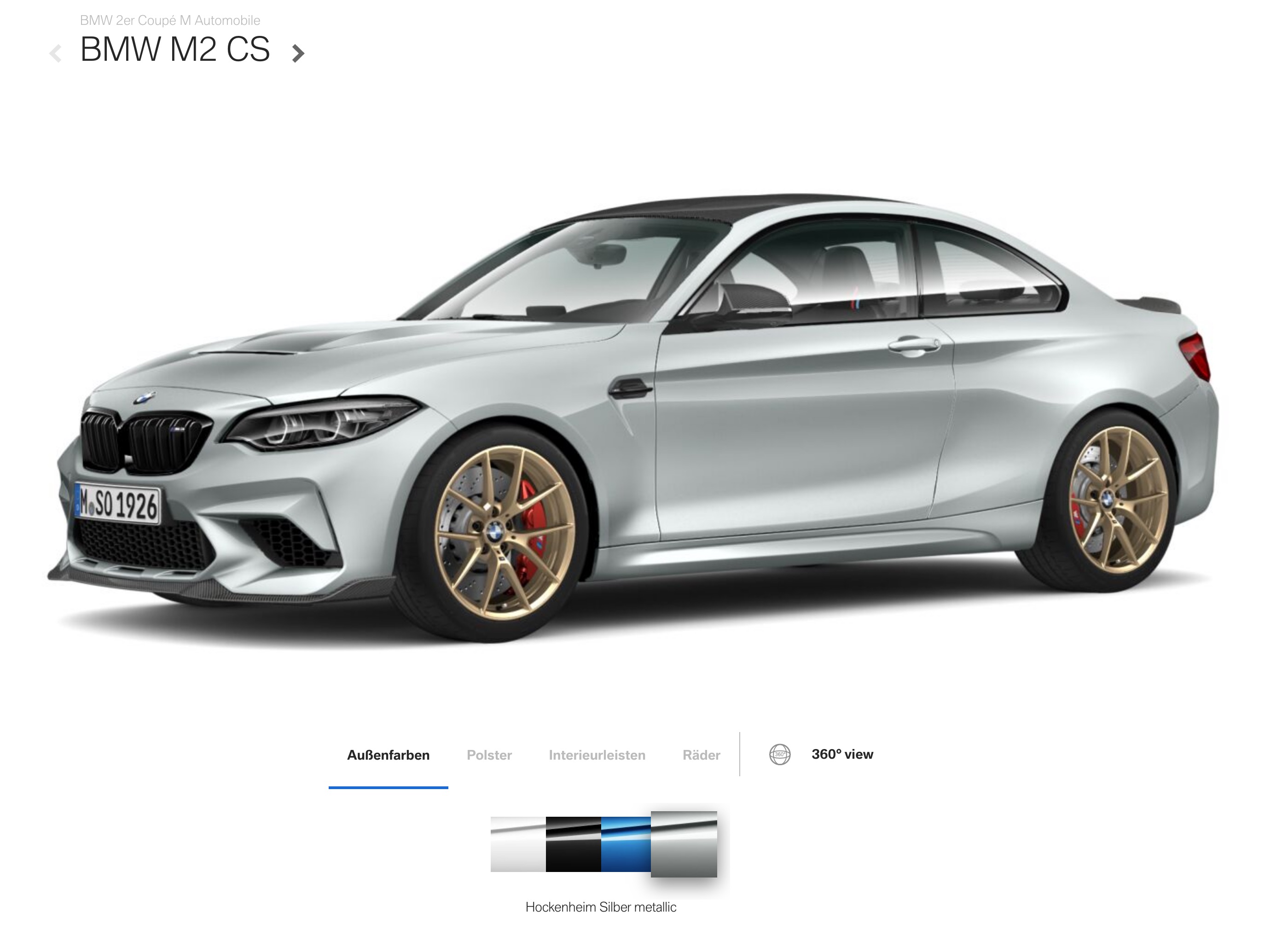 In less than a week, BMW M will introduce their latest baby: the new BMW M2 CS. Short for Clubsport, the BMW M2 CS will have its public debut at the 2019 Los Angeles Auto Show, and a few months after, it will find its way on the track for some press test drives. You might have seen our coverage of the M2 CS, but in case you missed that, here it is. Before its public unveil, several BMW configurators have just gone online giving us a closer look at the small set of customizations for the M2 CS.

Compared to other BMW models, the features and options list of the BMW M2 CS is not that extensive. There are basically four exterior colors – Misano Blue, Sapphire Black, Hockenheim Silver and Alpine White – and one interior option in black. 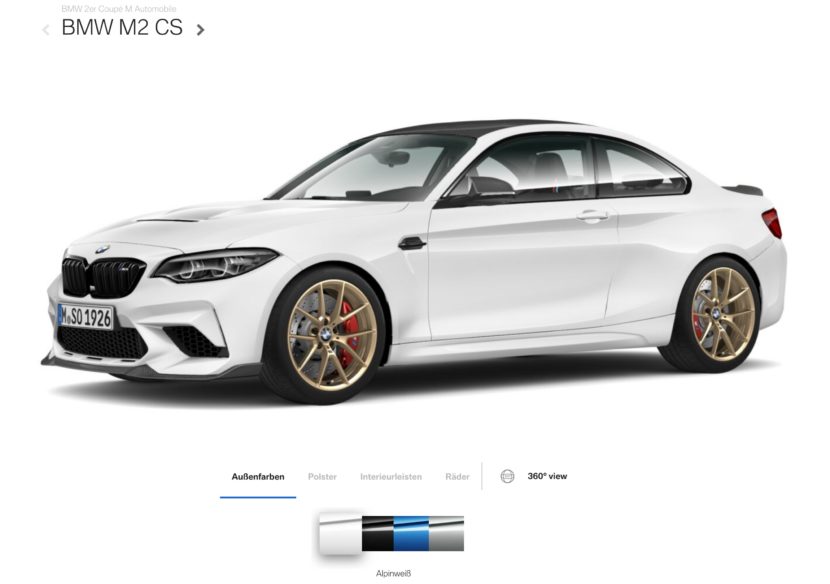 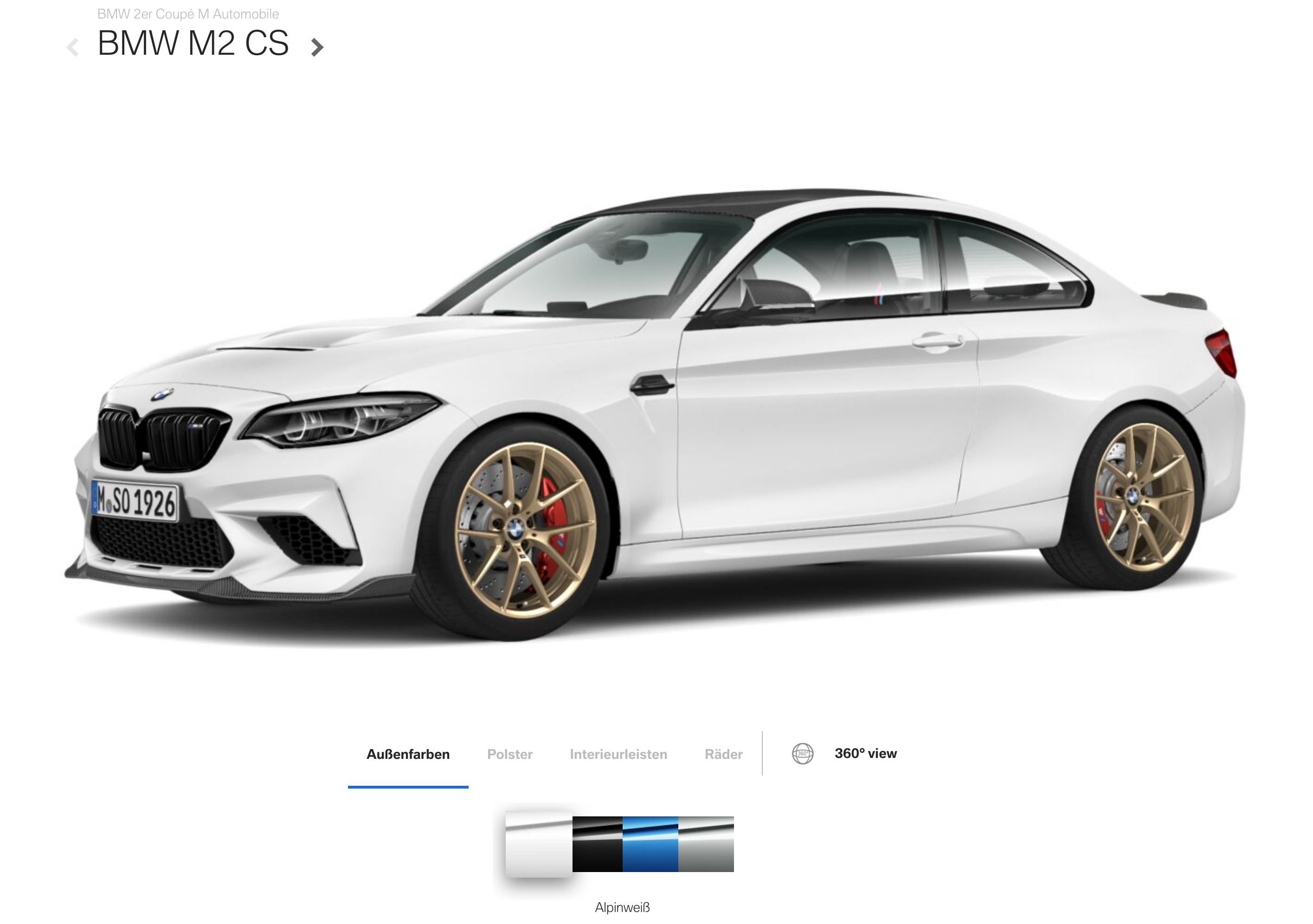 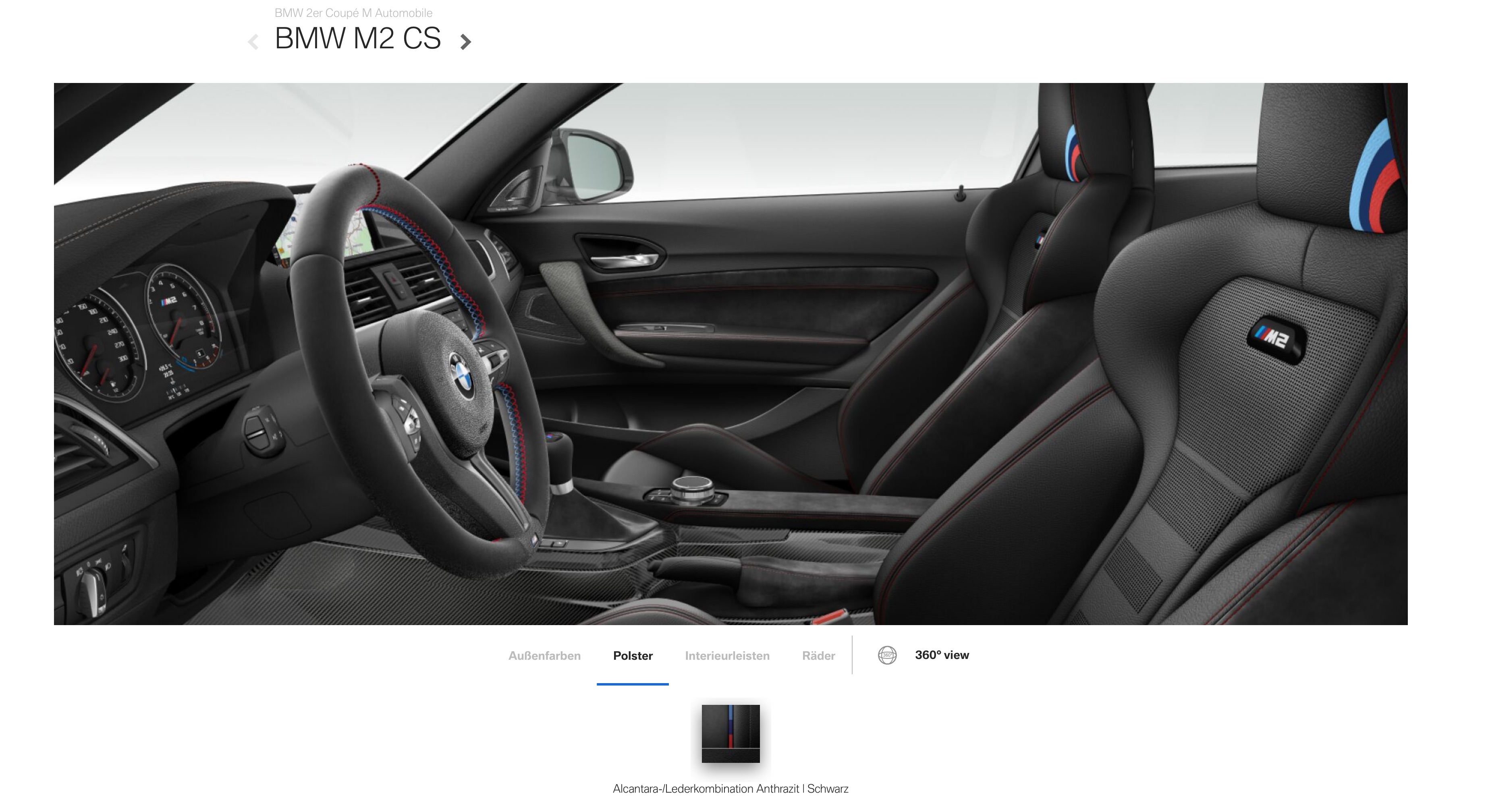 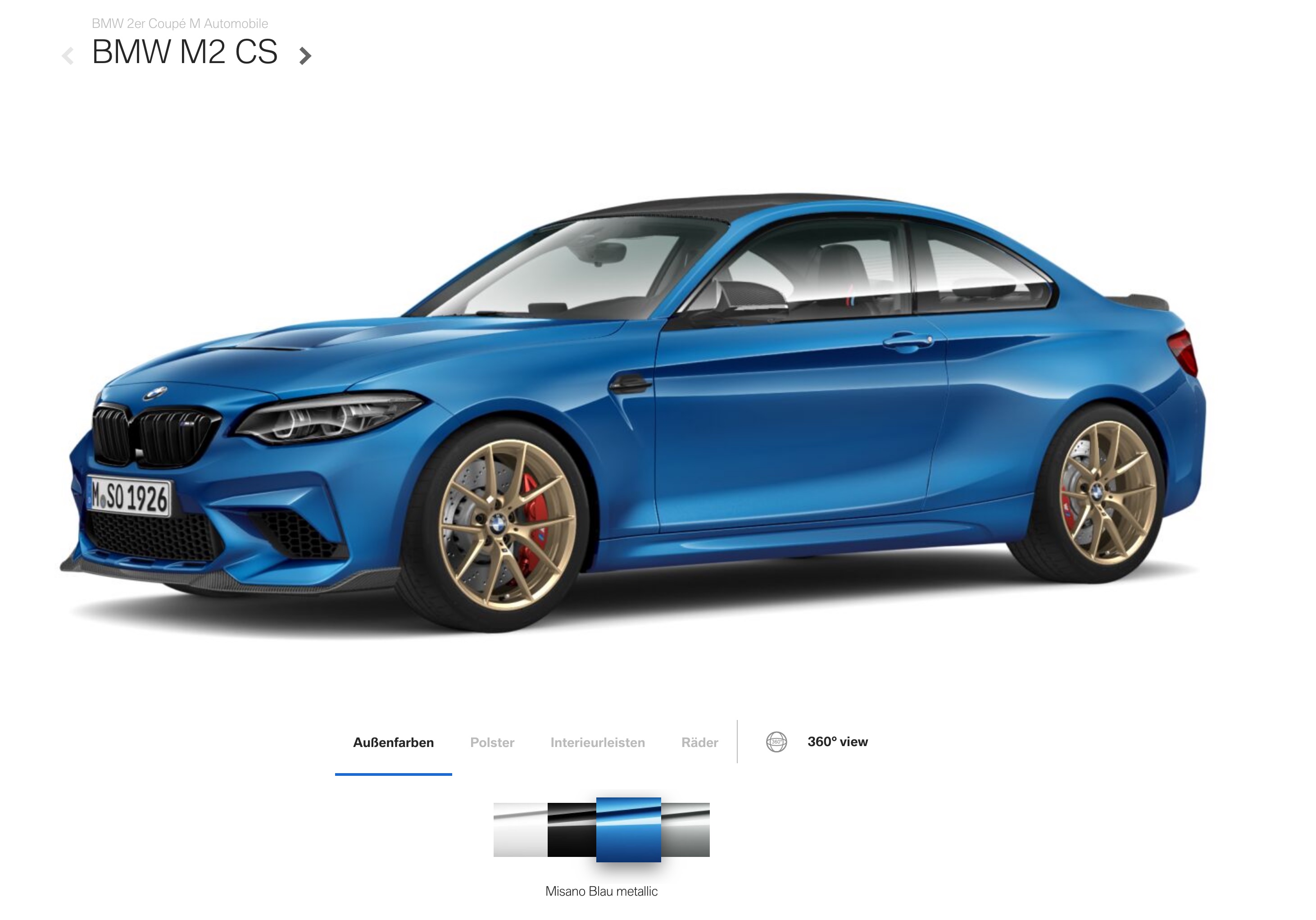 As-standard, the M2 CS gets 19-inch “Y-spoke” wheels that come in gloss black finish. Each front wheel weighs only 9 kg (about 20 lbs) and about 10 kg (22 lbs) out back, on the count of the rears being wider. If you’re feeling snazzy, you can opt for a matte gold finish for the wheels. Those 19-inch wheels are wrapped in ultra-sticky Michelin Pilot Sport Cup 2 tires that have specifically been designed for the BMW M2 CS. Just those tires alone should elevate the M2 CS above its standard sibling. Though, if customers prefer a less aggressive tire setup, which is a bit more usable on the road, Michelin Pilot Super Sports are available. 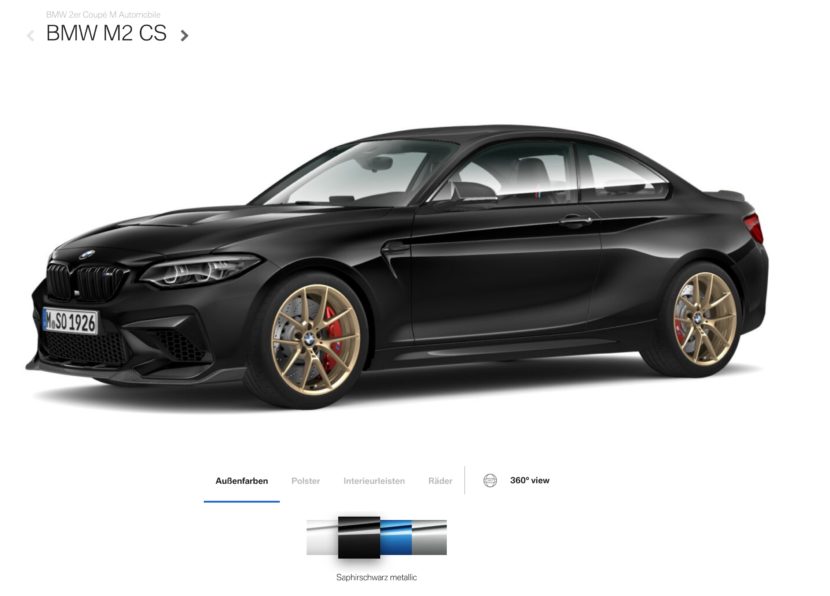 It comes with standard M Sport brakes and an optional Carbon Ceramic setup. What’s interesting is that the calipers on the BMW M2 CS are painted red, which is unusual for modern Bimmers, which get blue calipers as-standard with gold calipers indicating carbon ceramic brakes.

The BMW M2 CS will come with a six-speed manual gearbox as-standard and the optional 7-Speed Dual Clutch Transmission.

There are around 2,200 units produced globally but it’s unclear how many will make it to the United States. There is a 500 units number being thrown around by some magazines, but BMW says the numbers are not finalized. 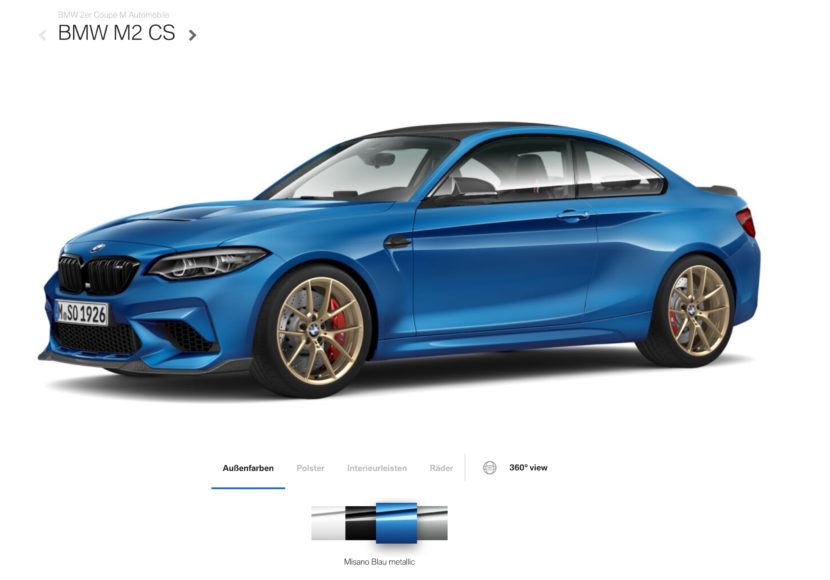