With the revival of the Z4 moniker, BMW definitely entered a new segment, where competition is fierce. Other models in the segment include the Cayman, of course, as well as the likes of the Audi TT and, the Jaguar F-Type. All of these cars were line-up against the BMW Z4 M40i in a recent test carried out by the guys from Fifth Gear. The video below shows how the four cars fared in a straight line acceleration test across a 1/4 mile.

That said, this should very well be a numbers game. The man behind the wheel is also quite capable of handling these cars, as Jason Plato is and has been for a very long time a professional racing driver in the BTCC. First up was the Cayman 718 T, which was the only manual here as well. The Cayman is the lightest of the cars here and comes with a 2-liter flat four engine good for 300 HP and 380 Nm of torque. 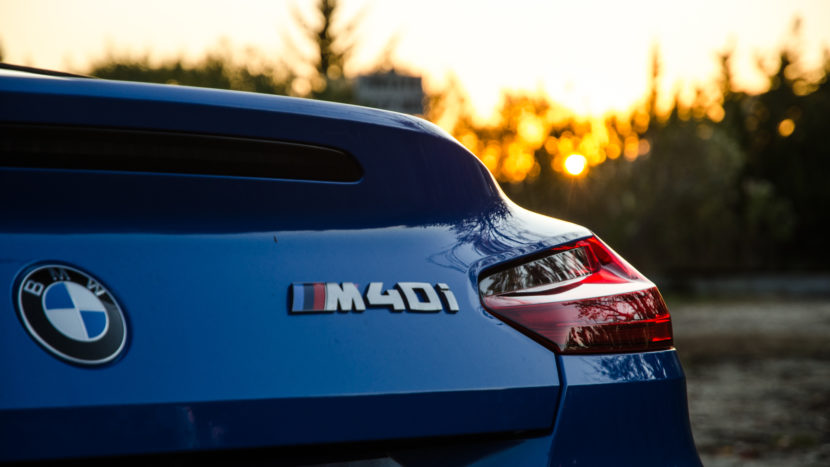 Then there’s the Jaguar F-Type. Some of you may know this already but for some it may come as a surprise to learn that the F-Type also has a model in the range powered by a 2-liter 4-cylinder turbocharged engine. In this application, the car has 300 HP as well, just like the Porsche, but it is 200 kilos heavier. On the upside it does come with an automatic gearbox for a change, so the faster shifts should make up for some time.

There’s also the Audi TT RS, which is not exactly the correct choice here, to be honest. The Audi TT S would’ve been a better comparable car here, as the RS comes with 400 HP. Nevertheless, the guys went with it and, of course, it turned out to be the fastest, thanks to its AWD system and superior power. But what kind of 1/4 times did the cars put in? And how did the BMW Z4 M40i compare? Check the video to find out.

One response to “VIDEO: BMW Z4 M40i vs Competitors in quarter-mile drag race”