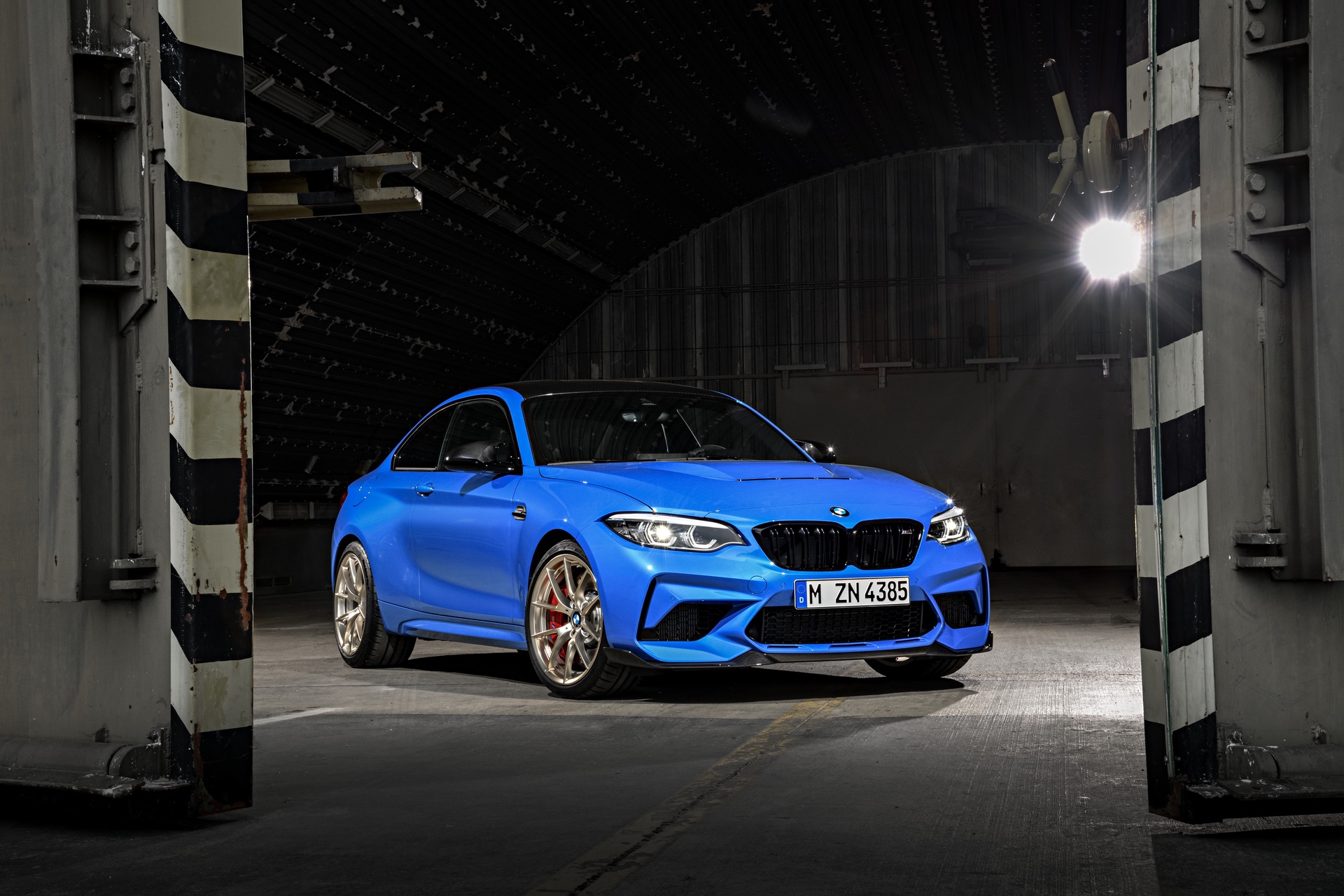 There are a few cars in BMW’s history that are considered untouchable, cars that no enthusiast will ever claim can be matched. One of those cars is the E46 BMW M3 CSL, one of the most iconic cars in the entire hundred-year history of BMW. The car that’s now chasing its heels is the all-new BMW M2 CS, the only car in the brand’s current stable that even has a chance of recapturing that old magic. While we obviously can’t say whether or not that’s happened, as no one outside of BMW has driven it yet, we can look at both cars’ designs.

To be honest, this is a bit of an uphill battle for the BMW M2 CS. The original E46 M3 CSL is the coolest looking version of the best looking 3 Series in BMW history. While the M2 CS is one of the better looking cars in BMW’s current stable, it sadly can’t hang with the stunning CSL.

Up front, the BMW M2 CS is far more aggressive, with massive front air intakes, angry headlights and, comparably, massive Kidney Grilles. While the E46 M3 CSL has a perfectly balanced look to its front end. Everything is simple but sporty, with elegant Kidneys, headlights with the classic notch at the bottom and one of the best looking hood bulges in BMW history. The E46 also has an icy-cool asymmetrical air intake, which adds character that the M2 CS just doesn’t have.

In profile, the M2 CS has its best chance to sit with giants. Its aggressive, muscular and very sporty. However, it has nothing on the perfectly proportioned design of the E46 M3 CSL. The CSL is just beautifully designed and still looks incredible today. The M2 CS’ bulging wheel arches are tempting but there’s nothing like the O.G.

Out back, the new BMW M2 CS does look great, there’s no doubt. Its flared wheel arches give it real presence, its ultra-aggressive rear diffuser looks awesome and its decklid spoiler looks cool. But the E46 M3 CSL is every bit as cool and its simpler design makes it timeless. The M2 CS’ hyper-angry look might age over time but the CSL’s won’t. Let’s call it a draw out back.

Overall, the new BMW M2 CS is a cool looking car but it can’t match the icy-coolness of the old-school E46 M3 CSL. Maybe that’s not fair; the E46 M3 CSL is from a different era, an era with different regulations that allowed its design to be simpler and prettier than what’s allowed today. However, that aside, if we’re looking to see where the M2 CS’ design stacks up among its predecessors, it’s certainly below the CSL.