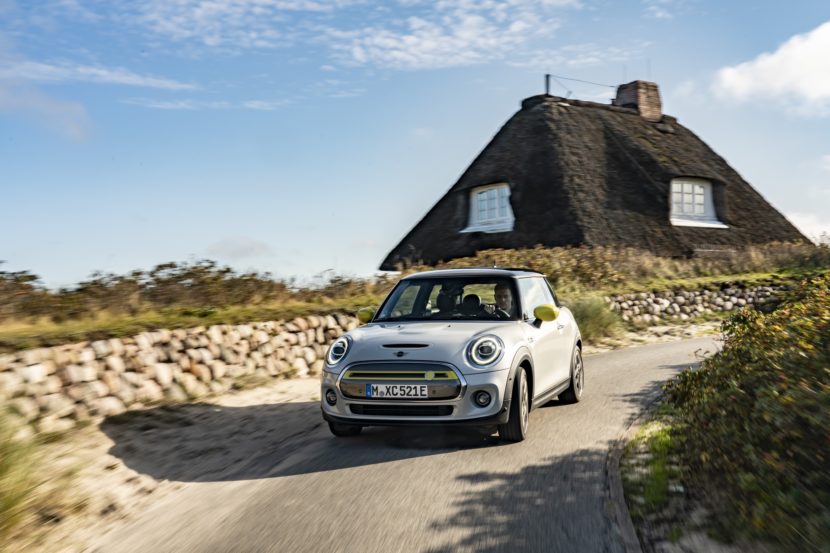 Electric driving has never been more fun. The new MINI Cooper SE shows a substantial versatility for everyday use. After having previously challenged the Nurburgring track without the need to touch the brake pedal, now the electric MINI wants to convince us that it is also suitable for some short-distance weekend escapes from the busy cities.

To prove this fact, the MINI Cooper SE embarked on a 200-kilometer journey from the Hanseatic city of Hamburg up to the picturesque island of Sylt, in the Northern Sea. Due to its specifically developed driving modes, the “green” MINI was able to cover the trip to Sylt and the return to Hamburg without the need of recharging its batteries. 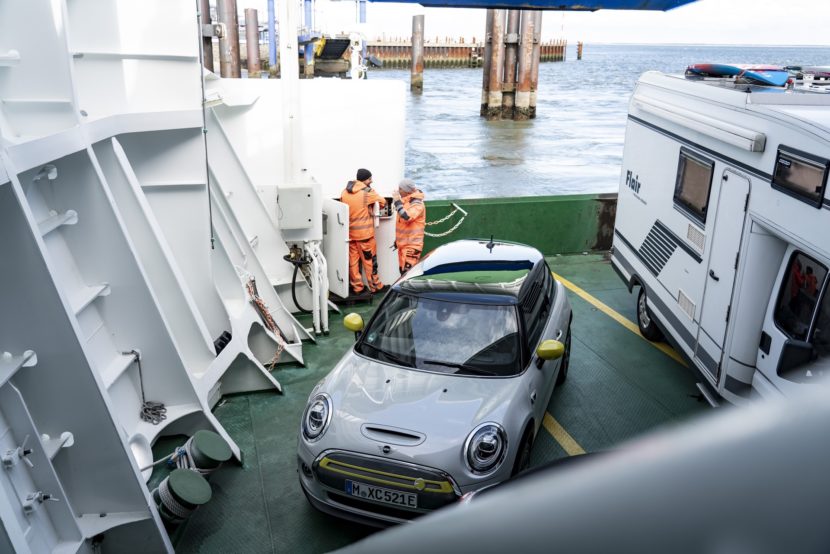 Its official, constructor-declared 100% electric range is estimated between 235 and 270 kilometers and thus is ideally suitable for some short getaways from the crowded city. After the Nurburgring challenge, the MINI Cooper SE has conquered the road from Hamburg to Sylt to further demonstrate its abilities. Sylt is an island under German jurisdiction, located in the Frisian archipelago of the North Sea and part of the Nordfriesland district – Schleswig-Holstein state. 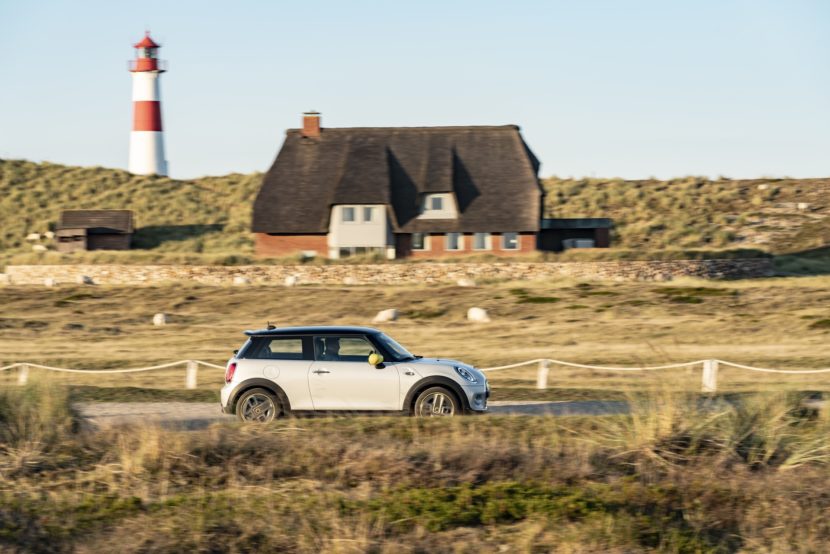 The electric architecture of the MINI Cooper SE comprises a T-shaped battery module configuration, which is installed deep in the floor of the car and also dispersed to contribute to a convenient weight distribution and a low centre of gravity. This configuration also helps the electric MINI to achieve a remarkable performance while also maximizing efficiency.

The output of the electric motors reaches 135 kW / 184 PS (181 hp), while the gross energy content stored in the batteries tops 32.6 kWh. The overall consumption is rated at 16.8 – 14.8 kWh/100 km. Due to efficiency reasons and to not drain the batteries of energy rapidly, the maximum speed achieved by the MINI Cooper SE is limited at 150 km/h, just about enough to ensure a stable consumption and acceptable range. 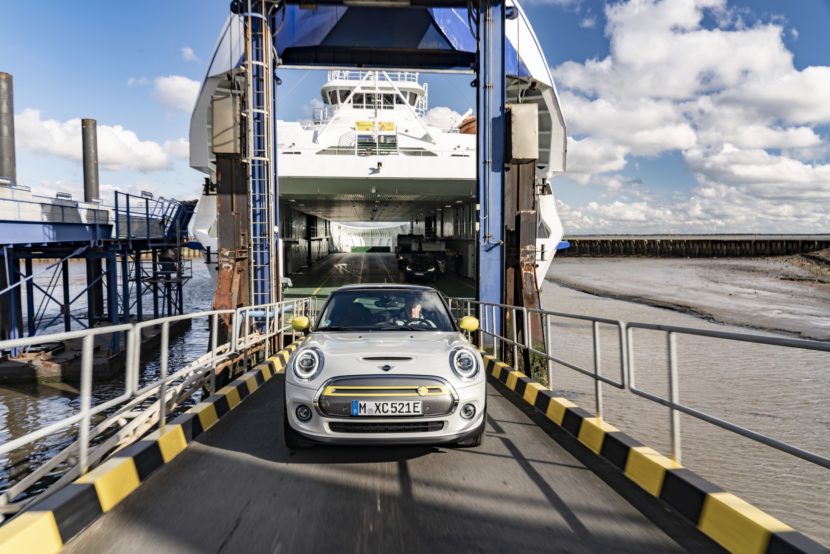 The MINI Cooper SE starts its expedition from Hamburg to Sylt with its batteries fully loaded of electric energy. The car will be running on its own juice till the town of Niebüll, where it will be loaded onto the German Rail Sylt Shuttle as to cover the final part of its trip “to the island”, as the Hamburg residents call it.

Upon arriving at its destination, the Cooper SE has just about the right amount of “juice” remaining as to complete an introductory, scouting ride on the island of Sylt. 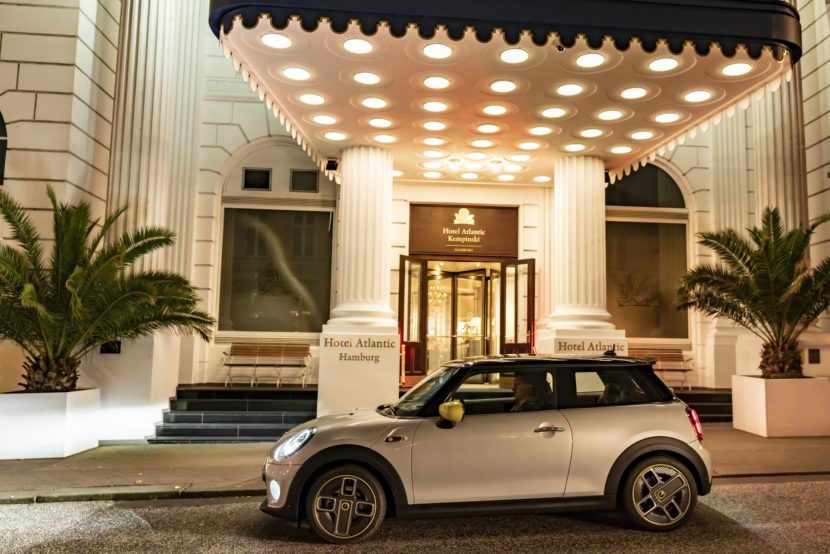 Charging on the island is not more expensive than on the Germany mainland, as Sylt boasts an extensive network of recharging facilities. However, the charge points are mostly available in the cities located on the island, such as the capital Westerland, Heitum or Munkmarsch harbour town.

So, if you want to have a longer stroll and admire the sheer beauty of Sylt, such as the dune landscapes stretching from Hörnum in the south to the “Elbow” spit beyond List in the north, you will definitely need to take care and fully recharge the car before driving away. A quick recharge up to 80% will take about 35 minutes. 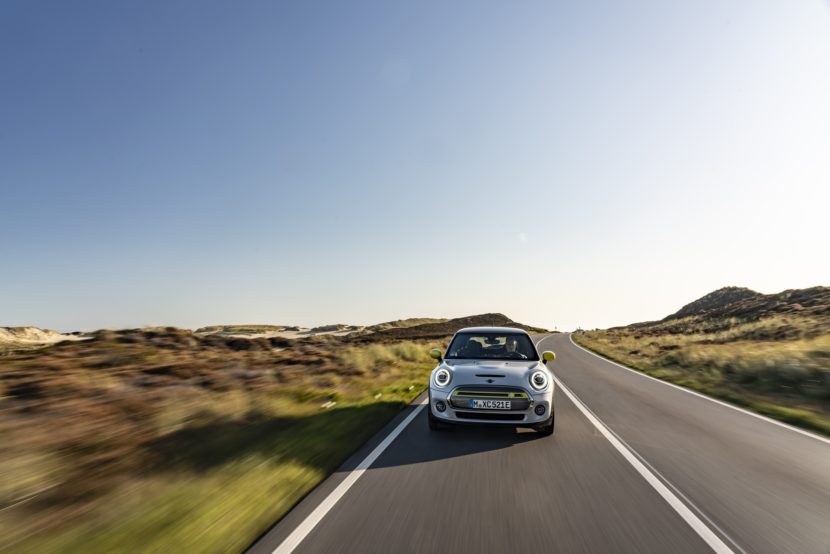 The way back to home in Hamburg implies using the ferryboat, which brings the travelers from the island back to the mainland. The crossing through the North Sea usually takes about 40 minutes. The Sylt Express, as it is entitled, offers the possibility to recharge the electric MINI at no extra cost, as the price for this operation is already included into the ferry fee.

With the extra energy stored in the batteries and making use of the particularly efficiency-oriented GREEN+ mode, the MINI Cooper SE is capable enough to relaxedly and securely accomplish the last leg of the weekend: return back home to the Hanseatic city of Hamburg.